As the tour concluded for Liars’ 2017 release Titles with the Word Fountain, Angus Andrew was already itching to make new music and began sketching out demos and recording what he could with jazz drummer Laurence Pike, multi-instrumentalist Cameron Deyell, and lyricist and wife Mary Pearson Andrew by the end of 2019. Then, Andrew sat with his new songs for a year, before The Apple Drop.

“I was able to be in isolation with the material, so it was kind of perfect,” says Andrew of his time reconstructing The Apple Drop during the lockdown in 2020.

Collaborating added another new layer to the collection of songs for the Brooklyn, New York-based Australian artist; his wife Mary Pearson Andrew even helped smooth out the lyrical patterns throughout The Apple Drop. “My goal was to create beyond my abilities, something bigger than myself,” shares Andrew, the only constant Liars member since forming in 2001. “For the first time, I embraced collaboration from an early stage, allowing the work of others to influence.”

Nothing falls together as it seems on The Apple Drop with Andrew in a newfound state of exploration and aligned with a different trajectory of writing, documenting pieces of the past in the present. “Some of the songs are older, the genesis of them, maybe a melody or a vocal line,” says Andrew. “There are things that I had always wanted to develop and grow.”

The Apple Drop is transfixed on the illusory, and layers of drum, bass, and lyrics making their way around the music, a partial reflection on starting anew, following the departure of longtime Liars bandmates Aaron Hemphill and Julian Gross, and newer beginnings, making Liars more of a solo project.

Experimenting within a jazzed-up space of simmered EDM and glossier instrumentation, The Apple Drop reveals varied moods enhanced off “The Start” and the more agitated “Sekwar” with Andrew’s refrain I’ll fight first. “Star Search” offers eerier moments of stillness and crash, through the pulse and thrash of “Big Appetite” and “From What the Never Ways” into the dance macabre of “Leisure War,” the slower crooned ‘King of the Crooks” and hissing trip of “Acid Crop.”

“Songs always come in a different way, and I just have to always be ready and willing to accept a song when it decides to land in my hands,” says Andrew. “Whatever way the songs come to me is sort of a mystery.”

On The Apple Drop, Andrew tried some different things, including experimenting with the psychedelic psilocybin. “It forged new neural pathways in my brain that probably weren’t connected before,” says Andrew. “That allowed me to look at the songs on the record in a way that was a bit more retrospective, and I confronted the catalog of work that Liars created.”

Andrew adds, “I’ve never been a person who goes back to things that I’ve finished. I’m not a real fan of the end product. I’m more of a process kind of person. I tend to judge the success of a project on how the process went, rather than the end result.”

Spending more time with past Liars albums, from the 2001 debut They Threw Us All in a Trench and Stuck a Monument on Top through the ninth and most recent Titles with the Word Fountain, Andrew found his way around The Apple Drop. “I haven’t really spent any time with the past Liars records, and that has to do with other things—some anxiety or insecurity— but I did gain the strength to look back at those and allow them to inform the way this one came together.”

A play on the psychedelics and the idea of an acid drop, the album also weaves through Sir Isaac Newton’s law of gravity. “I was considering the steadfast qualities of science where you must accept the state of things, and so the apple dropped from me is also this kind of eventuality of understanding,” says Andrew. “The moment the apple drops is when you understand, but it’s also this idea that you can’t stop it from dropping. I’m working more in terms of a circle or a spiral, and The Apple Drop’seemed to fit that for me.”

Sonically, a consistent pulse of drums was the vein of the album, for Andrew, before contemplating how the lyrics functioned on the album.

“I started to rely on a kind of narrative thread, which isn’t necessarily sequential,” says Andrew. “I wanted this record to play out like a screenplay in the sense that you could move through it as a listener, in a way that.”

Reflecting on the past 20 years of Liars, each piece of music is a time capsule of Andrew’s life, a summation of characters, sounds, and other illusions.

“I realized how lucky I am to be able to look back over 20 years and have these chapters that tell me a lot about where I was at that time,” says Andrew. “It’s definitely one of the benefits of being a creative person. You’ve made things that you can reference and in some way, it’s got to help with the idea of the eternal search for meaning. Maybe, essentially that’s really what we’re doing when we’re making art.” 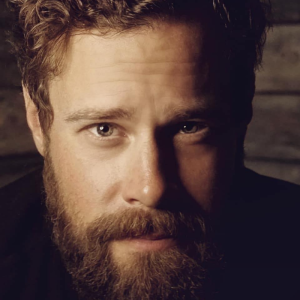 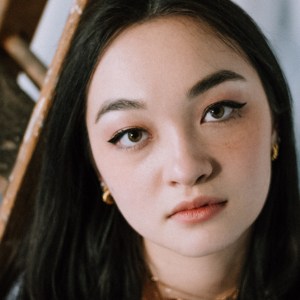