Just weeks into global lockdown last spring, Lilly Hiatt’s fourth record Walking Proof entered a world that was closing in around her East Nashville apartment. The album, broadly acclaimed for its pioneering soundscape through kinetic production, did not fall upon deaf ears. But an industry-wide halt on touring prevented her from delivering the goodness to her audience the way she intended, through live performance.

Her pandemic project, Lately — released October 15 via New West Records — evokes the slow crawl out of a slump after everything came to a screeching halt. After venturing out of her shell with the acclaimed rock-edged album, her new LP is a collection of recordings from her retracted state of introspection.

“By that summer, something inside me felt so vacant and I needed to find something, and I needed to find it quietly in my apartment,” Hiatt tells American Songwriter. “I didn’t want to do anything self-destructive or drink. I was also bored, which sounds like a luxury now. I didn’t have to be anywhere, and I had all this time, so I had a lot of things brewing within me. I thought, ‘Well, I might as well create what makes me happy.’”

Alone with storming thoughts, Hiatt self-soothed with songwriting. The practice runs deep through her roots, handed down from her father, John Hiatt—a hero of folk music tradition. Like an heirloom, her talent beholds a strong sense of identity. So returning to songwriting provides a deep sense of comfort in the most troubling of times.

“I wrote a bunch of songs and I knew that some of them were songs that people would never hear, and I didn’t really care,” says Hiatt. When autumn finally turned after a blistering summer of socio-political turmoil and racial unrest, there were a few songs she felt like playing again. She adds, “For me when I have those, it’s like ‘Why not record them?’”

She called her friend and drummer Kate Haldrup to create some demos together before she even conceptualized an album. She would return to the studio as she wrote, she would record them at Death Ladder in East Nashville. “I wanted to kind of get them when they were fresh, so I didn’t think too hard about the arrangement or anything,” says Hiatt. “I just wanted to lay them down the way they were written.”

This meant Hiatt’s recordings were mostly of her and her acoustic guitar. Her intention with the stripped-down approach varied from her previous work in that she let her gut lead her through the process. “I really just wanted the songs to be laid bare, minimally arranged,” says Hiatt. “There are moments when Kate and I picked it up a little bit, but most of them I kept mid-tempo and didn’t try to stray too far from where they began.”

These 10 tracks, each an outtake from forced inward-facing meditation, are strung together by a straightforwardness that the 37-year-old has actively avoided since her 2012 debut, Let Down. Undisguised by shimmering production, her candid lyricism delivers these songs as snapshots in time, pasted together like a scrapbook to return to when you want to remember.

The opening track “Simple,” does just that. As she strums delicately, the generational artist reframes her prioritizes in what proved to be a pivotal moment for many. Opening lines illustrate a memory like a polaroid photo. The veteran songwriter wields nostalgia to describe the quintessentially familiar scene—her father’s music soundtracks an intimate birthday celebration for her brother in the Hiatt home.

Simple things can take me right back there / A place I thought I left behind somewhere / A sky that opens up like love so vast / I take a picture in my mind to make it last, she sings, achingly through raw vocal strength.

This sentiment tumbled through a storyline steeped in similar moments of small revelations that render a new perspective.

Hiatt stumbles to select a favorite song, but after a bit of humble contemplation she points to “Better.” Well-positioned at second-to-last, the slow-burning ballad marks the beginning of some type of resolution. But it’s not the feel-good type. The gentle-flickering of the instrumentals illuminate an otherwise dark story of disillusionment. Ever-ambient vocals highlight hard lessons learned, but acknowledging those missteps is part of the healing.

To keep her audience abreast, Hiatt delicately recounts the reality of life as of late. With little to attend to in the present, the artist returned to the root of the pain she had learned to live with for so long. She opened old wounds, picking through scabbing layers of heartache and what it means to be home. Once exposed, the raw emotion behind her hardened shell left Hiatt vulnerable to the elements with no other choice but to self-mend.

“I don’t have a lot of regret in my life because I’m really grateful for all the experiences,” she concludes. “But there’s a hint of remorse in there, and that’s just fine. So I’m kind of facing that a bit through a quiet, physically stagnant time, but an emotionally stirring one. A lot bubbled up that I suppose I hadn’t taken a lot of time to consider and that was a good thing. And there’s an intention to move forward—let’s keep on keeping on. What else can you do?” 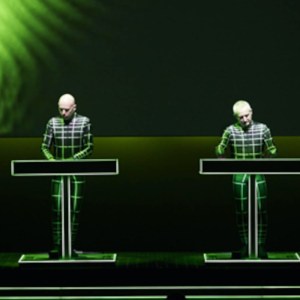 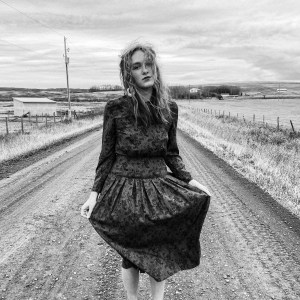