Singer, songwriter, musician, producer and Songwriters Hall of Fame inductee Linda Perry explains her successful career in this episode of Songcraft. She served as the lead vocalist and primary songwriter of the group 4 Non Blondes, who is best known for “What’s Up?” the Top 15 pop hit. Following a couple of solo albums, Perry emerged as a powerhouse songwriter and producer thanks to her work on P!nk’s multi-platinum Misundaztood album. The debut single, “Get the Party Started,” which Perry wrote solo, was a global smash. She followed it up with another solo-written composition, “Beautiful,” which became a chart-topping ballad for Christina Aguilera that earned a Grammy nomination for Song of the Year.

Subsequent chart success came with Gwen Stefani’s debut solo single “What You Waiting For,” Alicia Keys’s “Superwoman,” Ariana Grande’s debut single “Put Your Hearts Up,” Miley Cyrus’s “Hands of Love,” and additional singles for Aguilera, including the Top 10 hits “Hurt” and “Keeps Gettin’ Better.” Recently, Perry collaborated with Dolly Parton on the soundtrack of the film Dumplin’, including the song “Girl in the Movies,” which was nominated for both a Golden Globe and a Grammy award.

Perry is also a four-time Grammy nominee, including a 2019 nomination for Producer of the Year, making her the only solo female producer to ever earn a nomination for their work producing other artists. The long list of artists Perry has produced, collaborated with, or had her songs covered by including Adele, Courtney Love, Cheap Trick, Faith Hill, Britney Spears, KT Tunstall, Weezer, Pat Benetar, Solange, L.P., Joan Jett, The Chicks, Vanessa Carlton, Celine Dion, Elvis Costello and Lady Gaga. In addition to her prolific songwriting and production activities, Perry is a multi-faceted music industry entrepreneur, having worked as a music publisher, manager, or mentor with artists such as James Blunt, Dorothy and Natasha Bedingfield.

Listen to the 4 Non Blondes’ “What’s Up?” below and find out more Songcraft episodes here. 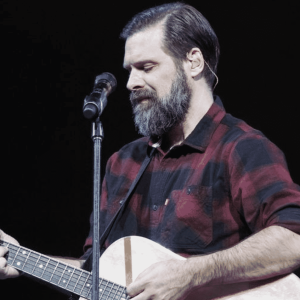