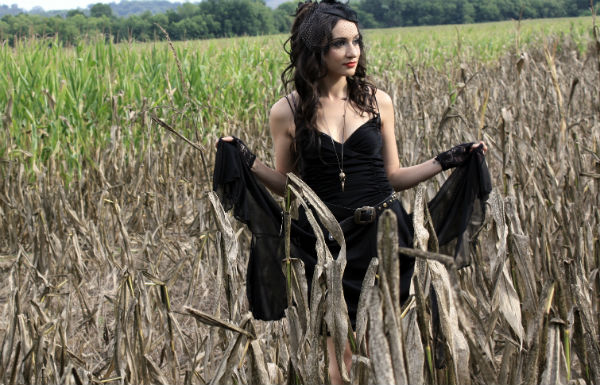 After moving from Toronto to Nashville, Lindi Ortega is back with Cigarettes & Truckstops, the followup to last year’s head-turning Little Red Boots. We spoke with the singer-songwriter, who had a cameo role in last week’s Nashville, about picking up and leaving, the first song she ever wrote and more.

Tell us about your decision to move to Nashville. What prompted it? How are you liking it?

My decision to move to Nashville came because the idea was to record my next record Cigarettes & Truckstops there. I wanted to be where the action was. In addition to that, I had been reading a lot of biographies of some of my country music heroes and found most of them had a tie to Nashville, either they had lived in Nashville, or musically spent a significant amount of time there. I thought it would be great for me to be where the history was and absorb as much of it physically as I could, i.e, retrace the steps of people like Hank Williams and Johnny Cash.

Your new album is called Cigarettes and Truckstops. Do you spend much time around either?

When I was on tour I sure did. Being in a van or tour bus with a lot of people, there are of course a few smokers, in particular, a fellow I had been seeing one time was a smoker and that was part of the memory for me. having our bus pull into truck stops to refuel and him going out for his smoke break. Its just an image that is slightly nostalgic for me whenever I pull into a truck stop these days and see people having a cigarette, it reminds me of that time.

You’ve opened for everyone from Dierks Bentley to Social Distortion. What’s it like being the opening act for passionate fans of someone else’s band?

I think it’s great. Of course when it came to Social Distortion there was a bit of a worry initially on whether they would accept the kind of music I do. But I was pleasantly surprised by the SD fans. They have been some of the best crowds I’ve ever played for.

What was the first song you ever wrote? Tell us about it. What’s the last song you wrote or started?

The first song I ever wrote was a tune called “Faded Dress” about how I got dumped before prom and never got to go! The last song I wrote was with John Paul White of the Civil Wars and it’s a dark little ditty called “Dirty Knees” about crawling out from under the things that are bringing you down.

There is no formula for me. I do it every which way. Sometimes entire songs just pour out … and sometimes I work at them for months. Sometimes it’s lyrics first… or ideas … other times it’s a guitar part. I just go with it … whatever happens.

I just always try to pick the tunes with memorable melodies.

All sorts of things. Everything from the quest for love to being disenchanted with it, to philosophies on religion, to iconic figures, to loneliness and the things we do to ease it or be one with it.

“Heaven Has No Vacancy” I suppose because it tackles a subject matter that’s never sat well with me. I usually don’t like to fully explain every song of mine because I like people being able to interpret lyrics in their own way … This particular song tackles the idea that suicide victims are not allowed into heaven. I wrote it after watching a documentary called The Bridge. About people who commit suicide by jumping off the Golden Gate Bridge. There are a number of religious ideologies that I struggle with …  and this is definitely one of them. I think if a God is supposed to be all loving, then our saddest souls should be welcomed into his arms not turned away.

I feel a bit strange calling myself a fan of my own lyrics. I personally feel I am still growing as a songwriter. But I do love this co-written line from a song called “The Day You Die” that was co-written with Bruce Wallace.

“You said you’d love me till the cows come home, so I’m hoping that they all go blind, get lost out on some dirt back road, and just hang around for someone else to find.”

I think I appreciate all words.

Mary Margaret O’Hara, The Album Miss America is one of my absolute favorites.

“Bird On A Wire” by Leonard Cohen, because it sums up the human condition. Our imperfection … It’s about how we try …  it’s about who become within the limitations of who we are. 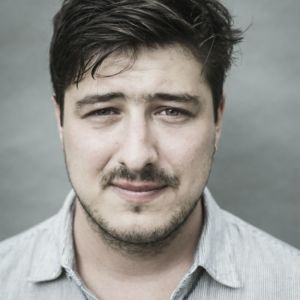 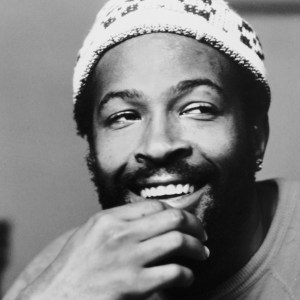