Today, Lucy & La Mer—the project of Los Angeles singer-songwriter and social media personality Lucy LaForge—returns with her first single of 2021. Premiering below with a lyric video, “Rollercoaster” is a buoyant, technicolor bop about a first-time queer romance.

“My first relationship with another woman was a wild ride,” the indie pop artist says in a statement. “I had no idea what I was doing. I learned a lot, especially about how gender norms are deeply instilled in us. But also, I discovered how easy it is to be with someone when you are being one hundred percent yourself.”

The track opens with an iconic, tongue-in-cheek meet-cute: We made out in the bathroom at a Halsey concert / You said you were lonely, I said I’d been hurt, Lucy sings in a playful, bouncy melody. You didn’t know it then, but you were my first / Didn’t think it would last, held on tight to your skirt.

Later, Lucy nods to the bumpier, more confusing parts of the relationship: Fighting about nothing, losing my mind / If I make you happy, why you crying all the time? What comes next is a spoken-word interlude that you’ll have to hear for yourself.

“While waiting for a red light to change, I caught myself daydreaming of my first relationship,” Lucy tells American Songwriter of the song’s conception. The relationship “was unpredictable, passionate, and wildy confusing. And even though it halted to a stop, I still feel those fluttering feelings when I think of them. I started tapping the steering wheel along to the [beat] of my turning signal—something that happens a lot when I’m driving—and began singing on my way home.”

“It was one of those songs that comes all at once,” she continues. “Like a memory flashback that you have to write down quickly before you forget it again. I saved the melody and lyrics on a voice memo on my phone, and that’s what I sent to my producer [Grant Sayler] to start the track.”

For Lucy, it was an optimal writing experience. “It felt good to be in that headspace again, and to write from a place in time where I didn’t have any walls up,” she says. “I was able to write from the perspective of my former, very optimistic, self.”

Eventually Sayler finished the song using vocals that Lucy recorded in her parent’s closet, due to Covid-19 restrictions. “[He] really brought the song to life with an upbeat, whimsical track,” says Lucy. “And he kindly volunteered to be the speaking voice that you hear on the bridge, explaining how society puts pressure on women to hold their strong emotions inside constantly.”

“Rollercoaster” follows Lucy & La Mer’s 2019 EP I Feel Better Now and her 2020 single “Better Than I Was Before.” Last year she also released an acoustic version of her breakout 2019 single “Not a Phase” (with Jessie Paege).

Lucy cites Brandi Carlile and Kacey Musgraves as two major inspirations. “[They] both come across very clearly and sincerely in their music,” she explains. The singer-songwriter also cites her father as an inspiration. “My dad, who often covers John Prine songs, has a way of making a song his own. His love and appreciation for a good song is always inspiring. More recently, I’ve been loving JP Saxe’s casual yet intimate storytelling. I just love hearing songs that make you go, ‘Ahh, I wish I wrote that.’”.

You can pre-save “Rollercoaster” here, follow Lucy & La Mer here, and check out her new lyric video below. 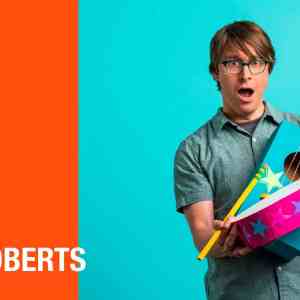 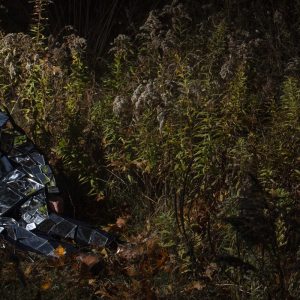