Seven years ago, Maddie & Tae took the country music industry by storm with their debut single, “Girl in a Country Song.” In flipping bro-country tropes on their head, the duo not only demonstrated a bold attitude but their knack for smart, thought-provoking songwriting. Madison Marlow and Taylor Dye have continued delivering on that foundational piece, from songs like “Shut Up & Fish” to hit single “Die from a Broken Heart,” throughout their entire careers to-date.

During an interview on The Ty Bentli Show on Apple Music Country this week, the pair spoke openly about what kind of legacy they have already forged in the country space. “I don’t think we’re there because of the success. I think we’re there because of the perseverance. I think that looking back and knowing that we didn’t get shaken by adversity and we just held our own and stuck together,” offers Marlow. “I think that is what gives us the confidence. It’s just really hard for me to freak out now because I’m like, ‘We have been through so much in our career and so many ups and downs that it’s kind of hard to throw us off our game now.'”

“We had gotten so caught up in, we were happy when we were doing well in our career and when we were playing more shows and whenever, our offers were higher, nominations. That was kind of what was bringing us joy. And when all of that was stripped away, it was like, ‘Okay. I can choose to be happy right now, even though I don’t have any of those things. And what I do have as a family, friends, and a house, animals,'” Dye adds. “Things that we kind of pushed to the side, like, ‘Yeah, yeah. Those will always be there.’ Became what brought us joy, and those things are consistent for us. We’re thankful that they are, but in the career stuff, ain’t it all, but that’s okay. And we’re just making music for the love of it now, which I think is bringing us a lot of joy.”

With two new songs “Woman You Got” and “Mood Ring,” Maddie & Tae hope they serve as “nice introductions to the new album,” teases Marlow. “We really kind of got to spread our wings on this one. With ‘Mood Ring,’ it’s real funky and gritty, something we haven’t really done before. So, we experimented a lot vocally, instrumentally, but we still have the same producers as the way it feels. So, it was really cool to get to kind of challenge ourselves and just kind of dive into different worlds. Fun fact about ‘Mood Ring,’ John Osborne from Brothers Osborne played the solo. That’s why it’s so amazing.”

In the conversation, Maddie & Tae also discussed finding themselves in autopilot and how they stay grounded. Check out the full episode here. 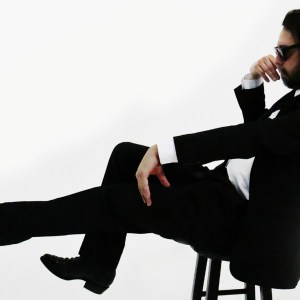 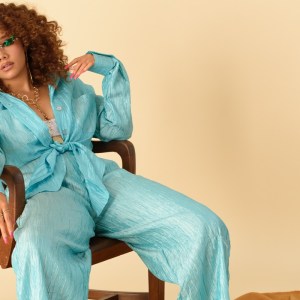