When Maddie & Tae released their 2015 debut single, “Girl In A Country Song,” they became only the third female duo in 70 years to top country airplay charts. Their new single “Woman You Got”—co-written by Maddie & Tae’s Maddie Font and Taylor Kerr with friends Laura Veltz and Mark Holman—evokes their evolution from girls to women. Simultaneously, the anthemic track welcomes in their forthcoming third studio album.

“What made us women was failure—us just figuring out that if we want to be happy in life, we need to make that decision for ourselves,” Font tells American Songwriter over the phone. “Back then, we were so young, and when you’re young, you put your value into so many things you shouldn’t. But, as we tried, failed, and got back up, we learned.” Kerr adds, “Now we know who we are—we’re not perfect and we don’t want to be.”

The lighthearted track employs humor and the pair’s characteristic charm to celebrate the imperfections that defined their career thus far. With enviable harmonies, Maddie & Tae unapologetically inventory: I lose my phone / Can’t hold my liquor / To a fault / I ain’t a quitter / I like dogs / I’m a collector / I ain’t perfect / I’m a perfector.

Font describes the single, affecting country radio April 19, as a “Hi, nice to meet you” from the new album rather than a “warm hug.” She clarifies that it’s “not not a hug,” but this upcoming project has plenty warmer. Diving even deeper than their chart-topping How It Feels in 2020, Kerr promises that the still-untitled album “has got some snuggles.”

The duo shares that the space between the act’s 2015 debut, Start Here, and The Way It Feels (2020) were spent “being really uncomfortable.” Font says, “Those were the years that made us women, and the CEOs and boss ladies we are. It was not comfortable writing ‘Die From A Broken Heart’ in one of the hardest years, but it was healing.”

Font recently brought home the ASCAP Pop Award for this track, co-penned with Kerr, Jonathan Singleton, and Deric Ruttan. “Die From A Broken Heart” puts their combined struggle to song. Lyrically, it details a devastating call home with a heart too heavy for even a mother to fix. The duo harmonizes through heart-wrenching questions: Can your knees give out from praying so hard? / Can you go blind from crying in the dark? / Was it ever really real / If he don’t feel like I feel?

Like other content from The Way It Feels, the song also reflects the “lost years” that left the duo feeling like they failed. After their Start Here, the duo’s label—Dot Records— evaporated, leaving plans on the table and their career future murky. Kerr explains, “When you’re young in the industry, you’re told who you are, what you are, what you wear, and sing—that doesn’t work anymore. We can do it all.” Font agreed, adding, “We were the passengers in the song, and now we’re the drivers. And it’s strengthened our friendship, no matter what happens career-wise, if our friendship is still strong, that’s all that matters.”

Font, who married Jonah Font in November 2019, and Kerr, who married Josh Kerr in February 2020, are now walking taller in their high heels and stand firmer in their convictions as artists and songwriters who have something to say. Their forthcoming album project is still being finalized, but they feel confident in the growth this project exhibits as songwriters.

“Our storytelling just gets better over time,” they share. “The older we get, the more vulnerable we’re willing to be. And the more open we are, the better we get. It doesn’t need to be an over-thought poetic thing every time—if it’s human emotion, it’s cool with us.” 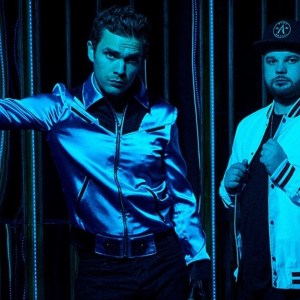 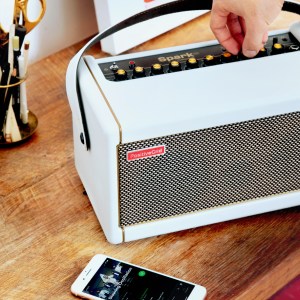