When it comes to songwriting, Ryan Kattner – aka Honus Honus, front man for the boisterous rock band, Man Man – subscribes to the Nick Cave mode of operations. Namely, Kattner errs on the side of perspiration directing his creative output, not capricious inspiration. For, as Cave put it, “’Inspiration’ is a word used by people who aren’t really doing anything.” And Kattner, who remains hard at work daily despite dealing with creative doubts, will display the fruits of his efforts this spring with the release of his anticipated record, Dream Hunting In The Valley Of The In-Between, out May 1st.

“My process is the worst,” Kattner says. “I would never recommend it to anybody. I have this office space, this one-bedroom shed where I put an upright piano. And I go there everyday and treat it like a job for six-to-eight hours. The way I write, which sucks and has never changed, is to find the melody and the lyrics at the same time. So, I sit at the piano and I stare, banging on it until something comes out.”

Kattner, who says he contemplated “throwing in the towel” when it came to his music career, compares the creative work he does to that of Sisyphus in Greek mythology. With each new song, each new record, Kattner has to re-learn the same process over again, he says, pushing the same rock up the same hill. It’s like solving a mystery again and again. To do so, Kattner covers the walls of his studio-shed in scribbled song lyrics and chord notation. Then he sings his song-drafts in vigorous repetition, sometimes hundreds of times before he’s ready to bring it to Man Man band members.

“It’s why I’m not very prolific,” explains Kattner, whose latest LP is the first for the band in seven years. “I can count on one hand how many times a song has just come to me.”

Kattner had never played in a band before starting Man Man, he says. He began the project while attending art school in Philadelphia. Originally a playwright, Kattner needed a creative outlet outside of script writing, so he bought a keyboard at the suggestion of a friend and began to play. He took to it better than he took to the guitar, he says, finding his voice fit over the piano chords in compelling ways. At the time, Kattner thought he would make maybe one record and that would be that.

But the ambition stuck. Soon, he was writing his plots and stories, painting his vivid pictures, in song. No acting troupe required. The songs he wrote were collages of sound and overly difficult to sing. The vocal lines were gnarled in some jaunty way, and they ended up thrashing Kattner’s voice. To this day, his singing voice comes out rough. For as bouncy and raucous in can be, it can also sound like a claw cutting against the grain on a two-by-four.

Nothing about Man Man is regular. There is something carnival-esque about the band, something permanently off-kilter. But that’s also what makes it special. And whether Kattner knows it or not, he guides this beautiful, wonky, sonic pirate ship with expertise. He includes baritone saxophones and xylophone in his songs where other musicians might offer another pentatonic guitar solo.

“Whenever I put together players in my band,” he says, “I try to draw from people with eclectic, idiosyncratic tastes. I’d much rather have a blazing marimba solo than a blues-based guitar solo. I’d rather have someone breaking dishware than another fucking solo in a blues scale!”

As with prior Man Man albums, Dream Hunting In The Valley Of The In-Between feels like riding a carousel. Listening to the songs, one feels as if they are rising and falling while on some exquisitely detailed metallic horse. “On the Mend,” is a howling, horn-inspired mash. “Animal Attraction” begins with some forlorn obo and clarinet encircling one another like a fly and bumblebee over a flower blossom. On “Hunters,” Kattner dances nimbly with piano, electric guitar and plucky percussive instruments.

“I love West African stuff, I love Saharan rock music,” he says. “We pull from all that stuff. Afrobeats, 60s South American psychedelic stuff, too.”

In between Man Man records, Kattner scored a couple musicals, co-wrote a kids album and worked on a TV show script. The works mark how varied and busy the artist’s creative life is. But the creative through-line remains: Kattner’s particular brand of methodical musical madness. His hope is to spread the good word of his latest record, despite the uncertainty of day-to-day life in America during the time of the Coronavirus, to audiences who will appreciate his style.

“My first goal is to hopefully survive this pandemic,” Kattner says. “And then step-two is getting this album out into the world so people can hear it. We had the option to push the release back but I didn’t see why we should. I think people need to hear new stuff, I think they need to hear this music. I’m really proud of this record. I feel like it’s the best I’ve ever written.” 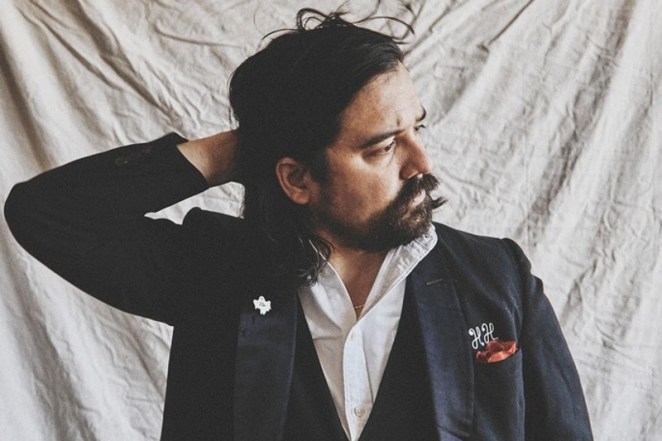 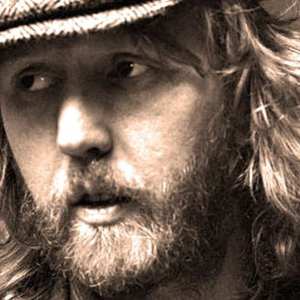