Guitarist and singer-songwriter Matt Boroff has a unique approach to writing songs. Instead of writing music then lyrics he reversed the roles, normally. But with his latest single “Future Crimes” he recalled more traditional structures and let the music speak to the words.

“Sometimes I’ll write lyrics first and then decorate them with music. In this case, I was trying to find the lyrics hiding in the scenery,” Boroff told American Songwriter about the song. “I started off with a simple, repetitious bass line that set up the song’s mood, and then I sat down and started to pull words and phrases out of it. I guess you could say that I often deal with lyrics like a sculptor that approaches a block of stone. I’ll chisel away at something to reveal a form that already exists inside of it. And my job as a songwriter is to find that form and set it free.”

Boroff drove the lyrics with the EDM, new-wave inspired music, which for him was a step out of his normal comfort zone. With a background as a guitarist, who has shared the stage with acts like Nirvana and Queens of the Stone Age, the sound on “Future Crimes” was a new experiment for him. He even took the song as far as to include a dubstep- styled modulated bass line in the last minute of the track. This is a kind of adventure Boroff thinks every artist needs to go on every so often.

“I think periodically, it’s every artist’s duty to go on a pilgrimage away from their comfort zone,” he said. “We all have to evolve from wherever we’re at. And in my opinion, the more comfortable you get, the less you need to rely on the unknown. But in art, the unknown is always where it’s at. So, guitar-based music has been my comfort zone, and I needed to shake things up.”

Boroff’s stray from his former guitar-driven approach is even more evident on his forthcoming record, Beautiful Machine, set for release on January 15. Rock riffs are still completely present on the new record, but they will be accompanied by more similar programming elements as heard on “Future Crimes.” The new insertion of an electronic palette was an important piece Boroff needed to illustrate his view for the album that discusses life in a digital age.

“The songs on the album also deal with being afflicted by modern digital life,” Boroff said.  “When it came to the texture of those songs, a more traditional guitar, bass, and drums set up didn’t seem like a suitable set of clothes for illustrating that point. My romance with the guitar is still alive and well, and I’m sure I’ll return to it eventually with a renewed understanding, but it just didn’t hit the mark for me this time. Actually, there’s plenty of guitars all over the record; they’re just more atmospheric and aren’t behaving or mixed in a guitar-like way.”

Boroff recorded and produced “Future Crimes” and Beautiful Machine himself, allowing him to see his adventure through. And the latest single follows up an impressive list of releases this year that include “Let it Come Down,” “So Many Personalities Ago,” and “Beautiful Machine.”

Follow him on his webpage to hear more and check out the premiere of “Future Crimes” here today on American Songwriter. 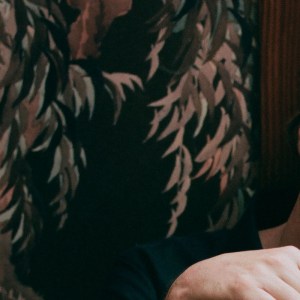 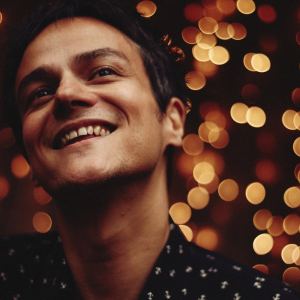