“Heart of Glass” marked the moment Blondie, co-founded by Debbie Harry and Chris Stein, transcended from the underbelly of New York’s punk scene to the gilded glamour of the Top 40. It went on to be the group’s first No. 1 hit in both the U.S. and U.K., cementing their spot atop the crest of new wave artists.

The track was released as the third single from their 1978 album, Parallel Lines, and remains one of the outfit’s signature songs—despite any naysay from the punk stalwarts. It was as “disco” as it ever had been. What started out as a “novelty item” on the album that brought a whole new legion of fans to Blondie.

“When we did Heart Of Glass it wasn’t too cool in our social set to play disco. But we did it because we wanted to be uncool. It was based around a Roland Rhythm Machine and the backing took over 10 hours to get down,” Harry once said.

Despite being a controversial move, the song did the trick in securing Blondie a spot in the annals of pop history. But what was the song originally written about? Let’s take a look at the meaning behind the lyrics of “Heart of Glass” below.

Harry and guitarist Chris Stein wrote an early version of “Once I Had a Love” a few years prior to “Heart of Glass” being released. The earlier demo saw a slower, funkier sound with a basic disco beat. The danceability was undeniable, leading the band to dub it “The Disco Song.” You can listen to a snippet of the demo below.

In an interview with EW, Harry revealed that “Heart of Glass” was pretty solid from the beginning. “Once we had the track nailed down, it stayed that way since 1975—that’s when we first started working on it,” she said. The frontwoman also revealed that the song almost didn’t make it off the ground thanks to some of the lyrical content, saying, “People got upset because I sang ‘ass.’ Maybe because it’s a three-letter word and not a four-letter word? I think we got banned in a few places because of that. We were very raw and minimalist then.”

In a separate interview, Harry recalled the writing process saying, “We were living in a loft in New York’s then-notorious Bowery area, rehearsing at night in rooms so cold we had to wear gloves. ‘Heart of Glass’ was one of the first songs Blondie wrote, but it was years before we recorded it properly. We’d tried it as a ballad, as reggae, but it never quite worked. We just called it ‘The Disco Song.'”

According to Harry, the song isn’t about anyone in particular. Instead, it’s more a general, “plaintive moan” about love.

The title line was born from the band needing to find a way around repeating the line soon turned out, it was a pain in the ass. They replaced “ass” with “glass” and the hook was secured.

Once I had a love and it was a gas
Soon turned out had a heart of glass
Seemed like the real thing, only to find
Mucho mistrust, love’s gone behind

Elsewhere Harry sings about the turning point when a relationship goes from “divine” to sour.

Once I had a love and it was divine
Soon found out I was losing my mind
It seemed like the real thing, but I was so blind
Mucho mistrust, love’s gone behind

The simple refraining lyrics were meant to nod to the floor-filling anthems of Donna Summer. It was a brave move to traverse the punk picket line, but the gamble paid off tenfold.

“I thought the song was an obvious hit if the arrangement was right,” producer Mark Chapman said. “We spent the first day of rehearsal rearranging it and I decided that it should have a bit of a Donna Summer vibe, which pleased Debbie. She loved Donna Summer.”

The song got a bit of a rebirth in 2020 thanks to a cover rendition from Miley Cyrus.

During her set at the iHeart Radio Festival, Cyrus appeared on stage with a blonde mullet à la Harry and a black catsuit to perform a rockier version of the song.

Trading in Harry’s soft, lilting delivery in the original “Heart of Glass,” Cyrus belted out each line with characteristic fierceness. The behemoth vehicle that is Tik Tok then picked up the cover and soon it was amassing Youtube views in the millions. It currently rests at 115 million.

It was a charming ode to not only the era but to Blondie’s integral influence on music today. 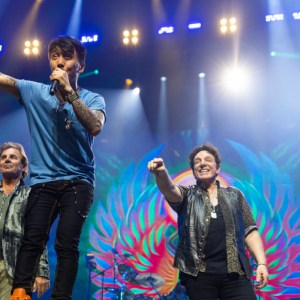 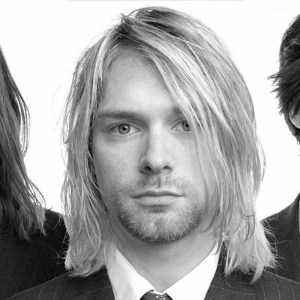