The incarnation of Journey lodged in the brains of many casual fans is likely the late ’70s and ’80s version. That’s when they married West Coast musical gleam to heartland lyrical concerns for a string of massively successful albums and singles belted to the rafters by former lead singer Steve Perry. But Journey was around for years before that, and they’ve continued to record and tour during the time that’s passed in the wake of their most fruitful commercial period.

The one guy who has been there through it all has been guitarist Neal Schon. Schon founded the band in 1973 in the aftermath of a stint playing with Carlos Santana and has shepherded a variety of lineups through the good times and bad. It’s only fitting then that Schon’s fingerprints are all over Journey’s latest music, which manages to touch on every era of the band in a thrilling fashion.

Freedom is the new album title, and while it keeps with other famous one-word album titles from the band like Escape and Frontiers, it’s also a nod to the way that Schon was feeling creatively. Unburdened by expectations and given time by the pandemic, he worked informally on tracks that he didn’t even know would become Journey songs. A willingness to experiment also infused the sessions where Schon was joined by Narada Michael Walden, a distinguished songwriter, and producer for stars like Whitney Houston and Mariah Carey.

The result is a passel of tracks that wanders and shapeshifts with much more liberty than those tight hit singles from back in the day. While the hooks are still plentiful, many of these songs harken back to the earliest period of the band, which was marked by fusion and progressive rock elements.

“When I’m by myself and I have free reins, and I don’t have a computer dictating to me what I should be doing or not, it’s where I go naturally,” Schon tells American Songwriter about the artistic direction of the new record. “Those initial albums that we did, my background, my roots are in rock fusion. That’s me, and that’s where I’m gonna go if somebody doesn’t put the brakes on me.”

Once the basic tracks were finished, with Walden doing most of the drumming and Schon filling in other instruments besides guitar, they were sent to keyboardist Jonathan Cain for his lyrical touch and instrumental contributions. Arnel Pineda, the band’s lead singer for the past 14 years, added his usual skyscraping vocals. And Walden on drums joined with bassist Randy Jackson, making his return to the band after playing with them briefly in the ’80s, to create a formidable rhythm section.

Freedom, produced by Schon and Walden, thus sounds like both a smooth encapsulation of everything for which Journey is known as well as an exciting new direction. Schon credits it to “having enough time, which you don’t usually have, to be completely expressive, and being able to put down what I was hearing in my head. When you deal with producers, they want to get things done because they have an agenda and want to get onto the next project.

“It was cool. We used that time to our advantage and to get the most out of it that we could. I think that’s one of the reasons that there are so many tracks and it is so diverse musically. Jonathan comes in with his power ballad. You put it all together, and there it is. That’s a new Frontiers or Escape. A lot of people told me I was full of shit, but when I heard this record, I said, and I said it boldly, I think this is one of the best albums we’ve ever made. Musically, I think it taps into every element of where we’ve ever been.”

When the world shut down due to the pandemic and Journey came off the road, Schon stayed active by creating new music and learning a new instrument. “I was noodling about in my studio, basically trying to learn how to play keyboards during the pandemic,” he says. “It worked to my advantage. I came up with a lot of cool stuff that I wouldn’t have come up with on guitar. It opened up my mind as far as writing. If I’m playing guitar, I pretty much want to jam and I want to play a more aggressive side of me, a bluesy side. I’m not that good playing keyboards, but good at hearing what I want to put down.”

Schon began making loops of the pieces that he liked the most and proceeded to share some of them with Walden, whom he had known from way back when the latter was a member of the Mahavishnu Orchestra. “We didn’t have a bullseye on the wall and we weren’t throwing darts,” Schon says of the process. “I’d walk in and I’d say, ‘Well, what do you feel like doing today?’ And he’d say, ‘What do you feel like doing?’ He was so cool to work with because there was never an agenda. I’d play him what I was thinking and he’d say, ‘Great, let’s just do that.’ That’s how the album was created. I loved that aspect of it because it’s fresh. It wasn’t premeditated. It wasn’t overly thought out.”

Schon tried to see the positive side of making an album without the entire band in the room. “A lot of times when you get together with the whole group, it will end up in the computer,” he says. “And I feel like too much time is spent in the computer and moving sections around. But it doesn’t necessarily happen organically.

“I’ve made albums like this before, where you have the basis of live guitar and drums, which is the basis of a rock record. I was looking for that energy. Not to where it’s completely out of control, but a little chaos is really cool. We attained that on a few tracks that we worked on. We recorded a lot of stuff, probably about 35 songs.” Fifteen of those songs made it onto the power-packed final product.

Schon mentioned wide-ranging influences from Cream to Miles Davis in terms of the inspiration he was feeling making the record. In taking on more of a producer’s role while writing the music, he strove to emulate another hero of his. “Writing for me, I can do it two ways,” he explains. “I can work with a lyricist who has lyrics first, try to wrap a song around it. But my forte as a songwriter is to lay down the landscape. I’ve always looked up to Jimmy Page in a rock arena and his sensibility, his creativity, to be able to see the landscape before he creates it. You have to envision it. He sees all the parts and he’s throwing colors at the empty canvas and there you go, you have a ‘Kashmir’ or whatever.”

Freedom is characterized by this sense of musical adventurousness. Punkish energy oozes from “You Got the Best of Me,” while “Let It Rain” lets Schon’s lead guitar soar above a grinding metal groove. Cain does indeed bring his power ballad feels to “Live to Love Again,” while the closing track “Beautiful as You Are” starts and ends in that balladic territory but veers off to become an anthemic rocker in the meat of the song. For every musical flight of fancy indulged by Schon, Cain grounds it in relatable stories that Pineda brings to life with his emotional vocals. The rhythm section of Jackson and Walden swings and swaggers in ways you might not associate with the band.

“It’s a cool way of going about a rock record because there’s life to it,” Schon says. “I believe I tapped into and got Narada to a place where everything was feeling solid, and yet there was a little bit of a fusion in there. Fusion that funkified everything a little bit, syncopated it, and made it interesting.”

“You’ve got a white canvas, and you’re painting the picture. And you’re experimenting and seeing what that picture is actually supposed to be. That’s how we went about it. And it turned out that it worked really well. We had a chemistry working there that we were able to send very organized ideas to Jonathan and Arnel.”

Cain was calling from a late-spring tour stop in Chicago, clearly thrilled about the recent response the band had been garnering. “We’re killing it,” he says. “Sold-out concerts every night in these big arenas. I’ve never seen so many great reviews from our fans. We’re having a really good time, a lot of success. I can definitely feel that fans were so starved for us to get back and play for them live.”

Those fans wouldn’t have been out of bounds for wondering if they would ever get to hear another new Journey record. In the period since the band’s last studio release (Eclipse in 2011), their legacy was cemented by induction into the Rock & Roll Hall of Fame. But there was also tumult in the form of legal proceedings, with Cain and Schon on one side and former members Steve Smith and Ross Valor on the other.

Yet Schon didn’t hesitate for a moment to answer with a resounding “no” when asked if he ever considered shuddering the band that he founded during that stretch, in part because he feels that his taking on band managerial duties has helped to right the ship. “Many years ago, I had a gut instinct that our business affairs were not together, especially in our merchandise area,” he explains. “I had been lied to for many years by attorneys, accountants, everybody that you pay to work for you to do nothing. I started putting the missing pieces of the puzzle together with my wife. I have a lot of people that hate me now for it because it’s big business. But we’ve never seen numbers like this ever.”

Without getting into any specific battles, Schon hints at rising above those conflicts and forging a new attitude. “They like to keep you in a box,” he says. “They don’t want you to escalate. They don’t want you to get out there and feel how strong you really are. But I’m past that point now. I got beyond that barrier and I’m on the other side of it and we’re heading straight up again. It’s a lot right now, but it’s really rewarding to know that you were right about so many issues and it’s coming together.”

No matter how it was created, it’s certain that Freedom wouldn’t be released if Schon didn’t feel it was up to the standards of what people have come to expect from the band he created. “I’m the original founder,” he says. “Being that guy and being the only original member now standing in this band, I feel like I’ve always led the mothership and there’s no mothership without me. I feel like the nucleus.”

“I’m always going to give 1,000 percent of my energy to the band and not be sidetracked by any side projects, solo projects, any other thing. I’ll protect the band with 1,000 percent of my energy as well, and do what I think is right, musically and ethically and morally and legally. That’s where it’s at. You have to do it all if you really believe it.” 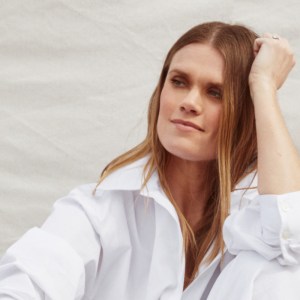 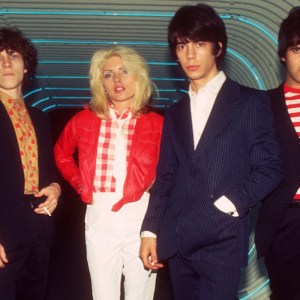