Ethiopian-American songwriter and performer Meklit Hadero is a dynamo. A force. A person to know and cherish. Her music is as spiritual as it is entertaining.

Hadero’s latest project is MOVEMENT, which is a traveling series that highlights the complexity and relationship between migration and music. It begins on May 7 in Seattle at the University of Washington.

We caught up with the artist to ask her about the series, its origins, and what she hopes will manifest from the work that went into creating it. So, without further ado, let’s dive into the wisdom of Hadero here below.

American Songwriter: What were the origins of MOVEMENT?

Meklit Hadero: MOVEMENT was first incubated back in 2017 at Al Jazeera’s Jetty Studios and was co-created by myself, sound designer-producer Ian Coss and story editor-producer Julie Caine. The three of us were thinking about new ways to conceptualize world music, and eventually, our ideas evolved into MOVEMENT, a space to look at the confluence of global migration and music.

Al Jazeera decided to not pick up the podcast, but they set us free to find another home for our idea. We have been so grateful to collaborate with PRX’s The World for our radio series. We’ve also been so excited to be commissioned by folks like Meany Center for the Performing Arts at the University of Washington—where we debut on May 7th—Lincoln Center, UCLA’s Center for the Art of Performance, The Arts Center at NYU Abu Dhabi, and Cultural Arts Center at Montgomery College to create MOVEMENT into a live show.

AS: What have you learned about the intersection of migration and music in your work preparing for this series?

MH: Artists who bring migration and music together are not a monolith. They are traditional and experimental, electronic and acoustic, innovative and expressive. Deep human themes like home, belonging, justice, and equity ties us together. We explore what it means to find ourselves in a sound, and make space for others—for communities—through that sound. As musicians, we turn all that into music, so we can tell it, but we also sing it and play it and dance it. It’s a vibe. Migration is also a big umbrella, and it’s incredibly intersectional, so it’s a space where we can talk about so many large-scale issues. Music lets those issues be personal, intimate, tender, and real.

AS: The performance is a mix of concert and storytelling from you and other artists—can you give a little insight into what this means and looks like? What do the other artists—Momma Nikki, Dakota Camacho, and Kiki Valera, as well as Indian-American director Sophiyaa Nayar—bring to this proverbial table?

MH: I’ve always loved to tell stories in my concerts. MOVEMENT Live builds on that at the core. About half of the show features my songs and stories, which explore my own origins and history as an Ethiopian-American person who came to the US as a refugee in my childhood. The other half of the May 7th Meany Center show features Seattle-based artists Dakota Camacho (Guam), Momma Nikki (Haiti, US), and Kiki Valera (Cuba), telling their own stories and sharing their songs. In moments, the show is a full-on concert, with music from all four of us, and other times, it drops into intimate sharing of transformational moments of family and home. The whole thing is woven together into a single experience and is directed by the incredible Indian-American theater director Sophiyaa Nayar.

AS: MOVEMENT is also a new radio series featured on PRX’s The World—what can you tell us about this manifestation of the work?

MH: Yes! We have been collaborating with the amazing folks at PRX’s The World to share stories of migration and music on over 300 radio stations around the country. We make regular episodes for them, and they have helped our stories reach about 2.5 million listeners with every episode. We will be working with them more deeply in the future, and plan to officially launch as a podcast in the fall.

AS: Why is it important to talk about migration when it comes to art and music?

MH: As a project, our aim is to recontextualize immigrant, migrant, and refugee artists as cultural innovators who push boundaries of creative expression in ways that are joyous, rhythmic, and offer shared spaces for reimagining belonging. We honor and acknowledge the deep wells of trauma that are often at the root of migration experiences. But we also yearn for a public dialogue about migration that centers people, their contributions, their power, and their own narratives. We love the idea of “migration music” as a whole category for talking about sound, rather than the problematic concept of “world music,” which is so othering.

AS: You’re also taking the show on the road, first in Seattle on May 7, then in New York, L.A., Abu Dhabi, and others. This is a form of migration talking about migration—what do you expect and hope comes from these shows on the road?

MH: We are so excited! In every place we travel, half the show will feature local artists whose music and story are rooted in a migration experience. So the NYC version will be different than the LA version and the Abu Dhabi version, etcetera. We know that local context is often so important to bring out true nuance and the incredible diversity of immigrant, migrant, and refugee communities, so we’re going to keep iterating the show to really acknowledge that. We hope to build fans for these amazing artists and to be a repository of powerful stories that help us think differently about the idea of migration.

AS: You identify as an Ethiopian-American. What does this identity offer you, create in you as an artist in 2022?

MH: That identity lets me accept and honor my complexity, and accept the many sides of myself musically, culturally, and spiritually.

AS: What do you love most about this work?

MH: I love having an idea and bringing it into the world. Ain’t nothing better!

MH: I love the way that music lets you connect with people at multiple levels. I love that it activates the heart, the intellect, and the feet. I love the experience of performing and how free it allows me to be and feel. I love that I can share that sense of freedom with others and invite them into that too. 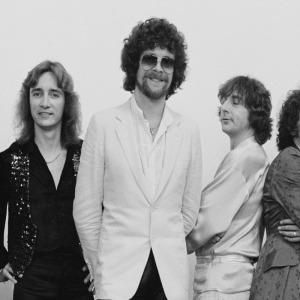 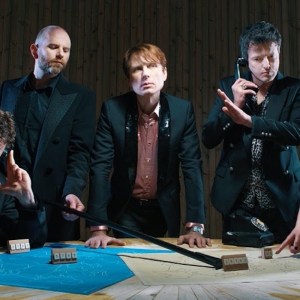