Country trio Midland had built up the legendary Palomino Club in their mind, with every twist and turn they took on their way to 6907 Lankershim Blvd in North Hollywood last October.

They reminisced about the legends that once played there, the old school honky-tonk that once stood there and the music history that was made there. But once they got to that magical address on that dreary night, only one thought flashed through their mind.

They had the wrong address.

But in fact, they didn’t.

“That was the most alarming moment,” recalls Midland’s Cameron Duddy during a recent interview with American Songwriter ahead of the 8/29 release of their new album Midland Live From the Palomino, which includes 17 live tracks from that memorable night. “It wasn’t the spirit of the people who had been there before us on the stage, but the people who had probably died there in the last three years because…it had turned into an old person’s home.”

Indeed, the legendary address of 6907 Lankershim Blvd now not only holds a banquet hall in the front, but the Shiraz Adult Day Health Care Center in the back.

“They were literally moving medical, hazmat kind of materials out the back when we got there,” Midland’s Mark Wystrach remembers of the surreal scene.

“The vibe was not what we had built it up in our minds,” adds Duddy with a laugh of the one night only event.

But then, the sun went down and the lights went up. They plugged in their guitars and took their speakers out. They finished their soundcheck and the original neon sign was lifted up and a mix of hipsters and old-timers began to file in.

“I was like, holy sh**,” remembers Duddy. “The spirit of the Palomino began to morph before our very eyes.”

And another legendary night at The Palomino Club began.

“We wanted to do this weird concept and revive the Palomino Club that didn’t exist, but we didn’t know to what extent it didn’t exist,” remembers Wystrach. “There were questions if we were even going to pull it off.”

But pull it off they did, now evident on the brand new album set for release on none other than Record Store Day and an album that now lovingly captures a historic moment in time for a band that has built a career on pure and irresistible authenticity via bangers such as “Mr. Lonely,” “Playboys” and their current single “Cheatin’ Songs.”

“We brought this spirit into the room that night and it kinda felt like we were getting the approval of a lot of our heroes that are no longer here,” Wystrach says.

Indeed, one can’t speak of The Palomino Club without speaking of the legacy left behind the legends that once played there, from Merle Haggard to Charlie Rich to Jerry Lee Lewis to Emmylou Harris before it ultimately shut its doors for the final time in 1995.

“We just got up on that 10×10 stage and did what we do every night,” says Wystrach. “There is this communion and this revelry that goes on within the band itself and with the audience, and you can hear it on this album.”

And for seasoned road warriors who can no longer quench their thirst for a live audience right now due to the ongoing pandemic, hearing the recording of the historic performance ended up to be quite the emotional experience.

“It wasn’t guaranteed we were going to release it as a live album,” explains Wystrach, who says that Midland have been ‘writing like crazy’ in recent months along with prepping a new documentary on the band. “It wasn’t until we listened and realized what a snapshot in time that was for this band. We had been playing extensively and playing nonstop and working really hard at our live show, and on this album, you are hearing that. You are hearing a band at its prime. When I heard that, I couldn’t wait to release it as not…evidence… but an example of what Midland is really about.”

Indeed, the men of Midland have long utilized their live show to somewhat emulate the hearty spirit of their music heroes, such as the incomparable Bruce Springsteen.

“Obviously we will never attain that…because its Bruce Springsteen,” laughs Wystrach. “But that’s still the level we are constantly reaching for. In that tiny, little, weird place that we turned into The Palomino Club for one night, we kind of achieved that.”

And make no mistake. The recording one will hear blasting through the speakers via the two set exclusive vinyl hasn’t been fine-tuned in the slightest.

“It’s one of those industry secrets that you record the concert live and then the band goes in and redo some of the harmonies and such,” states Midland’s Jess Carson. “But I can assure you that the recording is just that night. There was no going in and sweeting things up. I’m proud of it. It’s not perfect, but it is us.” 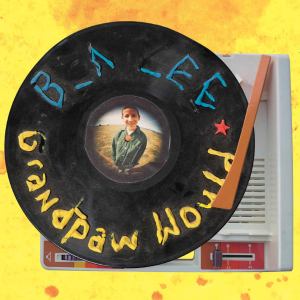 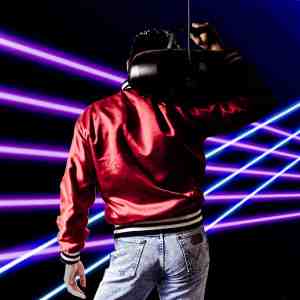