When the Highwomen rightly raise awareness for the lack of female voices on country radio, they’re clearly not talking about Miranda Lambert. All six of her previous studio albums have entered the charts at number one, Lambert’s Pistol Annies side project trio (where she shares the spotlight with Angaleena Presley and Ashley Monroe), has also found radio and popular acceptance and she plays large venues bringing along other women as openers.

Still, she is only nominally a country artist these days, as pop and country merge she has been on the forefront, something reinforced by the diverse Wildcard. Nobody would confuse Lambert with classic acts of the genre like Loretta Lynn or Lee Ann Womack, let alone Dolly or Emmylou. But with a charming twangy voice and the occasional injection of banjo, pedal steel or mandolin, she nimbly struts a tightrope between pop, rock, folk and Americana with enough hooks to be commercially viable, especially to millions of other women. That’s mostly due to lyrics which promote a resilient female perspective of strength and sass combined with just enough introspection and witty wordplay to make it real.

Lambert’s 2016 The Weight of These Wings was an expansive double platter, 24 track set that seemed intent on displaying a more serious, introspective side of the Texas born party girl. In contrast she opens this follow-up with “White Trash” where she proudly and humorously owns what is often a derogatory term with “I can play high class every day/ but some things never change” against modified 80s new wave beats.

As the 14 tunes unwind we hear about how backwoods country Lambert remains in songs like the hard rocking “Locomotive” (“Now I’m sweet tea sippin’/ On the front porch sittin’/ While my hubby fries chicken”), the somewhat boastful “Pretty Bitchin’” (“Well, I’m a pretty hot mess/ But hell, I guess/ I’m pretty sure it’s a family tradition”) and especially the rowdy, clever and ultra-catchy pop “It All Comes Out In the Wash” (“You take the sin, and the men, and you throw ‘em all in/ And you put that sucker on spin”) likely to become a concert sing-along favorite.

The ballads work a similar lyrical approach touting hard drinking, hard loving, rugged, unapologetic women, a persona that likely comes from personal experience and resonates with her similarly styled listeners. Calling some men “all hat and no cattle” in “Tequila Does” because they don’t love her like the titular alcohol, should go down easy with her supporters even if the chorus sounds suspiciously like a combination of “Margaritaville” and the Eagles’ “Tequila Sunrise.” On the closing “Dark Bars” Lambert takes a bittersweet look at the life of a woman who hangs out at saloons with “I’m not in pain, I’m not on pills/ But I’m still hanging out in dark bars/ On a bar stool for the cheap thrills” in the album’s most intimate and perhaps personal moment.

Musically Wildcard is molded by producer, multi-instrumentalist Jay Joyce (he’s credited with 17 instruments) whose work with both the sensitive Patty Griffin and hard rockers Cage the Elephant makes his involvement an interesting if not entirely logical fit.

Most songs are co-writes with Lambert and two or even three others, generally women, so it’s hard to say how many lyrics originate from her life. But with the balance of upbeat rockers, twangy Americana, sassy humor and even some delicate moments, this is everything longtime Lambert fans would want, all wrapped up in a 51 minute gift to her fervent audience.

You go, girl. Have a great song? Enter Our Lyric Contest Today! 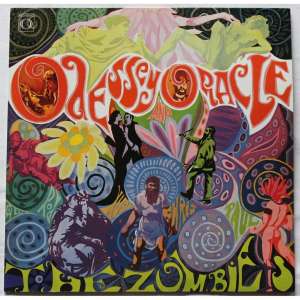