We caught John McCauley at the Shindig early Wednesday, several miles past the interstate in East Austin, so far east in fact that we felt like we were halfway to Dallas. But it proved to be a nice sanctuary from the crowds and the hustle, and a perfect way to spend the afternoon.

McCauley was certainly one of the afternoon’s highlights. The Deer Tick frontman always brings a smile to our face, no matter what moniker he’s performing under. Looking very much like a late ‘80s L.A. rocker, with shoulder-length hair, McCauley performed solo on a baby blue Jaguar guitar, playing some new songs as well as old favorites.  The highlight of the set was “Miss K.,” one of our favorite Deer Tick songs from the album Divine Providence. In spite of McCauley’s acid-reflux vocals and well-earned reputation for excess, his best songs are truly endearing, containing these little glimmers of spirit that he beams out to the world from the bottom of a gutter. One new song he played was “about a couple who had married for a very long time and then one of them went to jail.”

Up next was Drivin’ N Cryin’, the veteran Atlanta rockers that Billy Reid said he first heard on a jukebox at the Flora-Bama, the famous beach bar along the Redneck Riviera.  According to frontman Kevin Kinney, DNC last played SXSW in the late ‘80s, for a showcase with Uncle Tupelo and Soul Asylum. We heard some solid new songs from the band, along with classics like “Straight To Hell” and “Honeysuckle Blue.” Dawes, our current cover boys, closed out the show, drawing mostly off the new album Stories Don’t End, as well as the best offerings from Nothing Is Wrong. “It’s events like this that make SXSW special,” said singer Taylor Goldsmith from the stage.

Several hours later, we hit the Hype Hotel to hear Phosphorescent, who took the stage to a packed crowd. We could barely move in there, and had trouble getting to the urinals and getting served at the bar. We were caught in the grip of a bad South-by moment, but it was worth it. Phossy, looking very much like an Alabama-native with beard, baseball cap and dark sunglasses, did not disappoint and likely converted a huge dose of the crowd who were there to catch Foxygen. He drew mostly off the forthcoming album Muchacho, including the excellent “Song For Zula.”

The post-midnight hours found us atop a roof at the Hangar Lounge, taking in the sounds of Tristen, who led the charge from the keyboard and offered up tunes from her much-anticipated second album, C A V E S. Her show was the perfect ending to a long day and night, as well as the perfect beginning to the pre-dawn events. 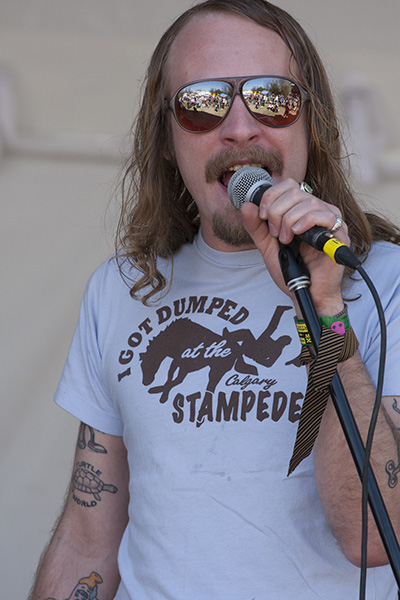 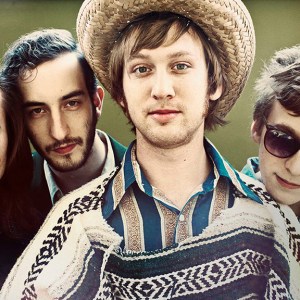 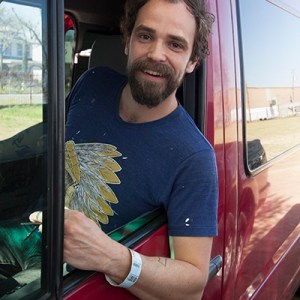