In June of this year, more than 25 million viewers in 75 countries watched the “My Earth Songs Virtual Live Concert,” a global initiative with Vivendi in support of UNICEF COVID-19 relief for children. Music from this remarkable family concert, spearheaded by Lonnie Park and the Earth Band and Grammy® winner Ricky Kej, features an all-star cast of Grammy winners and was released on August 28 as an album titled “My Earth Songs,” with all proceeds going to UNICEF.

“My Earth Songs” delivers complex topics in bite-sized chunks packed with meaning that children can effortlessly assimilate. Every one of these fun, positive, and super singalong-able songs has a catchy tune with simple, memorable lyrics. Focusing on what’s needed to ensure a clean, green world for generations to come, each track was inspired by one of the UN’s Sustainable Development Goals.

“My work with Ricky Kej has seen us performing at the United Nations Headquarters in New York and Geneva, the WHO headquarters, and at UNICEF and UNESCO events,” explains “My Earth Songs’” co-creator, Lonnie Park. “As we witnessed complicated issues playing out on the world stage, it became apparent that getting adults to adopt new practices is difficult, but if we could teach the children early about taking care of each other and the planet, it could literally change the world. The best way we knew how to make that happen was through music.”

“Ever since I won my Grammy Award in 2015, I have dedicated my life and music to creating environmental consciousness and climate change awareness,” says Ricky Kej. “’My Earth Songs’ aims at enlightening children through music, igniting in them a spark to spread consciousness among everyone with whom they interact. This young movement will spur a revolution to restore our planet and help it breathe easy again!”

“My Earth Songs” sets the pace with its sparkling, energetic opening track, “Shine Your Light,” which features the Mzansi Youth Choir, an ensemble that was established to provide opportunities for underprivileged South African children, particularly in Soweto. Other highlights include the multicultural “Born from the Land,” with lead singer Lonnie Park sharing the spotlight with famed Senegalese vocalist Baaba Maal, who presents soaring reflections in his native Fula language. “She Can Do,” a song that celebrates breaking down gender-based stereotypes, features Lucy Kalantari in a vocal performance loaded with verve. “In the Waterworld” showcases the jewel-like Mexican mariachi perfection of Mariachi Divas de Cindy Shea. With his elegant phrasing, Jon Samson really illustrates the poetry within the relaxed ballad “Breathe Life,” which is beautifully complimented by Ron Korb’s Bansuri flute. “Bicycle Day” celebrates the world’s most efficient non-polluting mode of transportation through the artistry of famed flutist Wouter Kellerman and the clarity and storytelling confidence of Lonnie Park’s vocals.

Lonnie Park is an American singer, songwriter, multi-instrumentalist, and record producer based in Freeville, New York. In addition to TV, film score, and Billboard charting appearances, his catalogue of works includes decades of multi-genre music from jazz, gospel, country, and folk to progressive rock and heavy metal. Lonnie’s work has received a Grammy Nomination, Global Peace Song Award, Global Music Award, multiple SAMMY Awards, and the SDG Action Award for My Earth Songs. He has toured, produced, and worked with legendary artists from country outlaw Merle Haggard to folk icon Peter Yarrow (Peter Paul and Mary), and many of rock’s greats like Cozy Powell (Whitesnake, Black Sabbath) and Chris Caffery (Trans-Siberian Orchestra). Lonnie is the frontman for Ricky Kej’s World Ensemble, and they partner in a variety of other creative collaborations.

Grammy® Award Winner, US Billboard #1 artist, UNCCD “Land Ambassador,” UNESCO “Global Ambassador for Kindness,” and UNICEF “Celebrity Supporter” Ricky Kej is an internationally recognized Indian music composer, performer, environmentalist and professor. Ricky has dedicated his life and music to creating an awareness of the environment that has already made a positive social impact through his performances at prestigious venues in more than 30 countries. His body of work includes 16 studio albums released internationally, over 3,500 commercials and four feature films, including the natural history documentary “Wild Karnataka,” narrated by Sir David Attenborough.

In addition to garnering more than 100 music awards in over 20 countries, Ricky Kej has been honored as a “United Nations Global Humanitarian Artist” and “Youth Icon of India.” Real Leaders named Ricky one of the 100 Real Leaders who “Inspire the Future.” The Canadian Parliament’s House of Commons lauded Ricky for his “Outstanding Musical and Humanitarian Achievement.” A chapter on Ricky’s life and musical journey is taught in the 7th grade English textbooks in India (ICSE). Ricky Kej is a professor at the prestigious National Institute of Advanced Studies at the Indian Institute of Science and is an Ambassador for the Earth Day Network.

My Earth Songs is available at all major online outlets. 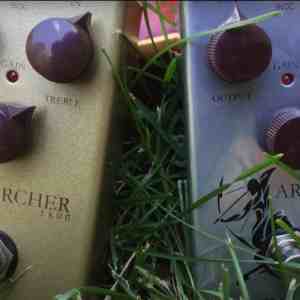 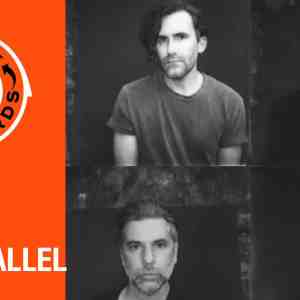