With the very first snippet of a vocal lyric on his band’s newest (and self-titled) LP, released in October, Jim James, frontman for the iconic rock group My Morning Jacket, makes his mindset abundantly clear. For James, who these days values hushed moments as much as he ever has loud ones and contemplation now more than product inundation, the idea is clear: remove yourself from all that digitally drowns and get with what’s natural, human, and organically of the earth. Diamonds are growing in the garden, sings James on “Regularly Scheduled Programming.” Now we know; look for what’s good in streams that ripple not ones that require Wi-Fi.

“I try to speak from a place where I’m not saying that I have it all figured out,” James says. “I’m struggling just like everybody else with all of these things. Especially in the pandemic when we found ourselves so cut off, and one of the only places we thought we could look was social media and streaming programs.”

But social media’s siren song didn’t offer what James thought he wanted when he sought their pseudo-comforting rays of blue light.

“I just found myself in this really dark, terrible place,” he says, “where I was binge-streaming shit for like eight hours a day, scrolling through my phone endlessly.”

For Louisville, Kentucky-born James, space and location have always been an important part of his life. So to remedy the icky feeling brought on by an overabundance of screen time, he ventured out into the woods—specifically sequoia forests. He’s since gone out into nature every day to hike, breathe the air, and remember who he is.

“I had this wake-up call,” James says. “Like, ‘Oh my God, this shit is all an illusion. It’s really drowning you.’ So, I canceled my streaming services and got off social media. And I saw my productivity go back up, my creativity start to come back. I feel like I became a better listener. I felt like I became a better person.”

James started to read more. He also spends more time with his eyes closed, sometimes stretched on a sofa in meditation. It’s not that he’s against social media or streaming platforms per se. It’s more their un-redeeming, kudzu-like nature. Instead of interacting with those devices, the frontman appreciates more human interaction and conversation. These are the things that inspire his creative heart, enough to undertake the almost immeasurable effort it requires to write and make a record like the 11-track My Morning Jacket.

“I just feel like I want to talk to people who are real with me and truthful with me,” James says. “People I care about. I feel like it’s about spending time being real with people and nurturing those bonds.”

Given James’ feeling toward friendships, it might be no surprise that he began to love music through the camaraderie-rich 1970s television program, The Muppet Show. He says the show spoke to him. He wanted to be Kermit, he wanted to be Dr. Teeth, he wanted to be in the swaying house band The Electric Mayhem. In sixth grade, James began taking guitar lessons and his entrance into rock ‘n’ roll continued, both for James’ appreciation of the art form and of the space it offered him to be himself.

Growing up in Kentucky, James fell in love with the rolling green hills, the Ohio River, and the forests. The region gave him a sense of largesse, which, when combined with his sense of relative placelessness, turned into giant musical output. My Morning Jacket, formed in 1998, has released nine studio records. The group has been through early lineup changes and occasions when James wasn’t sure if it would continue through creative burnout—yet it always has and still does.

“Every album is different, really,” James says. “I try not to put limits on it.”

The band’s self-titled new record is stellar. From the looming, rocking “In Color” to the Pink Floyd-esque “Lucky to be Alive” to the intimate ender “I Never Could Get Enough.” Now that it’s out, though, and as James continues to embrace what he’s realized in this past handful of months, he says he’s ready not to look into the future, but to enjoy the moments presently. For the 43-year-old, Grammy-nominated musician who’s worked with everyone from Elvis Costello to Brittany Howard, it’s about keeping perspective.

“Every moment is precious,” James says. “Tomorrow is never promised. I’m just trying as hard as I can to live each day as best as I can. Everything is so fleeing. Everything could be wiped away tomorrow.” 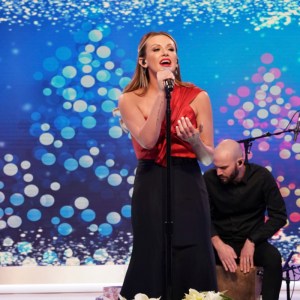 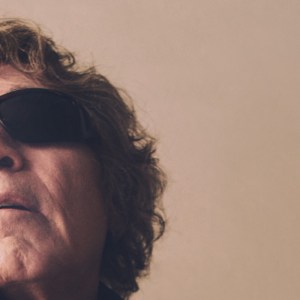