Katie Frank has been writing songs since she was 15 years old. But, crumbling under the all-too-familiar generational pressure, the small-town Pennsylvania native sought a degree, landing a role as a recreational therapist. The only problem was she couldn’t shake the songwriter within her. The kind souls within the dementia ward became a wellspring inspiration for the artist who would piece together the gaping holes in their memories with stories from family members.

“As time went on, it grew harder and harder to find a balance between working full time and creating music,” says Frank. “I ended up having to put music on the back burner. Though I found my work to be rewarding, I still wasn’t fulfilled. It was always this nagging feeling, and I knew deep down that I wasn’t aligned to my purpose and needed to make a change.”

It was a trip to Nashville to visit a friend that shifted her direction. After just a few writing sessions in town, it became apparent she needed to pivot. The full-time healthcare professional and part-time Philly music scene connoisseur headed south in 2019 to make a name for herself in Music City. Then, a tornado tore through town just days before a global pandemic hit, suffocating the music industry. COVID has occupied more than half of her short amount of time in Nashville, to which she says, “It definitely put a damper on things.” Optimistically, she continues, “but everyone had to stop doing what they were doing. I’m so thankful I could still record new music. That has been my biggest motivator and my light at the end of the tunnel.”

Today (April 7), she premieres a new track, “Dark Cloud.” The moody track, penned from a third-party perspective—Frank’s favorite way to write—details the entrapment of toxic codependency within a romantic relationship. “This was a couple that was together on and off since high school,” she explains. “They’d break up, get back together, and break each other down to a point where they both were stuck in this pattern of emotional immaturity. Toxic patterns are tough to break, but it’s impossible to grow if we keep allowing this kind of dynamic to go on in our lives.”

Her new tune follows her January release of “Politician.” Given the current context, the song serves a purposeful role with its eye-catching titular misnomer. Despite the current political climate, the song isn’t about our current government. Katie clarifies, “I actually wrote it about one of my least favorite coworkers while working in memory care in a nursing home. This coworker was not a team player. Much like a politician, she only cared about promoting herself and making herself look like the hero while we did all the dirty work.”

Listen to Katie Frank’s new track, “Dark Cloud,” below. Keep up with the emerging artist, here. 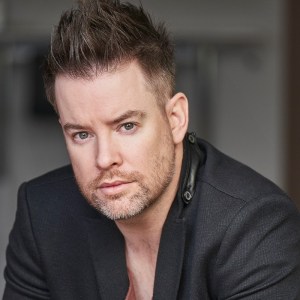 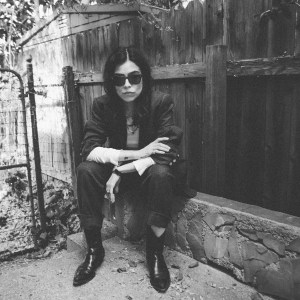