Traveling around from the age of 2, Marion Raw emigrated from Mexico to the U.S. with her beauty queen mother, moving nearly two dozen times. This transient upbringing led Raw to fantasize about her own world and life from a very young age, something the singer, songwriter, and visual artist explores on debut solo album Deep Cuts, out April 9.

“There is a certain freedom growing up as a tourist and foreigner in so many different places, in that you can try different cultures and customs on for size, without ever really identifying with those masks,” says the LA-based Raw. “You learn to observe and listen to peoples stories as an outsider looking in.”

Spending a lot of time in airports and hotels as a little girl, all the accents and stories a young Raw (Marión Sosa) overheard were embedded in her mind, ultimately shaping the moving pictures around each song on Deep Cuts. “I was always fascinated by adults talking about their lives, and I feel that has strongly colored a lot of my writing,” shares Raw, also the singer/songwriter in Mexican rock band Love La Femme “The melodic accents I was exposed to frequently visit me when I write—from the southern Texan twang to London’s melodic swagger—it’s all very present within my histrionic Mexican roots.”

Mostly recorded in one-take at home during the pandemic—with help from AJ Davila of Davila 666, who assisted as engineer and co-producer—Deep Cuts is a mergence of stored and archive recordings and improvised pieces, all pieced together on a four-track Tascam cassette recorder in 2020. “There was no planning, polishing, or budget for that matter,” says Raw of the DIY production of Deep Cuts, “just some left over blank tapes, an old four-track Tascam, and the imminent sense of doom that accompanied the first lockdown of 2020.”

Raw adds, “Analog can be romanticized in the current digital era, but until you actually record directly onto tape, then you are left with no other option but to surrender to the process, which includes a willingness to be vulnerable and seen and to move away from perfectionism. This can be terrifying but makes for a lot of happy accidents.”

Deep Cuts is a personal narrative of youth, growth, belonging, identity, family, and misdirected love, all excavated through memories, dreams, and ephemeral visions. Much like her mixed states of her upbringing, Deep Cuts are 13 musical replicas representing som of the different colors and voices in Raw’s head. The experiential and experimental, swelling around a dream-like state and real-life visuals.

“Whereas, Love La Femme was a band, and all of our recordings were in a studio setting with a lot of people, opinions, and many moving parts involved, I would say that at best 50 percent of me was truly conveyed,” says Raw. “[It was] a massive learning experience, nonetheless, and at the height of it all, it was a lot of fun, although deep down I always yearned to go back to a simpler time when it was, just me, in my room, playing crap guitar.”

Drawing from varied musical mediums—pieces of the more ambient jazz of Rebekah Del Rio’s “Llorando” (featured David Lynch’s Mulholland Drive), musical renderings from folk artist and ethnomusicologist Alan Lomax, visuals of Delta Blues musicians, and snapshots of Orson Welles’ “The War of the Worlds” radio broadcast from 1938—“This type of raw honesty that suspends logic always gets me,” says Raw.

She adds, “All of this influenced the overall sound and approach we had when we decided to make the album. We wanted to make a time machine of sorts that fictitiously would serve as an artifact for future civilizations, which meant recoding from old radio broadcasts, TV, and the sounds that naturally penetrated into the room—sometimes me vocalizing or messing about.”

Deep Cuts is an expression of different times and places, all encapsulated and preserved in time, and effortlessly shifting from English to Spanish through “”Deportee,” Raw’s take on Woody Guthrie’s “Deportee (Plane Wreck at Los Gatos),” a story about the 1948 crash that killed many immigrants—and also covered by Johnny Cash, Bob Dylan, Dolly Parton, Joan Baez, and Bruce Springsteen—through her cover of Mexican singer and composer El Buki’s ”Si No Te Hubieras Ido, an ode to Marco Antonio Solis’s “No Hay Nada Más Difícil.”

Already in the mode of telling stories with Love La Femme, mixing in more English language was a pronounced shift for Raw. “I can full heartedly say that this is different in absolutely every possible way,” says Raw. “For starters: the language. Love La Femme was in Spanish, so that has been a huge game changer for me.”

Flickering like a gramophone, every song is a scene set in time. Shifting through lapses of a ragtime and more modern days, Raw remains bare, delivering stories in her own dark folk and country twang, from a stripped version of Cher’s “If I Could Turn Back Time” the cacophonous croon of “Run With the Sea” and stirring rendition of Sinéad O’Connor’s 1990 single “Black Boys on Mopeds.”

The recipient of a FONCA award for her mixed media project Mummy Dearest (2009), exploring mental health and gender, Raw has already recorded a second release with her original material accompanying visuals for release late 2021.

“I think there are many factors that play into the end result of the album: the things we control along with serendipity,” says Raw. “The anatomy of ‘Deep Cuts’ is made up of elements of surprise, curiosity, resourcefulness, pain, vulnerability and ultimately love.” 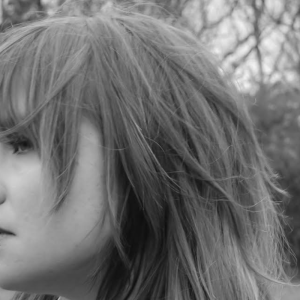 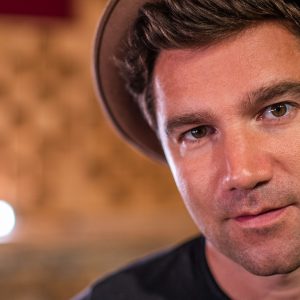