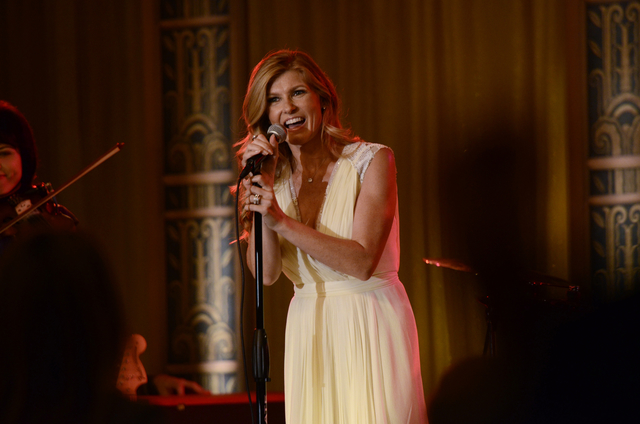 “We Live in Two Different Worlds” is the title of last night’s everyone’s-spiraling-downward episode of Nashville, that found our sprightly, Swift-ian antagonist, Juliette Barnes, facing her demons, the dangers of live television and the repercussions of swiping a bottle of Sally Hansen Quick Dry in Pompous Pink. It’s also the third episode of the show to be named after a Hank Williams recording, which is kind of like people calling their kid Dylan or Jagger and hoping they grow up to be rock legends. It’s pretty big shoes to fill.

Of course “real” country music, or at least traditional country music, doesn’t make much of an appearance on Nashville. Not to say that there wasn’t scandal in the days of Hank Sr. – he died in the back of a car, after all. But scandalous dealings – musically, romantically, nailpolish-ly – are trendier than black trucker hats in the capitol of Tennessee. Apparently, they’re even trendier than music itself. So here we go.

Wait a minute. Is that Deacon and Rayna sweetly under the sheets together, in that moody day-for-night lighting? Well, not exactly. Rayna’s just having a juicy dream, which her uptight husband rudely awakens her from. Lady even has civilized sex dreams! Look, we know Rayna and her band man fantasize about each other. That’s no secret, probably not even to Teddy. Later, as Rayna is metaphorically splashing cold water on her face in the kitchen, her sister, Tandy (a.k.a “the mouth of the South”) breaks the news that Teddy is twelve points behind in the polls. “I can sing,” suggests Rayna, when she hears that he’s hosting a really boring fundraiser for guys in suits. Maybe she feels guilty about her dirty dreams..

Back in the bedroom, Rayna and Teddy are in – wait for it – two different worlds. She’s under the sheets, hair just so and shoulders so very shiny, and he’s in his suit, talking about politics. She’s convincing her husband that she should indeed sing at the fundraiser, when he really wants to resist her help. “I can sing anywhere,” she says. “Even Connecticut!” He takes his tie off and walks away to leave Rayna in bed with nothing but the glossy pages of Nashville Arts magazine.

Over in Belle Meade, things are falling apart behind those iron gates. “Four million views? Not bad,” Juliette says watching the clip of her drugstore hi-jinks on YouTube, unphased and sipping her coffee while her mother, Jolene, darts around the kitchen, apparently looking for something without raisins. She was equally unphased when two cops showed up to her door earlier, to serve her with misdemeanor chargers. But Mr. Manager (who must live at Juliette’s house, based on how often he’s there) isn’t screwing around. He’s called in Juliette’s super-powered NYC publicist, McKenna, to fix things. “Doesn’t she have Kristin Stewart to worry about?” quips Juliette. Poor McKenna: apparently all her clients are lying, stealing cheats.

Jolene appears from the other room with two bags, asking the pivotal question of the episode that strangely no once else has thought of yet: why would her daughter steal nail polish when she has all these bottles right here? Juliette grabs them from her hands, and asks Mr. Manager if she can’t just send her momma back to Birmingham (touché!). The next morning, McKenna shows up while Juliette is reconnecting with her heart center through a couple of yoga moves on her patio. McKenna means business. She’s already drafted a release and booked an interview on GMA. Juliette’s having none of it. She’s going to ride this rebellion out. But after learning her tour is in jeopardy, and getting lectured by Mr. Manger and McKenna on how folks like Rayna Jaymes had to really work for their careers, she caves. Apparently all it takes is saying “Rayna Jaymes” to Juliette. It’s like calling Michael J. Fox “chicken” in Back to the Future. Anyway, she agrees to GMA.

Over on music row, Scarlett and Gunnar are getting a tour of their publisher’s office (fun fact: that’s the Sony sign they flash) after learning those demos actually scored them a deal. Gunnar flirts with cute assistant Hailey, who invites the duo out to dinner with her boss, because that’s what they do for all new writers. Scarlett brings Avery, who sits there looking like he’s about to vomit all over the table while his girlfriend talks so very prettily about the art of songwriting. Publishing exec asks very basic questions about the two people she presumably just gave a substantial deal to. It’s no wonder the music business is in jeopardy: these two could be murders or spies, and she’d have no idea. Gunnar turns the tables to Hailey, asking where she’s from. “Colorado, weirdly,” she says, in a bout of super-accurate Nashvillian dialogue.

After dinner, Hailey asks Gunnar, Avery and Scarlett if they want to continue the night’s festivities elsewhere. But Avery’s in a mood. He’s mad because his girlfriend was nicely trying to play up his band at dinner, and he found it condescending. He storms off, apparently walking all the way to East Nashville from the Gulch, which is about three miles to the 5 Spot where one of his equally-miserable band members can probably give him a the rest of the way home in a 1988 pickup truck. 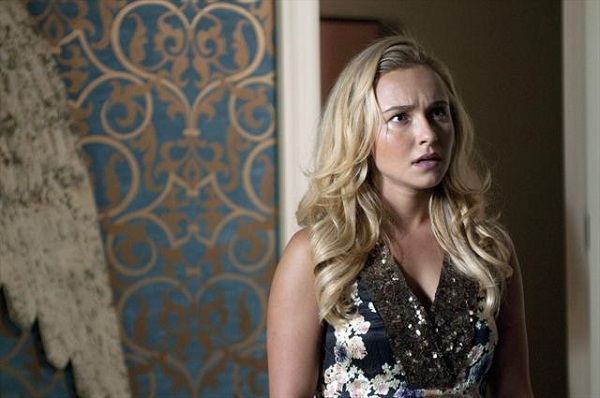 Back at the Barnes household, Jolene has made her daughter a really scary bowl of macaroni with ketchup and cream cheese (is that what they do in Birmingham?) so she can be nourished for her interview. Juliette shoots her a look of death – carbs? And dairy? How dare you! She stands up and accuses her mom of stealing things in the house and selling them for drugs, grabbing her mom’s backpack and shaking all the contents on the floor. And there it is. No drugs, just a photo of mother and daughter from many years ago. Juliette cries hysterically on the floor.

Though she still has to do that GMA interview. At the taping, her crew of publicists and managers are gathered nervously behind the monitor. And rightly so. When Robin Roberts asks Juliette why she stole the nail polish, she spits out some weird excuse about how being famous is really difficult and people are jealous, maintaining her innocence. “That’s the problem with being on top. People aren’t just waiting for you to fall, they’re trying to cause you to,” she says. And then Robin Roberts, being a reporter, asks about junky Jolene. Wrong move. Juliette storms off. During a live-to-tape interview. Bad. Real bad. Lose your tour and sponsors bad.

At the fundraiser, Rayna is battling with some nerves. She hates being at the country club. “These are not my people!” she says. “These are the people that made fun of me in high school for liking country music!” Deacon shows up and runs into Teddy in the dressing room, where they start sparring. Tensions are already running high for Rayna because presumable vixen Peggy (Kimberly Williams Paisley) is in attendance. Seem she and Teddy have a scandalous back story of some kind, which is cemented by a secret meeting they have later in his car where she asks him to “come clean.” Maybe he sent her photos of his Anthony Wiener? Anyway, something’s going to come out.

After her performance, Rayna and Deacon meet back in the dressing room and tearfully break up. “I’m firing him,” Rayna tells Teddy back at home, and sits sadly on the bed with that same copy of Nashville Arts.

But meanwhile: good job, Gunnar. He bagged the publishing assistant, and they wake up together in his apartment. “How awkward will this be, on a scale of one to ten, at work?” Well, if this were the real world, not awkward at all: it’s not like writers with publishing deals come into the office every day and work on songs from a cute little cubicle. Scarlett decides to stop by Gunnar’s and catches a glimpse of the walk of shame. Uh oh. Is she jealous? Anyway, she decides to have lunch with her uncle (Deacon!) at Jack’s, the place where no Nashvillian ever eats unless they have family in town. Uncle Deacon tells his niece that, well, she and Avery are in two different worlds. I.e. he has a shitty band, and she’s got talent. Pass the barbeque sauce.

Later in East Nashville, Avery apparently got home safe. “I wish you could support me like I support you,” Scarlett asks her boyfriend. He’ll try, he says, and goes off to stretch his calves. That was a really long walk home last night.

And to add insult to injury, Mr. Manager confronts Juliette. He’s going to drop her (but where would he live?). “Please don’t do this,” she begs. “I want my tour back. I want my image back. Whatever it takes.” Mr. Manager finally asks the important question: why did you steal the nail polish? Apparently, it’s something Juliette used to do as a kid, to make her feel like she could take care of himself. For control, maybe. Well, that’s enough to change his mind. Call a friend, he says, and we’ll talk again in the morning. “I don’t have friends. Just people who want to be seen with me,” she says.

Well, except for those friends with benefits. She rings Deacon, who is sitting in his car somewhere. “You doing anything?” he asks. This bad-girl scandal has definitely made her more attractive to Deacon, and, besides, he’s a free agent now – and pissing off Rayna is priority numero uno. They may live in two different worlds, Juliette and Deacon, but tonight they’ll be in one bed. 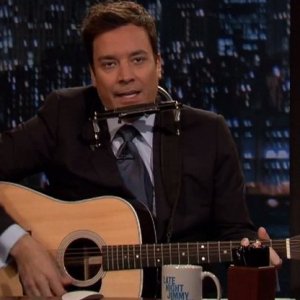 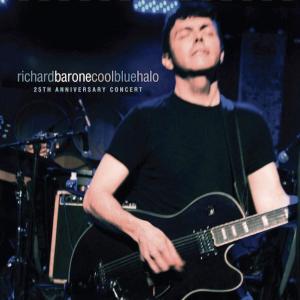