Pacific Northwest singer-songwriter, Stephanie Anne Johnson, says, these days, they’re learning to pivot. In fact, the artist, who prefers the pronouns “they” and “them,” has written a whole song about it: “Naturally,” which we’re happy to premiere here today.

Johnson, who was born and raised in Tacoma, Washington, which is about an hour south of Seattle, has learned over the years that even the best-laid plans can shift, crumble or change. So, instead, they’ve practiced the ancient art of acceptance, the ability to roll with whatever might come next. In other words, Johnson, who rose to prominence, in part, from their stint on NBC’s The Voice and who opened for Bernie Sanders in 2020 at a Tacoma political rally, is getting more adept at things happening simply, organically. In this way, the worry of control can subside and Johnson is left to create, which they do prolifically.

“I’m working with a new musician friend, who’s twenty-three-years-old,” Johnson tells American Songwriter. “And his advice is, ‘You’ve got to be ready to go in a different direction immediately.’ Just being able to be comfortable to change the plan, the trajectory, for any number of reasons. What I’m working on now is my ability to relax, breathe deeply and pivot when I need to, when I have to.”

For those who know the musician, it may not come as a surprise that they’re open to taking advice from friends and collaborators. In fact, Johnson has benefited over the years from the kindness of others. As a young person, each member of Johnson’s family introduced the burgeoning singer to new genres of music. Their older brother showed them classical compositions and, later, jazz. Their mom loved the music from the 70s and specifically James Brown. Their grandmother showed them the blues and their grandfather talked rock ‘n’ roll. In middle school, Johnson participated in choirs, learning how to work with other members on sheet music. Later in life, Johnson began singing professionally on cruise ships for about five years. There, they got their sea legs in the business, so to speak.

“I was a solo act during that time,” Johnson says. “I remember one day, right in the middle of my cruising career, I was playing some song, probably The Eagles, and I woke up in the middle of the song. I realized that I could have independent thoughts while I was singing and playing the guitar. And I thought, ‘This is my new life. This is my job, I’m getting paid to do this and I’m going to be in [the Greek Island] Santorini tomorrow!”

Johnson’s cruise ship experience helped lead them to trying out for The Voice and landing a spot on the show. Johnson made it through a few rounds with their coach, CeeLo Green, boasting a powerful voice. While Johnson doesn’t look back and particularly cherish or lament any aspects of their time on the show, it was an impactful moment in their career. But instead of focusing on that moment in time, Johnson continues to look ahead at the unfurling road.

“One of the things that I feel has helped me in my life,” the musician says, “is my ability to continue to move forward. Picking up my feet and going to the next thing, packing the car and driving to the next gig.”

For Johnson, the music doesn’t stop if they’re tired, confused with the task at hand or feeling on top of the world. In one sense, that’s what they love most about participating in the art form—that it’s always there and often invigorating. Johnson has seen the globe through a porthole. They’ve been on nationally broadcast television. And they’ve rocked many a Northwest dive bar with their live band, Stephanie Anne Johnson & The Hidogs. For the artist, who also acts, teaches and writes poetry, music is what makes them truly feel best.

“Physically,” Johnson says, “I think it’s the amount of oxygen in my brain that makes me happiest to be singing. But, emotionally, I just feel like I create the most peace in myself when I’m singing. It’s the thing I feel most sure in my ability to do.”

In 2020, as state officials announced Washington’s shutdown due to the COVID-19 pandemic, Johnson was in Olympia, prepping their next studio record at band practice when the group’s booking agent called to inform them of the news. Today, despite the many months of quarantine-suppressed activity, Stephanie Anne Johnson & The Hidogs still have dozens of songs and several potential albums saved up for release. On the group’s new single, “Naturally,” Johnson sings smoothly, easily over a staccato strummed acoustic guitar. Their rich voice fills the space and reminds listeners to let the days transpire as they might. Johnson, who remembers hearing advice along the way like don’t force a car or a relationship, says these words inspired the song.

Johnson remembers a moment from months ago in a sound check with the band. They were playing a gig outside Seattle on Vashon Island, trying out a new song before the proverbial curtain rose. Right in the middle of the song, Johnson began to weep. When it was over, they turned to the band and realized each one had also gone through an emotional moment. For Johnson, that type of experience signifies the importance and magic of music, as well as the wave of unity it can provide.

“I hadn’t anticipated that,” Johnson says. “But it was an incredible feeling. My favorite thing about music is its transportive properties, the way it can lift your spirits up. It can change your outlook on life. It can make you feel like taking a great, deep breath.” 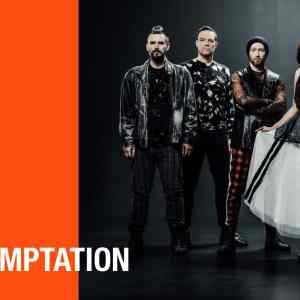 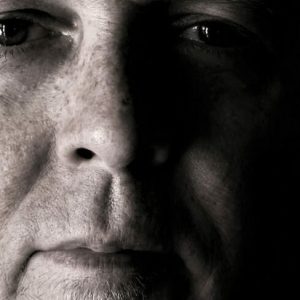