Musicians jumping between different bands and solo careers were not uncommon in the rock ‘n’ roll scene of the late 20th century, but few did this dance as well as Canadian-born singer/songwriter Neil Young.

Born in Toronto, Canada, in 1945, Young grew up in a golden age of rock ‘n’ roll, rockabilly, country, R&B, and doo-wop. Musicians such as Elvis Presley, Chuck Berry, Fats Domino, and Johnny Cash make up a few of his early musical influences.

Young then started his musical career in Winnipeg and, after a successful start with several bands and as a solo artist, eventually moved to Los Angeles. There, he formed the band Buffalo Springfield, released his first solo album, and worked closely with a trio called Crazy Horse.

In 1969, he joined the trio Crosby, Stills, & Nash, causing the group to rebrand as Crosby, Stills, Nash & Young; he wanted to be a full member, not just a sideman. The now quartet performed at the infamous Woodstock Festival, where Young missed most of the acoustic set and refused to be filmed for the electric set.

Following his stint with Crosby, Stills, Nash & Young, Young furthered his solo career and continued to work alongside other talented musicians including Linda Ronstadt and James Taylor. Young has also made a name for himself as an environmental activist and has always been outspoken against war, which is highlighted in his 2006 album, Living with War.

Young has built an impressive career with his signature guitar work, tenor voice, and deep lyrics. Although it’s impossible to make a definitive Greatest Hits list out of his 1,180 song catalog, here are 9 of his greatest hits.

4. “The Needle and the Damage Done” 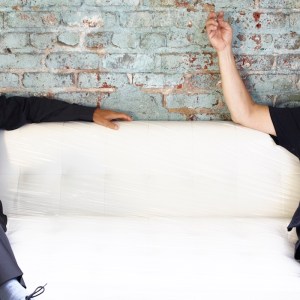