Everyone needs some time to figure out who they really are. It took Canadian pop singer Nikki Yanofsky four years to do it.

First breaking out with her 2008 debut Ella…Of Thee I Swing, Yanofsky was a young jazz sensation, tearing through the standards and releasing her first album at the age of 14. Jazz is still her root, but after an immense period of growth, the singer and songwriter is in a different place, which is reflective on her fourth album, Turn Down The Sound (e/One Music), out this summer.

“I feel like a completely different person than I was four years ago,” Yanofsky tells American Songwriter. “I feel like I’ve really come to understand myself and that’s a constant thing, it doesn’t ever stop. That’s the whole point, to be able to grow and change and get better, but I feel like I wanted to wait until I felt settled, and I do now.”

Now 26, Yanofsky started working on the album in March 2019 and wanted to create something from a place of honesty, vulnerability, and real-life experiences.

“I’d never really done that with my music before,” she says. “Maybe I was too scared to, or I didn’t know myself well enough to feel comfortable doing it, but the older you get, the better you get to know yourself. The vision and the goal was to make something that didn’t compromise my musical vocabulary.”

Produced and co-written by Zachary Seman and Roger Kleinman (Joey Bada$$, ASAP Rocky) Turn Down The Sound is rooted in jazz with deeper elements of pop, Motown, blues, and soul. She always wanted blend pop with jazz since it allows more improvisation without any real right or wrong.

“I always say, ‘in jazz it’s wrong and strong,’” says Yanofsky. “That’s jazz. It lends itself to a lot of my phrasing and approaching things in this sort of realm that i’m in now. I’m really trying to do a juxtaposition of pop and jazz.”

Gravitating toward and exploring different sounds, Yanofsky says she found genres outside of jazz that suit her voice better.“You’re a result of what you listen to and your influences,” she says. “That’s definitely what lead me here.”

Using jazz to her advantage, Yanfosky weaved in more complex chords, interesting progressions, and other instrumentation typically not heard in contemporary music. “I wanted to use that to set me apart in a way,” she says. “My producers did such a great job of walking that line, in between what the current sounds are and the roots of jazz and R&B and soul.”

Yanofsky thoroughly found herself through Turn Down The Sound. She’s fine on her own and is doing music her way, opening with a rhythmic and moodier “Loner” into more ’80s pop-funk on first single, “Nerve,” dripping in Motown beats on “Forget” and bursting through her fiery R & B anthem “Black Sheep.” Turn Down The Sound reveals the artist Yanofsky was always meant to be.

On tracks “Turn Down the Sound” and “Bubbles,” Yanofsky pulled in her mentor, the late British songwriter and producer Rod Temperton. Known for working with ’70s funk and disco band Heatwave, by the 1980s Temperton, who passed away in 2016, was writing hits for Michael Jackson, including his 1982 hit “Thriller.”

For Yanofsky, “Bubbles” was particularly special since she wrote it with Temperton, and it was last song he penned for Turn Down The Sound before he passed away. “That was actually gonna be for his own project,” she says. “It was going be his own artist project where he was the songwriter and producer and featured singers sang on it.”

Writing more, Yanofsky also had a hand in Black Sheep‘s production, but overall it was a collaborative effort. “Zach and Roger were the drivers,” says Yanofsy. “They knew how to work everything, but I’m knowledgeable enough about music to say, ‘okay, this part should do this.’ I think we really all brought out the best in each other.”

Holding two separate meanings for Yanofsky, Turn Down The Sound the album title is something completely different from the title track. “I was in kind of a darker place, I was going through something personally, and I feel like it was so therapeutic to write,” says Yanofsky of the song. “It was the first song I wrote 100 percent solo for this album.”

For many years Yanofsky says it was hard to put her foot down to “suits” in the industry that she trusted and thought knew better. She was always branded as a jazz singer but just felt like a singer. “I love jazz, but I also love Motown and pop and soul and R & B, and I just always defer to what Quincy [Jones] always said about music, which is ‘good music is good music,’ so it doesn’t matter. I was always pushing that narrative, but people always need to put you in a box.”

“You really don’t have a chance to figure out who you are yet, and it kind of made me feel like a black sheep, like an outcast in my own career,” says Yanofsky. “So this album really is the first time where that’s not the case. It’s sort of owning it, owning that element.”

She adds, “I wanted to do something that I’m proud of, and I feel really represents me, and gives people a glimpse into my character and my personality and my thought process on different things, and it’s scary. The process is so much more, [and] the reward is honest and true. It’s greater than anything I’ve ever done.” 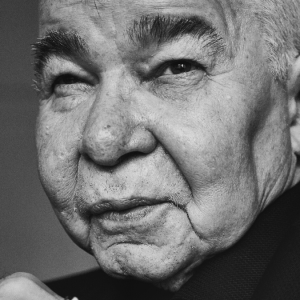 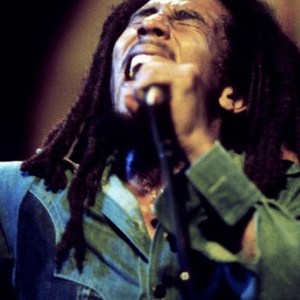