Hello and welcome back to our weekly series in which we share with you some of our favorite tracks that hit the literal and proverbial shelves this week.

In our newest installment, we’ll dive into new tracks by artists like Japanese Breakfast, Poo Bear, Tank and the Bangas, and many, many more.

So, without further ado, let’s dive in, shall we?

1. Franz Ferdinand is back! And not a moment too soon, right? The “Take Me Out” rockers dropped the new song “Curious,” and it left us very much so. Check out the disco-inspired song from the Irish songwriters below and be on the lookout for a new compilation album on March 11.

2. Former member of The Head and the Heart, Josiah Johnson, who has now taken on a brilliant solo career, released his latest thoughtful single, “Hello, Hello On Fire!” Check out the new song below from the expert writer.

3. Indie rocker Japanese Breakfast released a cover of Yoko Ono’s “Nobody Sees Me Like You Do” earlier this week as a tribute to the misunderstood figure in Beatles lore. The new song features piano, delicate vocals, and a whole lot of history (that’s still in the making).

4. Is there a more fun band in music today? Likely no. New Orlean’s Tank and the Bangas have released the group’s newest single today, “No ID,” and it’s a romp, a bop, a slapper, and whatever else is the proper current nomenclature. We love TATB!

6. Gospel group The Dedicated Men of Zion have a vocal mixture like your favorite honey cake. It’s sumptuous, sweet, and sticky as ever. Check out the group’s newest single, “Lord Hold My Hand,” which the band released earlier this week.

7. The Smile, which is the latest side project from members of Radiohead and features Jonny Greenwood and Thom Yorke, released its latest single and frenetic music video for the song “The Smoke” which you can see below. It’s hypnotic and delightful.

8. Miami-based producer, entrepreneur, and songwriter, Poo Bear, released a new lively song and music video this week, “Distant Shore,” which you can put on to raise your heartbeat, spirits, or overall energy level. Check it out below (and try not to want to go to the beach after!).

9. Songwriter, performer, and business person, Trixie Mattel, released a new country song, “This Town,” earlier this week. It’s a signature, lamenting, forlorn track written and displayed by a master of creative expression. Check it out below.

10. This week, FKA twigs released a new album, CAPRISONGS. And so to celebrate the achievement, we wanted to showcase the newest single from that record, “jealousy,” which you can check out below in all of its hip-shaking rhythm and pop deliveries.

11. Today (January 28), Brent Cobb has released his latest gospel album, And Now, Let’s Turn To Page… and to celebrate that release, the artist recently dropped a new single, “When It’s My Time,” which you can check out below.

12. Colombian star songwriter and performer, Sebastián Yatra, released his new 17-track LP Dharma today and along with it a new video for his single of the same name. Check out the newest from the hitmaker here below.

14. Today, smooth singer Michael Bublé announced his forthcoming studio LP, Higher, which is set to drop on March 25. The singer also celebrated the news by dropping his newest single, “I’ll Never Not Love You,” which you can check out here below.

15. Country singer Jordan Fletcher released his debut EP, True Stories, today and along with that came his latest single, “Firebird,” which you can hear in all its smooth acoustic glory from the Nashville-based artist below.

16. Rick Ross announced the brand new Richer Than I Ever Been Deluxe Edition that’s out now. And to celebrate the news, he dropped a new single, “Little Havana,” which features Willie Falcon and The-Dream. Check out the new tune here below. 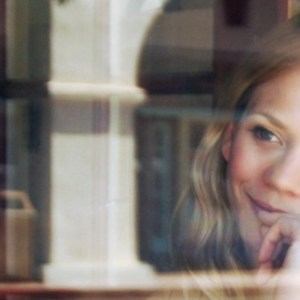