In March 2020, Grammy Award-winning singer/songwriter JoJo was getting ready to release a new album, Good To Know, and embark on a headlining tour across the country. Then the pandemic hit and the world stopped.

“Like a lot of people, I was really excited and optimistic for 2020 because it’s a new decade, the roaring twenties, like, ‘Woo.'” JoJo said in an episode of American Songwriter’s Twitch show, Off The Record Live. “A lot of people that I know were like, “Oh, 2020 is going to be my year.’ I was like, Yeah, ‘I’m claiming that too. I have the vision board.'”

While the year didn’t exactly meet those roaring twenties expectations, JoJo was still grateful that she got to stay busy connecting with people through her album and Zoom interviews and trying not to be defeated by the circumstances.

To keep herself busy JoJo worked on a Christmas album, December Baby, which she released at the end of 2020 and used the time to be introspective. “That busyness was something that probably kept me from going into a real dark place that I tend to go into,” she shared.

But when that busyness stopped, JoJo fell into a depression.

“I had been involved with somebody in my life on and off for a really long time,” JoJo recalls. “We were like best friends. He was a huge important part of my life and then we stopped being that way with each other. I just totally felt like I don’t even know who I am anymore. Through that, through questioning everything about myself, like, ‘am I intrinsically bad? Will I ever feel love again?,’ like even asking myself, ‘Am I unlovable? Am I even worthy of making music anymore? Am I a good songwriter?’ Questioning everything about myself. I really, really beat up on myself.”

When her label called asking if she was ready to get started on the next album, JoJo was certain she was not. She felt she had to write through what she was feeling. And the result of that is her new EP Trying Not To Think About It, which takes a look at those feelings—anxiety, depression, relationship self-sabotage, and emotional immaturity.

Sitting down with American Songwriter for Off The Record Live, JoJo talked about everything from her favorite movies, finding success at a young age, winning a Grammy for R&B Song of the Year, and dealing with anxiety and depression, which her album, Trying Not to Think About It, addresses head on.

“Know that you’re not alone if you are going through something and there are resources out there,” JoJo said. “Don’t think that you’re too good to get help or don’t think that you don’t deserve to get help. Everybody deserves to be happy and at peace and to move throughout life being able to look people in the eye and knowing that they are intrinsically worthy.”

Watch the full interview below: 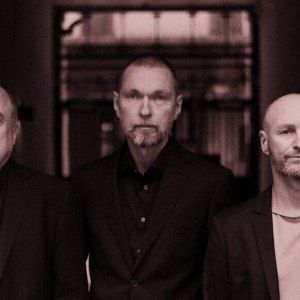 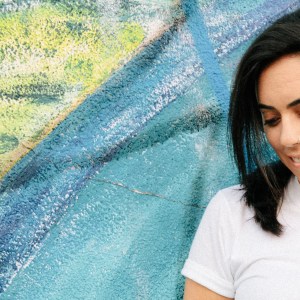