In many ways, time can now be measured as before and after “Old Town Road.” The smash-hit from multi-hyphenate Lil Nas X has changed the way leagues of people see music and what it can be. “Old Town Road” even spawned a KIDZ BOP version—all this from a previously unknown musician in his early 20s.

But before we get into the song’s history, let’s all just watch the “Old Town Road (Official Movie) ft Billy Ray Cyrus” together here. What’s 5:08 between friends?

First and foremost, isn’t the pairing of Cyrus and Lil Nas X delightful? The whole “Yer with me now” dynamic is crucial to the song’s life. Cyrus, a bona fide country star and father of global music star Miley Cyrus put his arm around Lil Nas X. A mighty fine welcome paving the way for Lil Nas X’s entry to the country scene. Lil Nas X, who knew Miley because of his past role on the Disney series she starred in, Hannah Montana, reached out to Cyrus for his support. And beyond that, Cyrus’ gritty vocal delivery is just spot on for the track’s opening and break.

Lil Nas X (born Montero Lamar Hill) released “Old Town Road” on December 3, 2018 (three years ago, today). Later, in March of 2019, the song was re-released by Columbia Records after a bidding war. In April, a remix of the song was released with Cyrus. In total, “Old Town Road” spent 19 weeks on top of the Billboard charts—helped by the number of remixes the artist allowed for—becoming the longest-running No. 1 song since the debut of the Hot 100 chart. The track won Lil Nas X Grammy Awards for Best Music Video and Best Pop Duo/Group Performance.

The now-22 year old Georgia-born musician also became the first openly gay Black artist to win a Country Music Association award. Before he or his song was famous, Lil Nas X cultivated a personality on the internet and social media—on Twitter, more specifically. It was around that time, reportedly, that the artist bought the beat for the song (anonymously) at an online shop from Dutch producer YoungKio for $30. The beat samples the song “34 Ghosts” from the Nine Inch Nails album Ghosts I-IV. Lil Nas X has said he recorded the song in a modest Atlanta studio on their $20 Tuesdays, taking less than an hour.

He then released it on Soundcloud later that day. Nine Inch Nails frontman, Trent Reznor, granted the sample and called the song “undeniably hooky.” Working his social media magic, Lil Nas X began making memes—about 100, he says—to promote the song. It was later picked up by TikTok users. The song went viral as a result of the #Yeehaw Challenge and debuted at 83 on the Billboard charts. The rest is history. Well, almost. For some time, there was controversy over the song’s inclusion in the country music pantheon. Later in 2019, Billboard took the song off the Hot Country chart, telling Rolling Stone:

“When determining genres, a few factors are examined, but first and foremost is a musical composition. While “Old Town Road” incorporates references to country and cowboy imagery, it does not embrace enough elements of today’s country music to chart in its current version.”

Many claimed racism or, at least, deep prejudice. The song had reached No. 19 on the Billboard Hot Country Songs chart and the publication disqualified it. It since has not been re-entered onto the overall country charts. Despite this (or, maybe in part as a result) the song has had many big lives and has topped the charts in numerous countries, including Australia, Canada, France, Germany, Ireland, the U.K. and more. It has been certified as diamond, selling ten million total units in America. In response to Billboard’s removal, Cyrus tweeted his continued support and approval of Lil Nas X, placing it in the category of the covered “Outlaw.”

On top of all this, Lil Nas X’s song put the genre of country rap and even the concept of the Black Cowboy squarely on the modern map. But why, exactly? Let’s dig into the lyrics:

I got the horses in the back
Horse tack is attached
Hat is matte black
Got the boots that’s black to match
Riding on a horse, ha
You can whip your Porsche
I been in the valley
You ain’t been up off the porch, now

The song is catchy, repetitive and uses familiar figures like horses and tractors. But perhaps the most indelible aspect of the song is the refrain, Can’t nobody tell me nothing. It’s a chorus of success we all can joy. We can live vicariously through Lil Nas X’s success. Because of this one song, he rose to superstardom and infamy. He’s known globally around the world for his music and his boundary smashing decisions. The song led him to release his debut LP Montero to great applause. No matter the criticism—and, by now, he’s heard it all—he won’t hear it. We can’t tell him nothing.

And that’s quite alright. 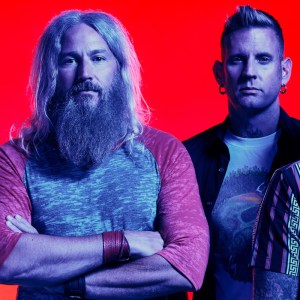