When you grow up with your mother as the lead pianist of the Long Island Philharmonic Orchestra, there’s a good chance you’ll end up a musician too. For Olive Louise, that was very much the case.

Growing up in Kings Point, New York, on the very estate that inspired F. Scott Fitzgerald’s novel The Great Gatsby no less, Louise spent her early years studying piano and violin under the tutelage of her mother. Her earliest memories include falling asleep to the sound of her mother’s playing and being allowed to leave for school only after mastering a Vivaldi concerto—inevitably, music is part of Louise’s DNA.

These days, Louise isn’t as focused on Vivaldi and Mozart as she is creating her own music. While she may be a classically trained musician having studied at the Berklee College of Music in Boston and then The American Musical and Dramatic Academy (AMDA), Olive is so much more than that. Inspired as much by French composer Claude Debussy as she is Fiona Apple, OutKast, and Norah Jones, Louise has fashioned her own unique sound marrying rich piano with undeniable pop stylings.

With the release of her latest single “Nothing’s the Same,” Louise is leaning headfirst into 2021 with a nostalgia for childhood. With her naivety of her adolescence ripped away by the tragic passing of both of her parents, Louise found herself thrust into a somewhat chaotic young adulthood and various unstable living situations. Wistful and longing, “Nothing’s the Same” is a beautiful display of Louise’s natural storytelling abilities as she longs to once again touch those early days.

“I was thinking about how different everything used to be and how things felt a lot simpler when I was growing up,” Louise tells American Songwriter. “I really missed the feeling of running around outside and feeling like the sun was kissing you and nothing else really mattered. I guess I was trying to feel that again and then the song came about and morphed into this limbo between really longing for what was and also being excited about all the moments that haven’t even happened yet. This song exists in limbo, that angst you feel when you don’t really know where you’re headed and yet you couldn’t feel more alive.”

More than just a reality-based reminiscence, the memories are sweet but they also cut deep. Living with that type of void is one few can relate to, but to her credit, in writing the song she allowed herself to be vulnerable. She let the song take her to a place few understand and communicate it to those who don’t.

“I love the line, I needed love I needed someone to hold me, I was lonely now I stand alone a new me. For years after my parents passed, I just wanted love to fill that void that, as it turns out, nothing ever fills. When anyone would come along and show any interest in me, it made me feel like I mattered at a time when I really felt like I was just a human attached to nothing and no one. Suddenly, I was in their light, and when that went away, or I realized how there was no connection there and how I had almost tried to trick myself into thinking there was because I was that desperate, it was such a hard realization.”

Trying times to live through indeed. While the void left by her parents’ absence is one that can never be truly filled, Olive feels as though she’s come around the other end and hopes “Nothing’s the Same” can help other people do the same.

“It feels like I’ve really created my own solid ground. I hope that it awakens a part in anyone going through something similar, that whatever they so badly want from others is something that already exists within themselves,” she says. “Nobody can validate you. You’re enough on your own and you matter more than you could ever know. I love that this is what that means to me and I hope others can feel that for themselves through it.”

While many might shudder at the mere thought of letting the world see so far inside their naked soul, that’s where Louise feels most at home. Like most well-seasoned songwriters before her, this young storyteller is learning to master her craft by telling stories from her own point of reference, regardless of how personal they might be.

“I write at my best when I’m not even a little bit concerned about what anyone else will think about me.  This means I’m able to be fully honest about my feelings and thoughts and in sharing my experiences through my lyrics without wondering how people will perceive me.” 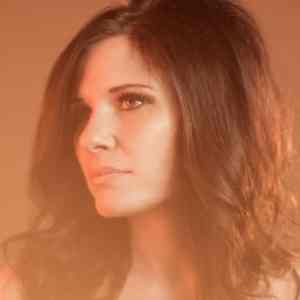 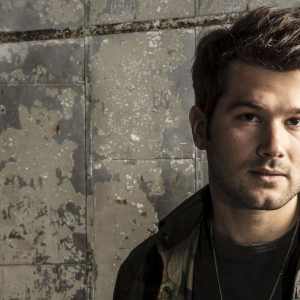