When Shannon McNally signed with the artist collective Blue Rose Music, she was given the option of recording … well, whatever she wanted. Which would be a dream come true for most of us, corporate backing with no demands on our artistic output. But where many singer/songwriters would choose to record their own material, McNally—who already has several releases of original material under her belt going back nearly two decades—chose to record not only an album of covers, but an album of songs originally cut by one of the most iconic country legends ever, and a male legend at that.

The Waylon Sessions is McNally’s upcoming album of Waylon Jennings material on Compass Records, set to drop on May 28. With tracks like “Only Daddy That’ll Walk the Line,” “I’ve Always Been Crazy,” and the current lead single, “Ain’t Livin’ Long Like This,” McNally enlisted friends Rodney Crowell, Buddy Miller, Lukas Nelson, and Jennings’ widow Jessi Colter to help out, as well as a top-notch band assembled by guitarist Kenny Vaughan of Marty Stuart’s Fabulous Superlatives.

McNally called American Songwriter during a trip to snowy New England to discuss the new album, and why she decided to tackle such a bold project.

“Waylon Jennings was the cornerstone of my record collection forever,” McNally said. “What appeals to me is what appeals to most people about Waylon—it’s just that very cool sense of self. It just seems like Waylon was an artist that is so important to American music, and I just thought, I can do that. And so, why not?”

Jennings’ band had a distinctive sound, and McNally said that she needed to do that sound justice. “I wanted to get it right, and I wanted it to be respectful in my approach,” she said. “I wanted deeply authentic players, and I definitely relied on Kenny Vaughan’s advice for putting the band together. Getting the guitars right on this was really important to me, the bass parts—there’s just a way it has to sound to feel like Waylon. Fred Newell, who played pedal steel, played with Waylon for many years. I wanted that level of authenticity. There aren’t a lot of steel players left that play like that. And I didn’t want to re-interpret the grooves at all. Those grooves, to me, are unique. I didn’t want to re-invent that wheel.”

Much like Jennings himself, who was noted for liking to do things his own way, McNally is passionate about what she does, and not afraid to share how she feels about today’s music industry. “I’m tired of the market dictating to artists what it is that they are and what they have to be,” she said. “Joe Poletto at Blue Rose Music gave me the opportunity to do this. Basically he was kind of fulfilling a wish. He’s really kind of a visionary. I had the opportunity to make the record I wanted to make, and I did it in the moment, and I didn’t have to worry about the return. But what has gotten so boring to me about the modern landscape is that everybody is worried about all this other crap before they’re worried about their soul.

“Sometimes you’ve just got to do what you want to do,” she continued. “There will be a return, but you don’t know what the return will be. The entire music business is a mess, for writers, for artists, for everybody. Everybody gets screwed. If this isn’t a spiritual pursuit for you, go get a job. I need to do what channels through me, and Waylon’s attitude and perception of life, to me, is something that we need, I feel that strongly. I want to have fun and I want to feel good, I want to bring some joy, and I want people to feel that same sense of freedom that I feel, that I felt growing up listening to writers and artists like Waylon Jennings, Willie Nelson, Kris Kristofferson, Billy Joe Shaver. They armed me with a sense of humor, with a sense of right and wrong, of musical decision-making power. Sometimes you’ve just got to go for it, have some balls and do what you want to do and let the chips fall where they fall.”

McNally will be appearing Saturday, February 13 at the Ryman Auditorium in Nashville as part of the Allman Betts Band’s Allman Family Revival. 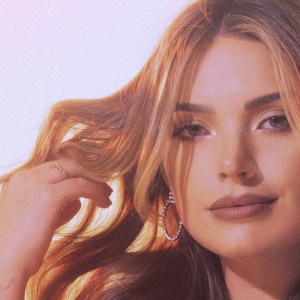 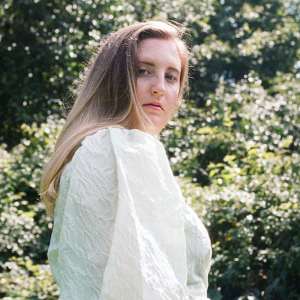