Olivia Rodrigo performed at the famed Glastonbury festival earlier this weekend, and during her performance, she brought up musician Lily Allen for a pointed song.

The performance came on the heels of the recent U.S. Supreme Court decision to overturn Roe v. Wade, which protects a woman’s right to abortion, nationally. The ruling has stood for nearly 50 years.

After Allen met Rodrigo on stage, Rodrigo spoke to the crowd on hand, saying, “Roe v. Wade, which is a law that ensures a woman’s right to a safe abortion, a basic human right” had recently been overturned.

She added, “I’m devastated, I’m terrified and so many women and so many girls are going to die because of this. I wanted to dedicate this song to the five members of the supreme court, who showed us that at the end of the day they truly don’t give a shit about freedom.

“This song goes out to the justices, Samuel Alito, Clarence Thomas, Neil Gorsuch, Amy Coney Barrett, and Brett Kavanaugh. We hate you.”

But Rodrigo wasn’t the only one to speak out.

Joe Talbot of IDLES also spoke against the overturning of Roe v. Wade. Right before his band played “Mother,” Talbot shared his own dedication, saying, “Of course, this is for every mother and every woman and her right to choose whether she is a mother or not. Long live the open-minded, long live my mother, and long live every single one of you.”

Phoebe Bridgers and Billie Eilish also protested the decision from the stage (American Songwriter covered that in a previous news story). Bridgers offered a chant, “Fuck the Supreme Court!”

Even more big-name musicians have spoken out about the decision, too, outside of Glastonbury, including Pearl Jam, Taylor Swift, Jack White, and many more. 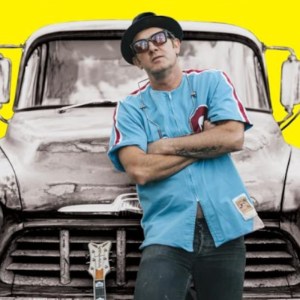