Omar José Cardona has continued to bring his big power pop vocals to The Voice each week, most recently earning his spot in the Top 10 with his take on Martin Garrix and Bebe Rexha’s “In the Name of Love.”

For fan-picked song week on Nov. 28, Cardona was tasked with the 1984 Foreigner power ballad “I Want to Know What Love Is” and closed the show with one of the biggest performances.

Guided by his coach John Legend, who told Cardona to think “big,” with his arms outstretched like a scene out of Titanic, the 34-year-old singer didn’t have to be told to make the performance a grand one. Sitting at the piano, Cardona belted out the first verses of the song before rising to his feet and finishing off the song in grandeur, arms outstretched and backed by a gospel choir.

“That was euphoric,” said coach Camila Cabello after Cardona’s electric performance. “Only you, I feel, can pull off that song we’ve heard that song so many times; it can so easily come off as karaoke. But for you, it’s magical.”

Coach Gwen Stefani added, “You’re so incredible emotionally. This was more emotional than last week. It was so passionate.”

Before auditioning on The Voice, and auditioning with another power ballad—Journey’s “Separate Ways”—Cardona worked with actor and singer Jordan Fisher as well as performed around the world with his band Epic Party Band.

Prior to this performance, the Orlando, Florida native said he was surprised by the outpouring of support from fans—sharing a drawing someone made of him riding a dragon after Cabello called the singer a dragon on a previous show. “I’ve definitely dreamed of having this type of community that supports my art,” said Cardona in his pre-performance interview. “It’s almost as if it’s not real.”

“I feel like you’re going from being an incredible singer to being somebody that connects with people’s hearts and with their emotion,” said Legend. “I felt it, even more, this week. It feels spiritual when you’re singing. You talked about last week how much you wanted to uplift people and inspire people, and I feel that coming from you. It’s so powerful, so moving, so thrilling.” 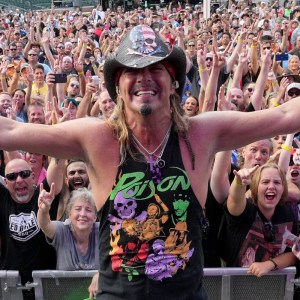 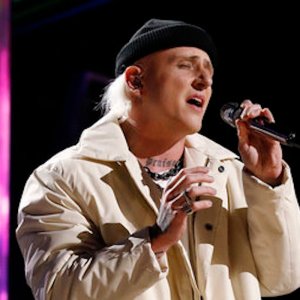