Liz Rose Music songwriter Alyssa Micaela is ushering in summer with her groovy new single “Tie Dye.” The second song from her forthcoming EP, “Tie Dye” is a hippie-country jam that speaks to self-love, expression, and personal confidence. Dropped during the pandemic, Pride month, and in the middle of the ongoing fight against racism, the lyrics are as timely as ever. Written on a Liz Rose Music writer’s retreat last summer, Micaela expands on the story behind the song.

“’Tie Dye’ was a labor of love. Some songs just spill out quickly, but this one took some time. When I wrote it with Joe Fox and Tori Tullier last summer we were all on a Liz Rose Music writing retreat at the beach in Alabama. I was wearing a tie dye shirt in the session and had the idea for that title, which we all loved, but struggled on which direction to take to get it right,” Micaela adds.

“As the day went on all the other writers were finishing up their songs and heading to the beach, and believe me, we almost threw in the towel! But we ended up digging in and fighting for it, and I’m so glad we did because I love the meaning behind it, the groove, everything just came together. Sometimes when you’re writing a song with a bigger message it can take a little longer to make sure you’re expressing it the best way. When we emerged hours later we had a demo and everyone was jamming to it in the house over the speakers. We just had our margaritas a little later that day, and it was so worth it.”

The video is a rainbow of colors featuring an airstream party, Willie Nelson guitar, a bunch of Micaela’s friends, and a spectacular pair of tie-dye pants. Directed by Quinton Cook, it is a wonderful representation of the message of the song, inviting listeners to “grab a pack of Hanes at CVS” and join in on the fun.

Represented by CAA, the Odessa, TX native has been honing her hippie-country sound and dynamic live performance by opening up for powerhouse acts such as Willie Nelson, Eli Young Band, and Aaron Watson. When she is off the road she’s been developing her songwriting craft along with Rose and other top collaborators in the Nashville writing scene. A longtime champion, Rose is excited for this next chapter in Micaela’s career.

“Alyssa has been with us at Liz Rose Music for 5 years now and I could not be prouder of the songwriter and artist she has become. It has always been so much fun to work with her and ‘Tie Dye’ is a perfect example of the free, fun spirit she is,” Rose states. “The message of ‘Tie Dye’ was such an important one to her and I believe she portrayed it perfectly through the lyrics, melodies, and music video. If you haven’t caught on to Alyssa Micaela yet, you should start catching up now.” 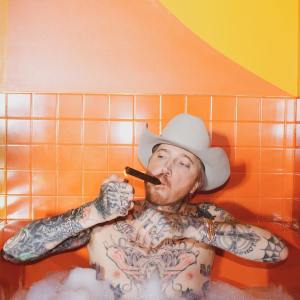