Matan KG wrote his EP Money For Flowers at a pretty destitute time in his life. At one point, he promised his girlfriend’s parents flowers, then realized he didn’t have enough money to buy flowers. (He did get flowers, after all.) On “Ready for Love,” off his upcoming EP, Money for Flowers, out June 25, Paper Idol is magnificent in his pop-funk-fueled homage to love, all its idiosyncrasies, and a visual nod to the beauty of Los Angeles.

Raised in Wisconsin, the former Wesleyan neuroscience student-turned-pop musician, Paper Idol’s first single, the dub-threaded “I’m Fantastic” introduces KG’s sonic and sensory states, as the EP’s title track moves through a more post-punk propulsion in its admission of I count my dollars for hours / Still I don’t have money for flowers.

On “Ready For Love” KG initially wanted something that would play well in the lobby of a ritzy hotel, but what was crafted is layered in iridescent, pop melodies and dancehall thumps that are too cool for school. I mean, what muzak-laden hotel would want to play that?

Lyrically, Paper Idol weaves into deep love, all its boundaries, and other tribulations of amore on “Ready for Love.” In the video, directed by Mike Williams, KG got groomed (literally) and is dancing to the beats with the California sunset behind him.

American Songwriter caught up with Paper Idol to talk about having Money For Flowers, being enraptured by Los Angeles, and writing in solitary confinement.

American Songwriter: In its breathtaking cinematic coloring, this video is a stunning homage to the beauty of Los Angeles. What was the process behind the creation of this music video? What does LA. mean to you as an artist? How has creating music in this city influenced your sound?

Paper Idol: I had worked on some short-form videos with Mike [Williams, director] for the release of “I’m Fantastic.” We came up with some kitschy idea and Mike’s really great at executing the vision. For this video, I posted on social media about needing a haircut, and Mike messaged me saying “let’s film it,” so we did! I recruited my roommate Hannah to cut my hair and act in the video, and she did an awesome job at both, despite me constantly moving my head for the shot. Sunset at Elysian Park in East LA turned out to be the perfect location, I love how it’s quintessential LA and makes the video feel warm and comforting. Living in LA and making music was a dream of mine for a long time. Every time I visited California I felt this strange creative vibration, nothing I ever experienced growing up in the Midwest. I also spent some of my childhood in Israel, so sometimes I think I’m drawn to LA because it feels similar in a lot of ways. My writing and production process has changed a lot since moving to Los Angeles, mostly for the better, but not always. When you first move here, the city tries to clean you up, soften out your edges, make your music louder, shinier, more palatable. I did go through a fairly extended dip in my creative process, because I felt like my music wasn’t living up. Lately, I’ve been trying to forget about all that and rediscover what makes me tick. A song has to resonate with you if you want it to resonate with other people.

AS: When you put ”Ready For Love” together you created something completely modern with some invigorating results. Who are some of your influences, and how would you describe your sound?

PI: “Ready for Love” pays homage to some of my favorite disco and house artists. My typical fix is the hard, nu-disco stuff: SebastiAn, Justice, Kavinsky. But this track pulls more from artists like Roosevelt, Yuksek, and Breakbot who have perfected disco-pop. Not to mention classics like the The Bee Gees and Bootsy Collins. At first, the track was a bit too clean and lounge-y. I brought it to my bandmate Adam [Rochelle], who helped me produce it and give it the lift in energy you hear in the chorus. We knocked it out in one long night. At one point, I actually fell asleep on the floor of my studio while he added all sorts of crazy samples and synth cuts. Overall, I would describe my sound as French House meets Indie Pop.

AS: Money For Flowers comes out next week. Each single is filled with just as much energy as the last. Describe your songwriting process around this EP.

PI: Every song had a different process. For example, “Ready for Love” was the first demo in a challenge to write 10 songs in 10 days. We pulled our favorite songs from a collection of dozens, and each one has a unique story. But in general, I start a loop of something in Ableton and after about a half an hour decide if I want to send it to my “random folder” or keep working on it. I have a lot of loops in my random folder.

AS: How has releasing a body of work under quarantine, and the current protests affected you?

PI: Music producers and songwriters joke that quarantine is just welcoming the rest of society to our world. It’s true. My process hasn’t changed very much. I spend less time working with other people but my songwriting process is typically solitary anyway. I spent a month of quarantine in a cabin in the middle-of-nowhere California. It was an incredible experience. I was able to get a lot finished without any distractions. That being said, Adam and I have continued working together and live streaming our songwriting process in “19 Seconds of Collaborative Video with Paper Idol,” where we made a 19-second track in 19 minutes over Instagram Live.

The current Black Lives Matter movement has had an arguably bigger impact on me than the quarantine, and for all its heartbreak it’s been incredible seeing so many artists take a step back from the obligatory narcissism of running a music career and focusing on more important issues. 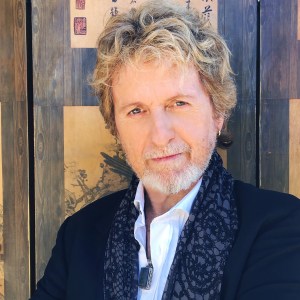 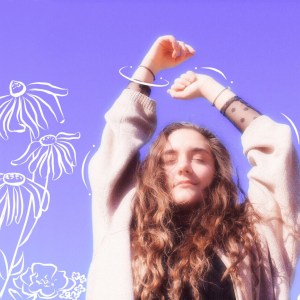