The beloved singer-songwriter adjusts to lockdown with home-made variety show he calls “my own little Instant Karma.”

Parthenon Huxley has been writing great songs and making compelling albums for years now, as his devoted fans know. He’s a guy who has never played by the rules, always following the mandate of great songs and songwriting. Not only one of our great vocalists, he is an exceptionally gifted harmony singer, as all his music confirms. He’s also a wonderfully compelling entertainer, even when making home-made variety shows.

He’s always been a super smart and savvy songwriter. As Michael Hughes of WRDU said, Parthenon makes “rock and roll for people who read.” His “Buddha Buddha” remains one of the most delightful spiritual songs ever written.

Now on lockdown with the rest of us, he’s responding as always in creative and non-conventional ways. He’s become the “Pandemic House-guy” and is producing a series of self-directed and edited home-spun variety shows which are a whole lot of fun to watch, and which also benefit a great cause, the Wild Honey George Bailey Relief Fund. [For more info or to donate, please go here.]

But these shows are distinct from so many we have been seeing, which are sometimes primal in their audio and visual content. P-Hux, as he’s known to many, has created a show from home as funny and compelling as his live shows always have been. The Houseguy shows have great music and whimsy mixed, unexpected sound effects, audience noise, other instruments that come out of nowhere, and a great mixture of his classic originals (the man is one of the first kings of power pop) and cool covers, and what he calls “mistaken medleys.” These are medleys of songs which, while being played, accidentally morph into other songs.

Asked what inspired this show, Parth wrote, “All my gigs are canceled, so now what? I wanted to do more than just make videos of me performing my songs. My live shows always include a bit of fun, so I had to figure out a way to be funny without an audience responding to my jokes. That’s why I went with the Mistaken Medley bit, and also using text in the middle of a song to reveal my thoughts. It’s a challenge to rely on your instincts entirely, but if something really makes me laugh, I’ll trust that it’s funny.”

“The funny bits also give the serious songs a touch more gravitas,” he wrote. “‘What’s It Gonna Take’ is inspired by the Black Lives Matter movement and our country’s apparent racial awakening. I decided to include that song because I mean every word and it feels appropriate. It was also exciting to put it out there within a day of writing it. My own little `Instant Karma.'”

“The show is completely personal tech. I do everything in iMovie on my phone. I set up the shot, perform the shot, check to see if the shot was any good, clean it up and then edit it into the narrative.”

“One silver lining of the pandemic has been an uptick in my patience. I’m not distracted by my usual busy life. I hope I’m smart enough to keep that going once the leash is off.”

His dozen albums are packed with hooky, meaningful songs featuring his “gold dust voice” [Mojo] and a curio cabinet’s worth of cool guitar sounds. Hux’s first single, “Buddha, Buddha,” caused Rolling Stone to gush, “You could land a marlin with these hooks!”

He was in the band Veg with Rusty Andersen, who has since been playing in Paul McCartney’s band. “[Parthenon’s] tunes are in the archetypal melodic guitar rock texture,” said Rusty, “but with his trademark clever songwriting/arranging style, clear signature voice with intelligent and heartfelt lyrics.”

Legendary producer Don Dixon also has been singing Parth’s praises: “Parthenon has a way of drawing inspiration from the best songs of the 60s and 70s,” he said, “while creating recordings that are clearly his own. And he gets better and better. I can’t quit smiling.”

“I Loved Everything” from the album Purgatory Falls climbed to #1 on Rolling Stone’s Exclusive Download Chart. Huxley’s consistency has earned him a following of completeists–dedicated fans who own all his work.

A year after losing his wife, the great screenwriter Janet Heaney (Powwow Highway) to cancer, he was recruited in 1998 to join ELO Part II. He teamed with ELO members Bev Bevan, Kelly Groucutt, Mik Kaminski and Lou Clark (as well as American singer/keyboardist Eric Troyer) and began touring the world.

The experience broadened his horizons as a professional musician and sent him to dozens of interesting countries including Chile, Russia, Dubai, Guatemala, El Salvador, Argentina, Ukraine, Estonia, Latvia, Lithuania, Belarus, Poland, Ecuador, Mexico and of course all over the UK and USA.

He made his mark as a producer and collaborator in 1993 with Mark Everett of eels, when Everett was a solo artist known as E. The first collaboration (“Hello Cruel World”) became a Top Ten Alternative hit.

Parth scored again when he produced and wrote with Kyle Vincent. Their song “Wake Me Up (When The World’s Worth Waking Up For)” hit number one in several markets and set a record for “bubbling under” the Billboard Hot 100 longer than any song in history (not that that was the plan…). Hux has also collaborated with Foreigner hit maker Mick Jones, McCartney guitarist Rusty Anderson, Mick Jagger guitarist Stevie Salas, Canadian chanteuse Sass Jordan, Canadian Idol winner Kalan Porter, Go-Go’s drummer Gina Schock, Chicago Transit Authority’s Robert Lamm and many more. 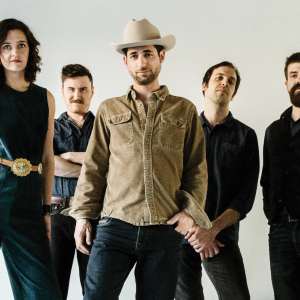 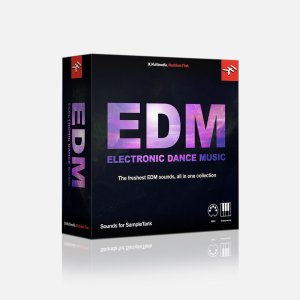