The song, which appears on the 1978 album from Smith, Easter, was co-written by Smith and guitarist Lenny Kaye. In the track, Smith uses the racial slur to talk about white artists, like herself, who are “outside of society.”

Now, though, the song is no longer on prominent streaming platforms because, well, of its tone-deaf delivery.

In the song, Smith uses the slur to describe musical heroes of different races, from Jimi Hendrix to Jackson Pollack to Jesus Christ. In the song’s liner notes, she wrote, “N****r no invented for color it was MADE FOR THE PLAGUE. The word (art) must be redefined—all mutants and the new babies born sans eyebrow and tonsil…any man who extends beyond the classic form is a n****r.”

The song was controversial the moment it was released. And in 1978, the year it came into the world, Smith tried to justify her use of the word in an interview with Rolling Stone, saying, “Suffering don’t make you a n****r. I mean, I grew up poor, too. … Ya think Black people are better than white people or sumpthin’? I was raised with black people. It’s like, I can walk down the street and say to a kid, ‘Hey n****r.’ I don’t have any kind of super-respect or fear of that kind of stuff.”

She’s seemingly been defending the song since its release.

It was a regular on her live show song lists for years, though she hasn’t performed it since 2019. Other artists like Marilyn Manson and Courtney Love have covered it. In 1994, Trent Reznor remixed the song and included it on the soundtrack for Natural Born Killers.

According to Rolling Stone, “The reason for the song’s disappearance is unclear.” 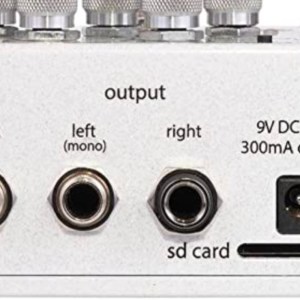