Paul Bergmann is looking at himself from different angles, and from the inside out. On “The Other Side,” the title track off his upcoming 12th album of the same name, out April 2, Bergmann crosses through chaos, calm, tenderness, and anger. Written earlier in the process of piecing together The Other Side, the song eventually set the tone for the remainder of the album, and worked as some musical therapy.

The execution of the song was rough around all its edges with lyrics written the hour before, Bergmann used the first vocal take with layers of tape-saturated instrumentals.

“At the time, I was so tired of sounding like myself and trying to be the most “me” version of myself, it was really stifling,” says Bergmann. “That’s when, out of desperation, I decided to make an album where I allowed (or basically forced) myself to go outside of myself.”

“The Other Side” was recorded with this mindset, says Bergmann, and was ultimately illuminating for artist. “I felt as if I was slithering around every word, and my whole body and face were contorting,” he says. “I knew that if I didn’t actively seek new territory with every word I sang, it would all be dead. And if it didn’t happen in a few takes, forget it. I believed in this superstition, and this song survived the process—many others didn’t.”

Calling it the outlier of the album, “The Other Side” taps into the the other personas on the album and while many didn’t make the cut through his songwriting process, this “uglier” character was one that kept sticking to Bergmann.

“A lot of the songs wound up feeling like characters, and I started to feel like this character was an unpopular one, sort of sniveling and grating and hard to be around,” says Bergmann. “Some ‘characters’ really shone and got more of the spotlight than others, but I do feel like ‘The Other Side’ is telling hard truths in a way that some of the other songs don’t; its ugliness is a necessary element in the world in which this album exists.”

Written between May and October of 2020 in an old attic in Upstate, New York, Bergmann initially approached The Other Side blindly in the studio, first writing arrangements and letting the lyrics come later, everything—vocals, guitar, keys or synth—was tracked to tape. For “The Other Side,” Bergmann opted for more string-fused instrumentation, which he pulled out of a Yamaha keyboard.

“This choice would ultimately start to bend the direction of a song, and it was always an unplanned, intuitive decision,” says Bergmann. “I originally had a sparse, slow-driving western feel in mind for this song, but what transpired is completely different, so the intention wasn’t clear, but that was the intention, to be fluid and follow the muse.”

Sometimes a song comes in a dream, which Bergmann then hums into his phone before it disappears, or he’ll pull over on the highway to write down some “fleeting phrase.”

“Those things are rare, and not easy to rely on, so more often than not, it’s just sitting down with a cup of coffee in the morning, letting the sun wash over me as the buzz is setting in,” says Bergmann. “This usually gets the juices flowing. I usually can’t just sit down and write a tune I won’t throw away later.”

Not so much a storyteller, through a dozen releases Bergmann considers himself more of “mood setter.”

“I tend to use little vignettes or scenes to create a mood, but they rarely follow a linear or nonlinear) narrative course,” shares Bergmann. “In terms of the words I like to write, they’ve lately been in awe of the natural world, the after-life, aliens, near-death experiences, the heaviness and crushing beauty of all things great and small—basically anything stemming from the more naïve corners of spirituality. Icelandic fairies—and the underbelly of that, which is on display in this song, is a visceral disdain toward the capitalists of this world who are destroying the earth and making life miserable for so many people and beings.”

Long removed from his debut, 1, released in 2013, an album Bergmann says was fused in late nights of drinking and smoking and his most recent Stars and Streams in 2016, which felt more structured, The Other Side is messier. It’s raw.

“The approach now has been to be looser and more brash, the aim being less ego, more sensuality, and a sincere exploration of the divine,” says Bergmann. “I’m really just trying to be more candid and less precious, which can be hard to do.”

The consummate mood setter, there’s an element of pleasure and satisfaction on “The Other Side” Bergmann hopes gets translated.

“The lyrics are often obscured on this album, and my hope is that the music and texture is what is felt above all,” says Bergmann. “I get catharsis from this song, and I would love for people to feel that too. It’s a short, dense piece, but I think it rewards a second listen.” 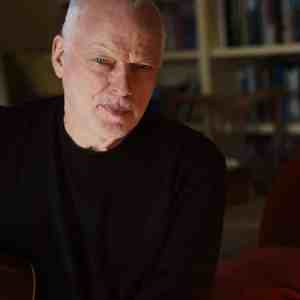 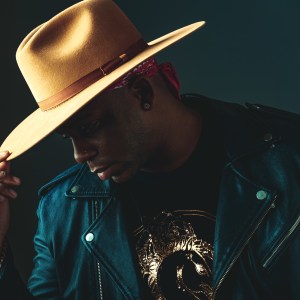