Pearl Jam lead guitarist Mike McCready has known Seattle-based musician Danny Newcomb since they were both five years old. McCready has played music with Newcomb since they were 11. In fact, he says, Newcomb is one of the main reasons he picked up a guitar, to begin with. Newcomb was the first on the block to get a six-string when the two were kids and as a result, McCready says, he wanted one, too.

One wonders if the history of rock music would be entirely different had Newcomb not been there from the beginning. And it’s memories like these that make McCready smile today because the band he and Newcomb started in 1999, The Rockfords, is finally getting its due shine and release date. Some 22 years after McCready, Newcomb and the band recorded their self-titled debut, it’s now set for release with a debut single, “Silver Lining,” out today (January 14).

“’Silver Lining’ is just one of those really well-constructed cool ballads,” McCready tells American Songwriter. “I really love how Danny wrote that song and I love [lead singer] Carrie Akre’s voice, the emotional quality of it. There’s desperation and sadness, but also beauty to it. I really love that song.”

The Rockfords is comprised of a handful of notable Seattle musicians—McCready, Newcomb, Akre and brothers Chris and Rick Friel. McCready grew up with Newcomb and the Friel brothers, playing thousands of hours together, “way louder than we should have,” the Pearl Jam lead player says.

“I wouldn’t be where I am without those guys,” McCready says, “without those countless hours of recording and playing around the Northwest, putting on our shows and all that. There’s some sort of continuity and symmetry now.”

When McCready hangs with the fellas, they fall into old jokes, talking about KISS and other ‘70s rock music. They have a tight bond. Of course, McCready had to take some time away from his Seattle connections as Pearl Jam was fast becoming one of the biggest groups on earth, but when he was able to touch back down in town, he was geeked to play again with his best friends. When The Rockfords got started in the late ‘90s, it was a no-brainer to bring in Akre, who was an important vocalist around the turn of the millennium in bands like Goodness, a group in which Newcomb also played.

“Her voice,” McCready says. “It’s such a powerful, passionate voice. And her and Danny have worked together for so long. There’s a good combination there.”

The first band McCready ever played in was a group called Warrior. That group was comprised of Newcomb and the Friel brothers, too. Later, he played with the guys in a band called Shadow. In other words, there’s history. And that comes through in the music. That’s why The Rockfords’ debut is so important. And while it was put on YouTube via a pirated manner years ago, it’s now getting a proper release on all digital platforms. From an organic beginning now comes its eventual public showcase.

“It happened very naturally,” McCready says, remembering the early days. “Over a conversation.”

The 12-track, 50-minute The Rockfords is all rock. It showcases nimble, imaginative licks and solos from McCready. It showcases Akre’s heat as a vocalist, impeccable guitar riffs and songs from Newcomb and steadfast rhythms from the Friel brothers (Chris on drums, Rick on bass). Standout tracks include the mind-melding “Adelaide,” acoustic “Distress” and heartfelt “Silver Lining.” McCready says he hopes the album can come out on vinyl soon (though there remain backups thanks to artists like Adele). Perhaps a Seattle release show or a little tour, too. But, of course, with the pandemic, that’s all up in the air, as well. But whatever happens, the band is happy to have things rolling again.

“We’re always group texting each other,” McCready says. “I’m really happy that we’re actually talking about it. I think it was a cool record and it didn’t get a lot of attention. It was a fun record to make and I love the songs.”

Originally, the band’s debut LP came out on CD via Epic Records. There was some push, but not a ton, but now, McCready says, it’s time. And while he’s certainly a big name on it, he’s not the only Hall of Famer. Nancy Wilson, the great guitarist of Heart, makes an appearance playing on and writing parts for the track “Riverwide,” and adding some background vocals on the LP. When the band was recording the LP, McCready says, Wilson happened to be in Seattle and he invited her to play.

“Nancy being the wonderful, killer woman that she is, she said she would,” McCready says. “I love her. She’s one of the best rhythm guitar players and she doesn’t get the credit she should.”

While the record is 22 years old, the process of getting it back out into the world is brand new—two days old. As such, what might come next is still being figured out. Either way, for McCready whatever happens now is gravy. Because what he’s always loved most about The Rockfords and the albums they’ve put out, (indeed, there is the self-titled debut and also a live album and EP released to Pearl Jam “Ten Club” members—the status of those potential rereleases is still being figured out, too) is the camaraderie and the friendships that make up the rocking five-piece band. 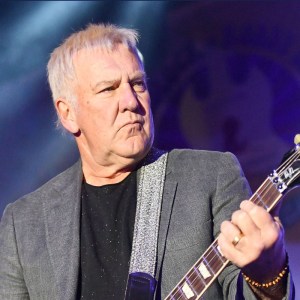 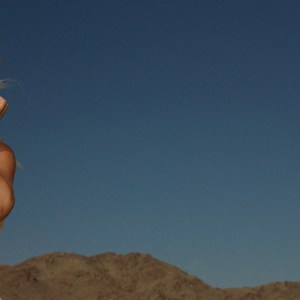