“Sometimes you get a groove so good you could write and rewrite lyrics to it a dozen times, making a dozen different versions of a song with the same tune,” Pokey LaFarge tells American Songwriter via email.

LaFarge—an Illinois-born songwriter with a retro-Americana ethos—is right that some of the best tunes merit several incarnations. From the endless presence of Civil War-era melodies in popular imagination to Bob Dylan borrowing melodies from folk songs to the wide-spread, familiar motifs of modern pop, the phenomenon of a tune being that good is nothing new, yet still, a remarkable feat to pen. Credit to LaFarge… he’s also right that his new single “Fine To Me” is one of those types of tunes.

Groovy with a 20th century-reborn vibe, the song is tremendously catchy and well-crafted, decorated with a series of awesome moments. On the choruses, a bluesy guitar slide perfectly sets up LaFarge’s vocal line, delivering the titular line with a sleek bravado. On the verses, his vibrato carries a palpable emotion. But, at the end of the day, it’s really the song’s tune—its flow, its built-in tension, and release—that makes it so strong. But when LaFarge put this arrangement together, he knew that this was the way it was meant to be.

“As satisfying as this groove is to lay down, I wouldn’t rewrite it ever—even though this final version of ‘Fine To Me’ is itself a rewrite from the original,” he explains. “I was compelled to scratch the original lowdown lyrics and vocals to rewrite it as a Jesus/love song—professing my love, gratitude, and adoration to God. You can consider this song funky praise or a praise song with a lowdown groove. To me, it’s kinda ‘60s-Bobby-Darin-meets-Junior-Wells.”

An apt description of his music, the music video also reinforces the nostalgic pull of LaFarge’s 20th-century feel. It pairs a mid-century aesthetic with a uniquely 21st-century twist, making for a neat synthesis of styles, ideas, and sounds. Ultimately, it exudes an infectious uplifting quality. “The intention behind the video was to exude joy,” LaFarge said. “Pure and simple. This is the third video I’ve done with Brandon Bernath directing, and the second with Addie Hamilton doing production.”

“Fine To Me” comes ahead of LaFarge’s new record, In The Blossom Of Their Shade, out September 10 via New West Records. Just as the single is an expression of the joy he’s been able to find in the recent period of introspection the pandemic provided, the record as a whole is a musical journey through that process.

“In The Blossom Of Their Shade is the first record I’ve made, perhaps ever, where I’m searching for the light as opposed to darkness,” he said. “Musically a combination of Bo Diddley and Roy Orbison in the Caribbean. Sonically, like early JJ Cale and Van Morrison recorded live, direct to 1/4 tape. Half the songs were written with my best friend Nick Africano via FaceTime while both were in our respective pandemic shelters. Me in Austin, Texas, and he in New York City. After the album was complete, I headed up to Chicago to record it with Alex Hall for Reliable Recorders at Hi-Style Studios. My first full album production with the post-production by Chris Seefried.”

In a fresh era of life, LaFarge has a newfound energy and drive that comes across in the music. If “Fine To Me” is any indication of what to expect from In The Blossom Of Their Shade, it’s sure to be a fine entry in an already strong musical canon.

Pokey LaFarge’s new record In The Blossom Of Their Shade is out September 10—watch the music video for the single “Fine To Me” below:

In The Blossom of Their Shade Track Listing:

7. Long for the Heaven I Seek 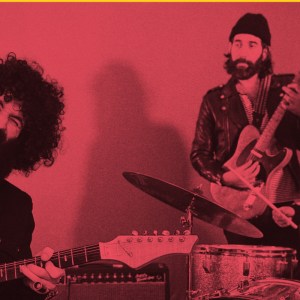 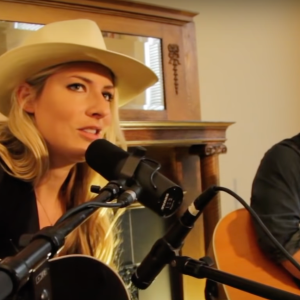