Since Luis Fonsi’s “Despacito” raked in over 1 billion streams in less than three months in 2017, reggaeton and other forms of Latin pop have quickly been rising in popularity in the United States. Now, between things like Bad Bunny being crowned Spotify’s most-streamed artist of 2020 and J Balvin getting his own McDonalds meal, it’s becoming clear that the color, creativity and beauty of reggaeton and other Latin styles is here to stay. One testament to this is the new record from Mau Y Ricky, rifresh, which dropped on November 20 via Sony.

While Mau Y Ricky may not be a household name in the United States (yet), they are literally one of the most successful and popular groups on the planet. With well-over 1 billion streams under their belt, the two Venezuelan brothers (Mau and Ricky Rodriguez) are currently ranked by Spotify as the 389th most-streamed artist in the world — that places them above everybody from Bob Dylan to Charli XCX to Luke Combs to The 1975 and more. Yet, with the release of rifresh, the Miami-based duo is exemplifying their unwavering commitment to their passions.

“Our goal is to continue developing our sound and identity,” Ricky told American Songwriter. “It’s a different sound from our first record, which did really well. There was some pressure to make something that would match the first record, to do the same thing again and play it safe, but we didn’t really want to do that. We hated the idea of our fans listening to the record and thinking ‘Oh yeah, this is exactly what I was expecting them to do.’ We wanted to do something different, to surprise our listeners and keep them guessing. We want to inspire people to embrace their identities and their uniqueness. This is a record that stands out in the industry it’s in, so hopefully that inspires people to embrace their differences as well.”

Fresh and organic, rifresh effortlessly flows from track to track, taking the listener on a journey through the musical landscape of the Rodriguez brothers. Driving tracks like “Fresh” demonstrate the duo’s fantastic ability to stretch tension and deliver release in such a way that it becomes nearly impossible not to bop your head along. Other tracks, like “PAPÁS,” show off the eclectic production, rich melodies and laid-back vibe that Mau Y Ricky have become world-class experts at curating.

“Our biggest strength is our relationship and our chemistry as songwriters,” Ricky said. “We try to not just write for ourselves, but to write for other artists and the millions of people who enjoy our music. That all comes out of the collaboration that my brother and I have. We cancel-out each other’s ideas that might be bad, we say it straight to each other’s face. We help build better ideas together and feed off of each other’s energy. If there’s a group of people writing together and all of them like it, there’s a bigger chance that a large group of listeners will like it too.”

Between this release, the duo’s sustained success and cool collaborations like this official John Legend remix, Mau Y Ricky have had an amazing 2020. While they may be just getting started, they carry their passion and humbleness with them in all of their endeavors. “Every step of the way has been fun, whether that was when we got our first placement as writers or when we got our first hit as singers,” Ricky explained. “Stuff like that has really been important for us. I still remember our first sold-out show, the first time we had, like, ten people singing our songs back to us. It’s been very rewarding, especially for this album where we did what we wanted to do without compromise. Ultimately, we want to reach as many people as we can.”

Watch the music video for “OUCH” by Mau Y Ricky below: 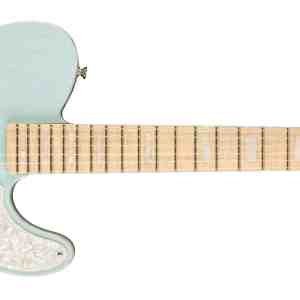 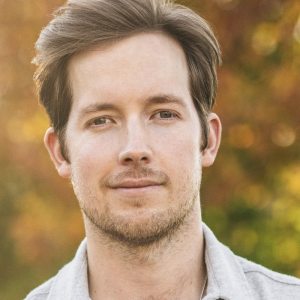