It’s not every day that you stumble across a debut single so dazzling, bombastic and infectious that you immediately feel as if you’ve known the artist for years… but today is one of those days. On February 3, Australian singer, songwriter and rapper, PRICIE, dropped her debut single “too dang good” via Sweat It Out.

Between an irresistibly funky bass line, layers of glossy vocals and PRICIE’s overall aura of strength, beauty and confidence, “too dang good” emits genuine swagger while also being a moving expression of feminist empowerment.

“‘too dang good’ is about the realization of self,” PRICIE told American Songwriter. “I was put in a compromising position where I sorta began to lose myself. Then, I just snapped out of it and realized that I am ‘too dang good to be fucking with…’ So, the message is for women to know their worth and understand that, although some things may transpire within their relationship, they’re just way too dang good for it. For me, it’s more important to deal with myself than another person, simply because I’m my own keeper. Regardless of the situation, the thing I have control over is my reaction, so with this song, I chose to speak my truth and gain closure within myself for myself. ‘too dang good’ is for the person who decides to stop trying to justify the motives and unfair dealings of others and take their own self-love and confidence into action. This is expectedly important in relationships—dating isn’t easy for many of us and sometimes we hit the jackpot and sometimes we don’t.”

Born in Nigeria, PRICIE’s splash onto the international stage has been a long time coming. Inspired by everything from her religious upbringing to fellow Nigerian musician, Fela Kuti, to R&B icons like Lauryn Hill and Queen Latifah, PRICIE’s long-standing love for music has been an indispensable source of strength. After she moved to Australia as a teenager, she found her voice as a poet and began using the medium as a way to sharpen her English skills. Eventually, reciting poems morphed into rapping… after that, it didn’t take too long before PRICIE was forging her path as a musician.

Even “too dang good” itself is emblematic of PRICIE’s free-flowing creativity. “This song was a last-minute studio magic moment,” she explained. “We honestly didn’t expect to make anything, but myself and Lucian literally just vibed each other and decided to jam. As he made a beat, I began to freestyle on it and ‘too dang good’ was born.”

Coming along with the single is an equally-dazzling music video directed by Claudia Sangiorgi Dalimore. Featuring gorgeous shots of Melbourne, mesmerizing dance routines, stunning outfits and PRICIE’s bold and brilliant presence, the video is the perfect pairing for the tune. “My focus for this clip is centered around introducing PRICIE to the world,” Dalimore said. “Showing off her fun, sassy and playful side while also celebrating her love of monotone fashion, styling and simplicity. The song made me want to get up and move as soon as I heard it. I brought in local Melbourne dancers Karla Mathieson and Angela Baklis to embody the innate groove you feel as soon as the beat drops. The vacant landscapes, the symmetrical compositions, the poised shapes of the bodies; they are all intentional to frame and keep the viewers gaze centered on PRICIE.”

With all of those fine-tuned calculations in place, “too dang good” and its corresponding video are truly examples of artistic excellence. The gaze really is centered on PRICIE, and what a beautiful, empowering and exciting gaze it is.

Watch Claudia Sangiorgi Dalimore’s video for “too dang good” by PRICIE below: 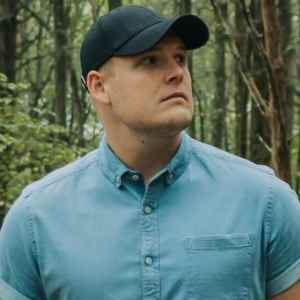 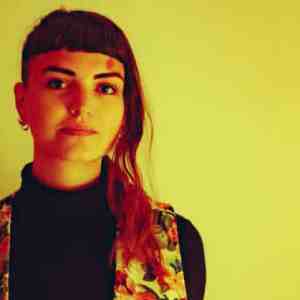