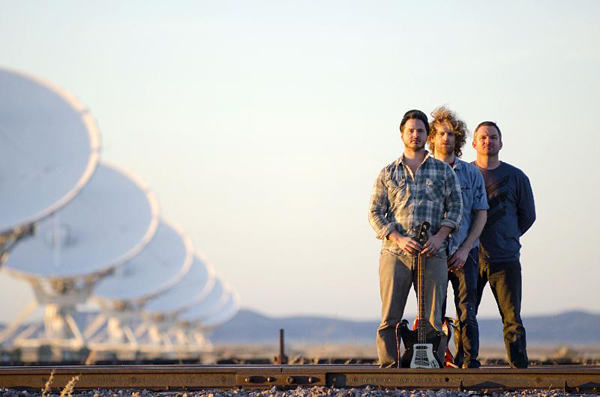 Since Dispatch reunited in 2011, the members have been adamant about not only preserving their legacy, but also adding to it. With that in mind, they went to work on Circles Around The Sun, Dispatch’s first full-length album in over a decade. Dispatch member Chad Urmston sat down with American Songwriter to talk about the upcoming release, the future of the band, and more.

What made you decide to make another record?

We were figuring if we were going to tour again we weren’t going to just roll out the same olds songs. So we figured “Let’s get some new shit going, so we’re not just a legacy act.” And I had some stuff that didn’t really fit State Radio, and I knew Pete (Heimbold) and Brad (Corrigan) had been writing for a while, so I figured we’d have enough.

With the tour dates and the new album, is Dispatch picking up where it left off, or is this reunion temporary?

Can you tell me about the new album?

We’re psyched about it. We were working with Peter Katis, who’s done Guster and Interpol and the National. He’s a blast, and so talented, so that was great. It was fun just to be in the studio with Brad and Pete again, it had been since 1999. It was fun to just remember how it worked. Everyone’s getting along. Everyone’s jumping in and doing different things and throwing it out there. Pete, Brad and I, we just love playing sports. It’s kind of like that, when you get in the studio, that team aspect.

How do you feel like this album compares with your older work? Was there any pressure to “sound like Dispatch?”

There was no pressure. We feel like we can kind of come up with anything. Dispatch is pretty varied anyway, whether a song is more Americana or reggae, which there isn’t really any reggae or ska on this record but… The thing about Dispatch is the vocals and the harmonies, so as long as it has that it feels pretty Dispatch-y. We’re not too specific in our genre anyway.

I’m glad you mentioned that. Listening to the new album, there isn’t really any reggae. Why is that?

I don’t know. It wasn’t that conscious. We all sat around one night when New York City was getting hit hard by a blizzard. We sat around in Pete’s apartment and just traded songs all night, with a few pints of Guinness helping lubricate things. It was just a special night. It’s just the way the cycle works. It’s the same as when people ask why we’re back together all the time. The timing is good, the planets aligned, or whatever. It’s the same with the songs. Whenever someone has come up with something recently that feels like it might be a match, then you just throw it out there.

Is the stress, or whatever broke up the band, better or worse the second time around?

The only stress I felt was like when you’re with a girlfriend and you know you shouldn’t be anymore, but you’re still hooking up with her. It was like “This isn’t right, or honest.” We’ve always been a really honest band, really transparent, and what you see is what you get. I felt like we were kind of undercutting that trust that we’d built up with our audience and each other over the years. We were going through the motions, and I never wanted to be a part of a band that did that.

You guys have been praised as being one of the biggest “indie” bands of all time, because of your success despite the backing of a major label. How do you feel about the term “indie,” and what it’s come to mean?

I don’t mind that label. We’re a little more of a literal sense of indie, but indie rock is mostly what I listen to. That’s pretty broad; it’s like what alternative was. But I don’t mind if there’s some crossover or overlap. We don’t sound like a lot of indie bands out there. I think for me, and maybe I’m showing my age here, when I think of indie rock, I think of Sonic Youth. So it’s less of an “Are they really independent?” and it’s more of a sound. We might not necessarily fall into that sound, but if people do describe us as that, whether it means sound or the act of not being on a label, both are good by me.

Another thing you guys have been labeled as is a “jam band.” How do you feel about that term?

For a long time, the three of us didn’t like that name at all. We didn’t feel like our audience called us that, it was always the industry calling us that because they hadn’t heard the music or been to a show. They’d heard about ticket sales and the only reason for justifying that is “Oh, they must be a jam band.” They hadn’t heard of us so we must be under-the-radar Widespread Panic or the way that Phish is huge without being mainstream. So I think for a long time that label meant to us, people that don’t know anything about the band. Since then I think we’ve come to terms with it a little bit, because I don’t think there’s anything wrong with it. The jam world is full of the most dedicated fans out there, so in that sense, maybe we are a jam band. But if you listen to the music, I wouldn’t say that we are jam or indie. It’s kind of interesting that we get labeled as both, because I’m not sure if we fit the mold for either, but at this point I’m okay being called that.

You guys have been hitting up the summer festivals pretty hard. Why is that?

Probably because we never got a chance to do them. We broke up before anyone wanted us or asked us to do it. We did State Radio at Bonnaroo a few years ago and had a blast. Dispatch was just never on the radar for the people booking those big festivals till just recently. I think part of the reason for getting back together is doing stuff that we never got the chance to do, and enjoying each other and having a good time. 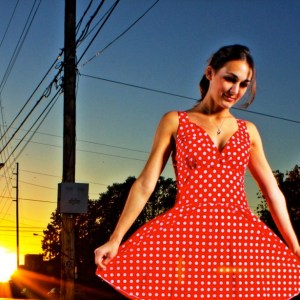 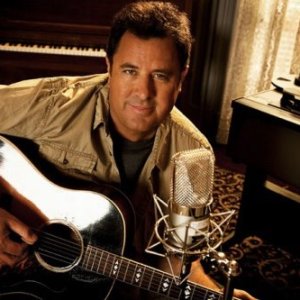