Two legendary rock groups, Dispatch, and O.A.R. will finally be sharing a stage in the summer of 2022. Today, the bands announced their tour will kick off on July 15 and include 37 dates throughout the U.S. The two bands will also be joined by special guests Robert Randolph Band and G. Love on select dates.

Both Dispatch and O.A.R. got their starts in the mid-1990s as heartland and indie rock groups, frequently appearing at similar events and even getting mistaken for each other, making this collaboration, 25 years later, inevitable.

“For the first three or four years of our career, we’d often see each other kind of weaving in and out of each other’s storylines. Then we didn’t see each other for a long time but there was always this idea that we eventually would get together,” Chadwick Stokes, co-founder of Dispatch, tells American Songwriter. “I think it was just a matter of everyone figuring out how their own individual lives fit with the band, and so the planets just kind of aligned.”

However, the planets didn’t align perfectly. This long-awaited collaboration was originally planned for the summer of 2020, but the COVID-19 pandemic sent the world home before it could be announced. Now the bands are not only eager to play together, but they’re also eager to be back in front of audiences.

“I think releasing the news now is more exciting than it would have been a couple of years ago just because there’s this collective exhale. We’re finally going back outdoors, we’re finally going into a big healthy tour after waiting for three years,” says Brad Corrigan, the other founder of Dispatch. “I think you start to appreciate the gift of music in such a profound way when you can’t do it. Like anything in life, as soon as you don’t have that freedom it gives you a totally different take on what it will be like to get back out there.”

O.A.R’s lead vocalist, Marc Roberge, chimes in about the return to live music feels like getting back to an identity that had been missing.

“Growing up, you didn’t want to be famous; you wanted to be a dues-paid touring musician who played shows and live music and had that connection, and we got that. And then, for two years, you take on a different identity as an artist at home creating things,” says Roberge. “For us to all get back to what our identity is as a traveling musician is hard to even put into words, so I’m excited for all of it.”

Members of both bands have earned the title of touring musicians, as their live performance achievements are no small feat. Dispatch broke molds as an independent group, selling out three nights at Madison Square Garden and amassing a crowd of over 100,000 at an outdoor concert in Boston with no major label backing. O.A.R. has also sold out Madison Square Garden multiple times and performed during Dick Clark’s Rockin’ New Year’s Eve from Times Square in 2014. The goal for this tour, according to O.A.R. drummer Chris Culos, is to reconnect with the fans and make every show special,

“We’re trying to provide the best experience possible and our goal is for people to feel like they were part of that experience. We basically want people to go home with a smile on their face even bigger than when they got there,” said Culos. “If you’re thinking of wanting to go to this concert with your best friends or a perfect date or something like that, this is that perfect summer night concert.” 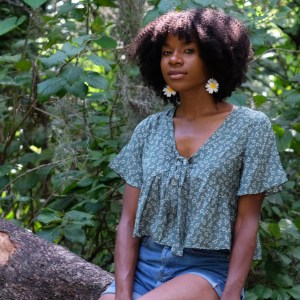