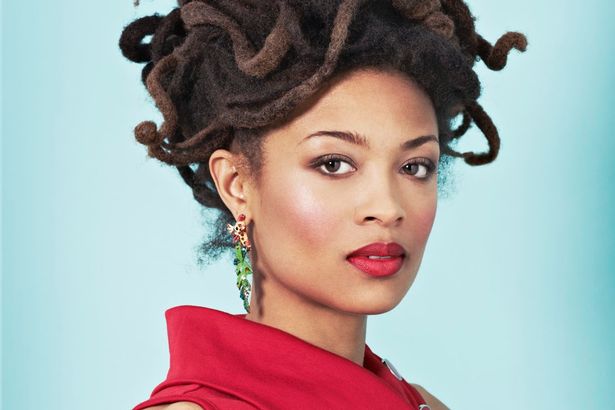 You may know Valerie June as the siren in red who accompanied Eric Church at the most recent ACM Awards. Or you might’ve heard her conjuring Nina Simone on Meshell Ndegeocello’s album last year, or pulling her weight in a roots revivalist string band alongside Luther Dickinson, Amy LaVere, Shannon McNally and Sharde Thomas before that, or serving as the subject of a mini-doc made by the director of Hustle & Flow even earlier.

There’s an equally good chance that you’re encountering the Tennessee-born, banjo- and guitar-picking songwriter for the very first time, since she’s been concentrating on promoting her music overseas, where European critics have crowned her an exotic creature and thrilled to her southern drawl. At long last, her album Pushin’ Against A Stone is due stateside, and you’ll find that her tradition-tweaking vision and voice immediately stand out.

You’ve had rootsy collaborators, like Luther Dickenson, Ketch Secor and Dan Auerbach, and you’ve also written songs with John Forte and contributed to Meshell Ndegeocello’s Nina Simone tribute album. Do you feel like you fit into each of their corners of the musical landscape?

I just think that it’s all music. While my heart is fully immersed in studying roots music and southern culture and southern music, it also hits me, the fact that music is bigger than me.

So when somebody like John or Meshell has asked me to do a project, I’ve been like, “Yeah, absolutely.” Because I do hear those things. I’m a songwriter first and foremost, like, I can write a song in almost any genre. That’s the most beautiful thing about what I’m doing, that I consider myself to be a songwriter and a storyteller. …I’m open to working with artists from all different backgrounds and different styles. Staying true to roots is also important to me. I do think that the best thing I can do is to learn more about how to write songs in every genre and work with as many people as I can.

In past interviews, you’ve talked about identifying with the storytellers in various genres. Nina Simone was, in her own way, a singular singer-songwriter, as is Meshell Ndegeocello. Do you think of yourself as tweaking or expanding on the popular notion of what a singer-songwriter is? Is that a label that you identify with?

More than anything, it is. I know a lot of musicians who’d be like, “I don’t want to be known as a singer-songwriter.” But that is what I am. Secondly I play instruments. First I write songs.

That was how it started. When I was really, really little, I was writin’ songs about rain and frogs and all kinds of silly stuff. As I got older, I started writing songs about anything that I could find a story around.

The thing with Nina Simone, and why I wanted to participate in Meshell’s project was because, first of all, I love Meshell and I think she’s brilliant. But also, Nine Simone was a southern woman who did so many genres of music. She was just so broad. She was political and she was beautiful and inspirational to me in so many ways. When I first heard her voice, I was 18 years old, and I hated it. I thought, “This is the worst thing I’ve ever heard in my life.”

What was it that turned you off?

Well, I was like, “How could somebody like the sound of that voice? It just is not a pleasant voice to my ear.” After a few years of living, and becoming a woman, I put on Nina Simone accidentally and I was like, “What is this? This is the best thing I’ve ever heard.” It took being a woman to listen to that music and appreciate it, to go from being a girl and having childhood experiences to feeling heartbreak, to feeling what it means to be divorced. When I listened to her music after I’d experienced things as a woman in this world, I was like, “There could be no better voice to express that.”

Your songs have a femininity about them, but that doesn’t mean they’re wistful or helpless. There is, after all, a murder ballad on your new album. And in the short documentary “$5 Cover” you talk about a song you wrote following a breakup — “No Drawers Blues,” I think it was called—about not letting anybody tell you how to be a lady. It seems like you live out this interesting tension between making music that draws on tradition and not letting yourself get hemmed in by traditional values.

I guess so. I don’t know. Sometimes I get a little flack from folks at home [in Tennessee]. They’ll be like, “How can you sing about killin’ somebody and then break off into ‘This World Is Not My Home’ gospel and then go into something about wearing no drawers?” To me, this is life, and the preacher is probably screwing around with the ladies in the church anyway. These are just stories. Just take ‘em lightly.

From what I’ve read, you also wrote a song about a former babysitter of yours who poisoned her abusive husband.

It’s called “The Story of Peggy Lee.” She was a country singer. She used to write songs. She would sing ‘em to me, but she didn’t sing ‘em to anybody else too much. She told me when she was taking care of me, “One day I’m gonna take my songs to Nashville and I’m gonna give ‘em to one of them country music singers.” But then she ended up dying of cancer and never did do anything with ‘em.

That was one of the stories that she told me, about her husband and how he was really abusive. My mom was like, “I can’t believe she told you that story. You were a kid. You didn’t need to hear that.” But I remember it.

Two of your co-writers on Pushin’ Against A Stone are Dan Auerbach and Booker T. Jones. Did you find yourself heading in particular directions stylistically depending on who you were working with?

Production-wise, that determined a lot about where the songs went. For example, if you listen to “The Hour,” when Dan and I first wrote it, it really sounded just like a folk song. But when you put a B3 organ behind it and all the production that they did… They layered up the music, then I went in and did my part. We could throw an upright bass behind it, pedal steel, slide, and it could sound just like a country song, and I could have my background vocals on there layered up like they are. Or we could do it like we did it, which it sounds more like a Stax girl group song.

It all comes down to the production. …I think that that’s what a producer’s job is, is to say, “How can we take this music and translate it so that the world can understand it?” So that’s what they do. As far as what I did on a song like that, I hear multi-layers of voices on everything I do almost. …After they laid down the music, then I went in and took about an hour and I layered all the voices the way that I was hearin’ ‘em.

If you really think about it, the way that I hear the voices is the same way that if I went to Church of Christ next Sunday or whenever, there would be the men doing their parts, the women doing their parts, then somebody just off on the side doing something crazy. It’s just what I’ve always been doing. I just did what I’ve always done from record to record.

One thing that is consistent about my music is that there’s layers of voices and that it’s a vocal-heavy kind of music. The only thing that connects a song like “Tennessee Time” to “Shotgun” and “Pushin’ Against a Stone” and “The Hour” is my voice. That’s the only consistent element on the whole record, because it’s all over the place.

You seem to have a good sense of yourself and what you want to be doing, but also the desire to get it out there. The fact that you value not only self-expression but also accessibility must shape choices you make.

That’s true. I’ve taken my time with that side of it. I guess after this record is out in the UK, then I’ll have a good answer as to whether I feel like it’s [right] for me to be in that [big of a spot] light or not. Because I haven’t made a decision about that yet.

I’ve seen a number of American roots artists find success first in the U.K., then promote their music in the U.S. You’ve already gotten high profile dates and press over there. How’s it all working out for you?

I found a great label there first before I found one in the States. I also kinda felt like the music, from the beginning, has been a slow walk for me, and I just wanted to keep it as slow as I possibly could. So dividing the world up into territories and just working one little area at a time was a good idea for me, I think. …If there was so much going on in the U.S. and in the U.K. all at one time, I think I probably would’ve lost my mind a little bit. I need to have the down time.

I’ve been coming back to Tennessee every other month. That’s been my pattern for the three years I’ve lived in New York, just to come home and chill at my parents’ house in Jackson. And there hasn’t really been time for that this year. So I’ll be happy to get back there before I have to go back for my next U.K. run. Because that kinda gives me the energy to do what I need to do, to be able to touch down at home and have time. I love to cook, and it’s really important for my health that I eat right.

I mean, all those things with being a traveling artist and being in the [spot]light, I have to think about all of that stuff, if that’s what I really, really want to do for the rest of my life or if I wanna go back to kinda doing it like I was doing it before—if that can happen.

Buzz acts don’t usually think a lot about trying to control the pace and scale of their careers. I respect the fact that you’re making your own, self-aware choices.

It’s all about the story, really: What story are people able to absorb and understand? Because I know on the level that I was doing music for the last four years, people were really absorbing those stories. And that’s why they gave me money to make a record, because, I mean, they felt it. They were moved by it. It wasn’t just hype or a pretty face or any of that. They really felt the music.

I feel that this record can be a great success, and I want that for it, but I also know that I want to share stories and I want to touch people and inspire people in the way that I’m moved when I listen to a folk song or a country-blues songs. And I want to study more of the heritage of the music and have time for those things. So it depends on how I can balance all of that. 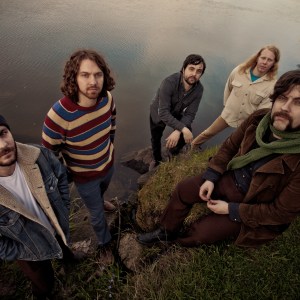 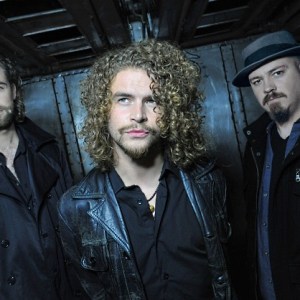