Lilly Hiatt’s forthcoming album Trinity Lane blends the Nashville-based artist’s honest lyricism with her driving roots-rock sound. And while the album paints a portrait of struggle and self-discovery, Hiatt is a person of lightheartedness and disarming warmth, staying long after the allotted interview time to discuss the experience of being a woman in the music industry and how she’s managed to secretly use her roommate’s half-and-half all year. She also spoke with us about writing the new record, the idiosyncrasies of East Nashville, and finding strength in her family. Read the conversation and check out Hiatt’s new single “Everything I Had” below.

Trinity Lane is the name of the street you live on in East Nashville, and it appears in the video for the album’s title track. How has living in Nashville informed your growth as an artist?

I definitely keep motivated here because they’re so many different types of creative folks, and that always keeps me on my toes. I’m from here so I’ve seen it change a lot, but with that change has come a lot of open doors too —t here’s been all kinds of music in and out of this town, so it’s expanded beyond the “Country Music USA” thing at this point. And you know, it’s just in the air. I like East Nashville because I’m sure I could ask any of the folks in there [points to a coffeeshop] and they’d say, “Oh yeah, I’m working on a record,” or “Oh yeah, I’m in a band”. That’s neat to be around. You kind of forget it when you’re here because you’re like “Yeah, everybody plays music,” but then anywhere else you go realize that that’s a really rare thing. Everyone’s kind of working on a dream here and encouraging people to dream here.

Your record seems to confront a great deal of pain from your past — covering loss, heartbreak, addiction, and more. What was it like to tackle those types of subjects in your songs?

I think that songwriting is my safe haven for all the things I’m processing in my mind, so it’s not really difficult putting that into the songs. It’s very cathartic to have a place for all that stuff. I felt so lonely when I was writing these songs, so that was a lift for me. I didn’t feel like going out, I didn’t feel like really participating in a lot of things when I was writing these songs. I felt like I was processing, and so sometimes I have to pull back when I’m doing that.

You talk about pulling back during the songwriting process, and I read recently that you also “leaned into your family” at times while working on the album. Can you elaborate on that?

I think at the end of the day the people who I feel like understand and accept me most for who I am, with all my oddities, are my family. We’re a really quirky and sensitive bunch of people and we’re different from one another, but we love each other a lot. And I felt like those were some of the only people who I wanted to be around because I was just so sensitive during that time of writing the songs. I was so sensitive I almost felt like “Am I too sensitive to participate in the world?” You know? And I know that’s an internal thing and you get over it, but I felt safe being that way around them. They weren’t going to judge me.

You started playing music with the band Shake Go Home in your twenties. Do you think your songwriting process has changed from then to now?

Totally, and it’s really funny because the other day I found an old EP of ours and I was like “I’m just going to pop this in”. I couldn’t listen very long — I hadn’t figured out my voice yet, so it was kind of painful for me to listen to it. [At the time] I was in college and I was reading a lot, so I think a lot of my writing was trying to be very smart and literate. I was in a lot of poetry classes in college and stuff like that, so it was very frilly writing. And I don’t think at that point in my life I was able to tap into the world via an emotional lens as deeply. I was just a college kid, so everything was kind of dramatic, trying to be poetic. That being said, though, when I was listening I did think that there was some good stuff in there — there was some fun imagery! But I feel like along the way the writing got a little more straightforward and less abstract. I was trying really hard to be poetic [laughs].

Are you interested in any other kinds of writing?

A lot of times when I’m feeling kind of overloaded with thoughts, I’ll just free write or journal-entry write. And that’s really helpful to me to sort through stuff in my brain. I used to write other things, like I used to write little stories and stuff. I haven’t done that in a long time and I think about that sometimes and how fun it would be to tap back into that. But I don’t know, my favorite thing to write is songs so I think, eh, I’ll probably just stick to that. But who knows? I would love to be able to review records, but you can’t as an artist and be honest because you burn a lot of bridges, you know what I mean? That would be another dream job of mine though because I feel like I would be good at it [laughs].

Do any of those old journal entries ever feature in your songwriting?

Sometimes there will be little lines that may stand out, or kind of concepts, but usually I don’t hang onto something I’ve written in the past and put it in something else. I feel like when I’m writing a song it kind of informs itself. Like it starts to get its own life. When I’m really tapped in I kind of feel like I’m not even in the driver’s seat anymore, like it’s just happening.

It is an awesome feeling, and it’s hard to get there because it takes a quiet mind. My friend said something really cool last night: “When you have a quiet mind there’s room for creativity”. So true!

You went with Michael Trent of Shovels & Rope to his South Carolina studio to record the album. Was that a decision that came out of a “quiet mind?”

Yeah, Michael and I talked a good amount before I went up there and I kind of felt it out for a little while thinking if it was the right idea, simply because I love Nashville and it’s my home and I had never made a record outside of Nashville. A little part of me at first was like, “No I want to do everything in East Nashville and keep it real local, because this is where I wrote all the songs and this is where it happened”. But once we talked and I realized how awesome he was and how quickly he taps into things — and then to have some geography to breathe new life and refresh things — I thought it would just be really good. And it was.

How did you hook up with Michael in the first place?

Kim Buie from New West, who’s been a really big champion and just supportive and great, she suggested it. I didn’t even know Michael produced things or that he produced their albums. But she was like “Hey, have you ever thought of him? He’s really cool.” I already knew him — not well — but I already knew him and Carrie and knew they were cool people, so that got the bug in my ear. And then we started chatting and I realized that we were on the same page. He asked me what kind of record I wanted to make and I had to think about it. I was sending him all these really sad songs — songs that ended up on the album — but songs that were really more acoustic slow-demos. But I said, “I want to make a rock record,” and he said, “I love rock and roll!” And that was our email, so I knew he could get on board with that. I like to work with people who are just naturally on the same page, so then they’re free to do their thing and I’m free to do mine. And I don’t have to micromanage everybody’s role because I don’t like to do that, you know? It limits things in my opinion. So that’s why we had a few conversations before we went out there and I was able to realize, “Oh yeah, you get it”.

Now that the record is complete, how do you think the songs will translate in a live setting?

We’ve had some stuff this summer and we won’t get really busy for about another month, but that’s a whole other ballgame, the live show. On the album there’s always the bells and whistles — like I can’t afford to bring a keyboard player out with me right now — so I think live we’re like a guitar band. It’ll be about figuring out how to be rockin’ but maintain dynamic. It just takes time and a little finesse, you know? We’re not for sure, but we’ll just sink our teeth into it as we go. “David Bowie” is really fun to play live. It feels good to play and we all get really excited to play it because it’s sludgy and grungy.

As Lilly is getting ready to leave, I mention an interview she did with a young girl named Piper.

Oh my god, that kid. It was a couple of years ago, but that kid killed me. She is so sweet. She’s such a little go-getter, too. Her older sister started it — kids interview bands with their dad — and then her older sister kind of came of age and was like “Eh, I’m a pre-teen now,” so it got passed down to Piper. She’s so matter-of-fact. I tried to ask her some questions during the interview but she just kept right on track. I love kids because they just don’t have any angle yet. It’s such an unfiltered perspective so it’s so honest, you know? Just being yourself. Her dad’s really cool too. He’s a music guy, and I think it’s really sweet when dads bond with their daughters via music. My dad and I listened to a lot of music together, and it’s just cool to see dads bond with their girls. Because, you know … it makes a big difference.

Did your dad influence your path to where you are now, in the songs you write or music you enjoy?

Oh totally, he’s probably the biggest influence, you know? His music is like the soundtrack to my life. I love my dad, and I’ve always really looked up to him — he didn’t get caught up in all the like … you know, show business can be dark. And you gotta really keep yourself grounded not to submit not to all those allurements of the glamorous lifestyle of being a musician. He’s an honest, good guy, and I admire that. 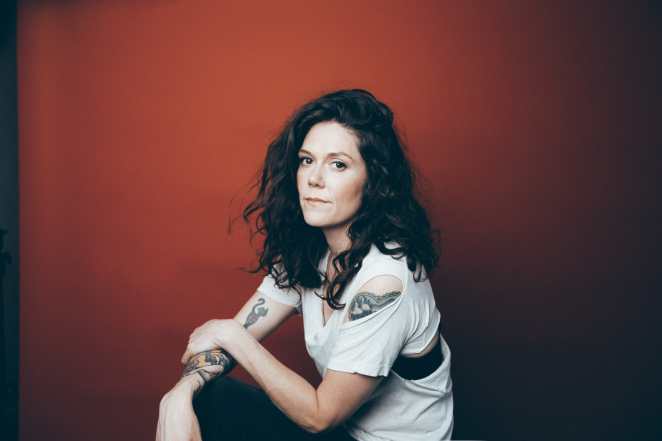 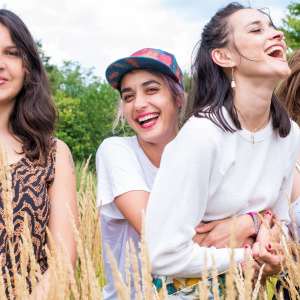 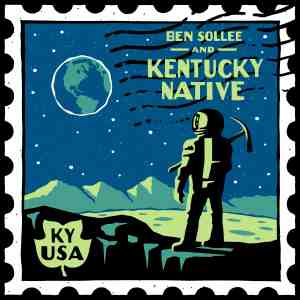