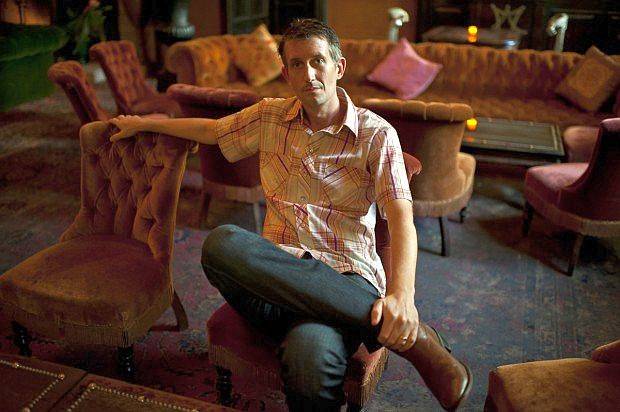 Dallas native and newly-touring troubadour Ronnie Fauss has been garnering a good bit of rightful acclaim thanks to his New West-imprint Normaltown Records debut; I am the Man You Know I’m Not. On the strength of a handful of self-released EPs over the past four years, the raspy-voiced Fauss has honed his writing to the sharp point it displays today. At times, Fauss’s stories recall Rhett Miller or Joe Pug, and at others, he clearly draws from the legends of his home-state such as Kris Kristofferson, or even Todd Snider.

What’s unique about the current state of Fauss’s career isn’t terribly distinctive on the surface. A family man in his thirties with a full-time job in Dallas that gigs on the weekends, hoping for an opportunity to breakthrough to reveal itself isn’t what put Fauss into rare company. The fact that such an opportunity has revealed itself – not magically, mind you, Fauss has long been a tireless writer, performer and promoter – to Fauss, and he now has the record deal, some critical acclaim and is in the midst of hitting more states than a Griswold Family vacation would typically terrorize. We recently caught up with Fauss, just as he returned from a few shows in New York to discuss small crowds, buddying up to disc-jockeys and covering iconic songs from legendary names.

Most music fans see a guy like yourself hitting their town for the first time and think he’s a “new” artist. Does it feel that way to you when going from hometown gigs to new places and unfamiliar faces?

Oh, definitely. I still feel new myself in those situations. I just played my first shows on the east coast this past weekend, and aside from a handful of friends, I was new to everyone in the room. I like that. The clean slate is nice.

You’re now gigging on both coasts and plenty in-between. For a family man that’s still straddling the line of performing artist and stable provider, how does it all work for you?

Leaving the kiddos behind is pretty hard. My road trips average three or four days away from home, which isn’t the most efficient model in the world, but it’s what makes sense for me. It’s just a line that I have to balance all the time, and it keeps me on my toes. I will say that when I’m home I have so much more appreciation for the simple moments. When I wake up in a hotel room a thousand miles away, I definitely miss my kids dive-bombing on me in the mornings.

How different is this entire scenario for you now, at this age, than you think it would’ve been in your early 20’s?

Well, the advantage of doing it in your early 20’s is that in a lot of cases, with less responsibilities, you have more of a license to jump in a van and kamikaze-tour your way in a van across the country, building a fan base the hard, slow, effective way. The advantage of doing it in your late 30’s is that, at least for me, I’ve lived a little more and gone through some things that fuel my songwriting. I hadn’t done enough 15 years ago to have anything worth saying. I had to live a little more. That’s not the case for everyone. Some of my favorite artists are, or were, putting out great music at a super young age, but that’s not my path. There was an arc of my own life that I had to let play out, and to my eyes, everything’s the better for it – it’s perfect.

You’ve long been an active presence online and have partnered with many blogs to help get the word out on your music. Even with that, is getting radio spins form various NPR and indie Americana stations still the best vehicle for promotion, or has that changed?

Yes, I do think radio is still the way to go in terms of getting your music to new people. I’ve developed a new level of respect for the art of radio programming and DJ-ing. There are so many great ones out there who hold true to the old form of a radio-show format. There’s this whole hidden world out there of people who still cultivate that art, and they have a fanbase that listens to them. Getting airplay on some of these Americana shows has been an honor.

On your record, you tackle the Gram Parson’s classic “Sin City” with your label-mate, Lilly Hiatt on harmonies. A lot of artists try to steer clear of tunes like that, since they’re so iconic. Did you have any hesitation at all?

The iconic status of the song didn’t scare me off, though maybe it should have! Maybe I was too dumb to know better. My instinct was to pay homage to a forefather of the genre. I’ve been covering that song live for a few years and the fact that my delivery of it is pretty different from the original helped me decide to include it. People either love that I covered it, or they didn’t like it all, there wasn’t a lot of in between.

For an artist hitting so many clubs and cities for the first time, there has to be some low-moments. Is there one that sticks out? How do you combat those when they occur?

You certainly have to fight through some sparse rooms when you’re getting started, but my most memorable low happened at home in Dallas, actually. There was one show a few years ago where I forgot a line, dropped my pick, broke a string, and kicked over the microphone stand all in the same instant. It was so ridiculous that I immediately had great respect for the moment. I just thought to myself, “Something like this will never happen again, hopefully!” 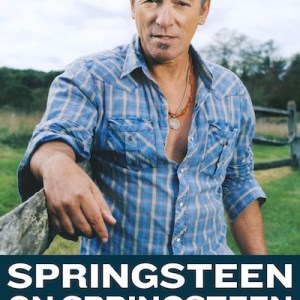 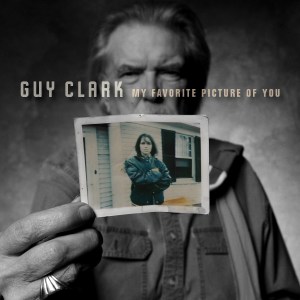