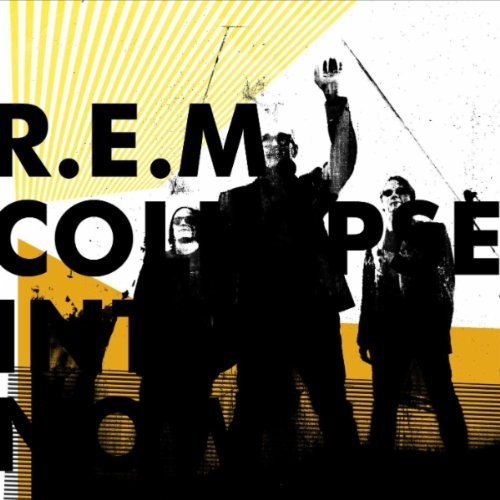 In its 30 years together, R.E.M. has always operated with the understanding that it’s better to dive off the deep end in search of new directions than tread water in one spot, safely avoiding risk only to assure irrelevance.

That’s as it should be, yet the band’s adventurousness and efforts to find equilibrium after drummer Bill Berry’s departure have caused persistent murmurs that Michael Stipe, Mike Mills and Peter Buck would never equal R.E.M.’s greatest triumph: Automatic For The People – or even its prelude, Out Of Time. This, despite the fact that 2008’s Accelerate was a well-received back-to-the-future rebirth of sorts, a successful attempt to unearth the roots that made R.E.M. the unique entity it is – the band that more or less invented college rock by merging a garage aesthetic with pop sensibilities, then rose to supergroup status and, finally, the institution it is today.

For Collapse Into Now, the band decided to revisit the well of their own history, eschewing quirky explorations for songs that hark back to the Automatic era, lyrically, musically or simply in vibe, if not mood (this is a happier, more settled disc, after all; Automatic deals with Stipe’s mother’s death). They also returned to Accelerate producer Jacknife Lee, recording in New Orleans and Berlin, and overdubbing in Nashville. With support by regular sidemen Scott McCaughey and Bill Rieflin and some well-placed guests, they’ve succeeded in crafting a disc that, in Stipe’s parlance, “doesn’t suck.”

The first two cuts are rockers that could have been Accelerate outtakes. “Discoverer” revisits the Houston of that album, making the sprawling city sound positively romantic; “All The Best” contains the chorus, “let’s sing and rhyme/let’s give it one more time/let’s show the kids how to do it/fine, fine, fine.”

But it’s the third track, “Überlin,” in which you half-expect to hear Stipe sing, “Hey, kids, rock and roll.” It’s so reminiscent of Automatic’s “Drive,” but with a “Losing My Religion” feel (and Buck’s acoustic guitar subbing for “Drive’s” searing electric and “Religion”’s mandolin) and the wondrous lyrics of “Man On The Moon.” This time, Stipe sings about change, with this uplifting chorus: “I am flying on a star into a meteor tonight/I am flying on a star star star/I will make it through the day and then the day/becomes the night/I will make it through the night.”

Whether he means the change of a divisive wall falling or something else entirely is open to conjecture. That’s not the case with “Oh My Heart,” in which his soaring vocals relate his protagonist’s return to post-Katrina New Orleans over Buck’s mandolin, McCaughey’s accordion and a majestic hometown horn section.

“It Happened Today” features vocalists Joel Gibb and Eddie Vedder, whose wordless circling around Stipe’s voice (which sounds extraordinary throughout the album), lends an operatic feel. “Everyday Is Yours To Win” is a sweet and pretty pop ballad; “Mine Smells Like Honey” is another rocker with a catchy chorus and more of Mills’ high harmonies. Usually, his vocals are well-placed, except on the otherwise gorgeous ballad “Walk It Back,” which would have been stronger with Stipe soloing. But Peaches’ Kate Pierson-like contribution to “Alligator Aviator Autopilot Antimatter” makes this retro rocker even more fun (and Lenny Kaye’s guitar doesn’t hurt).

The album’s final cuts are the true stunners, though. “Me, Marlon Brando, Marlon Brando And I” is just beautiful, melodically and lyrically, elevated even further by Buck’s elegant mandolin. It’s followed by “Blue,” in which Stipe’s rapid-fire spoken-word recitation flows into Patti Smith’s swirling vocal, which builds into droning guitar and a keening “Discoverer” reprise.

If you’re wondering whether these tracks approach (or as the band contends, exceed) the power of Automatic’s move-you-to-tears “Everybody Hurts” or “Try Not To Breathe,” or its transcendent “Nightswimming” or pogo-dance-inspiring “Man On The Moon” – or whether they might make you swoon like “Fall On Me,” Stipe’s (and this writer’s) favorite R.E.M. tune – the answer is, well, maybe. Give Collapse a few listens. The potential is there. 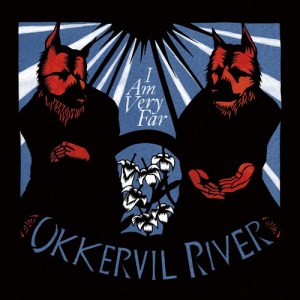