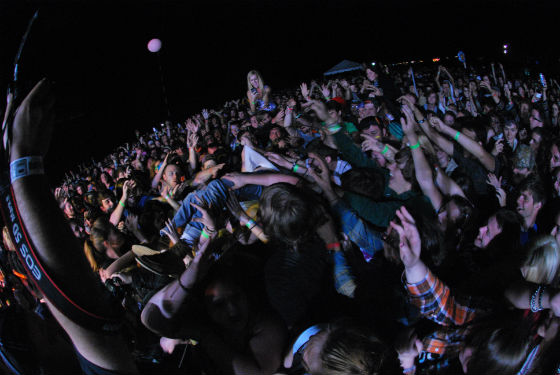 Settled in the outskirts of Bowling Green, Kentucky, the Starry Nights Music and Arts Festival is remarkably unique. There exists a hometown atmosphere that cannot be found in any other festival in the country. Bowling Green’s own Cage the Elephant curates the annual event, bringing in an eclectic mixture of music to the festival grounds.

There were two stages, the Big Dipper and Little Dipper, which bands on Saturday rotated back and forth throughout the day playing hour-long sets. Here’s a recap of some of the bands that exemplified the Starry Nights experience. 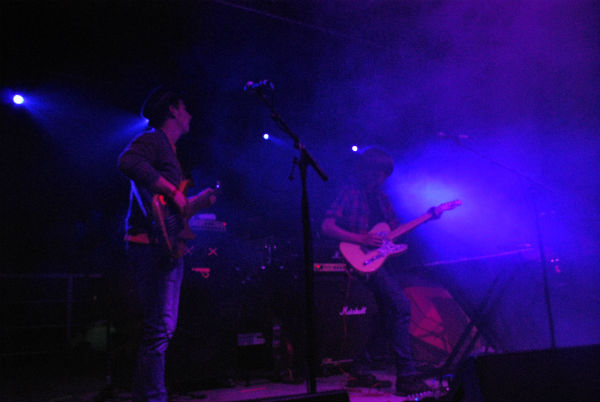 When listening to the music these guys make, whether it’s a recording or a live show, there is an ever-present need for irregularity as each song progresses. Just when you think you know where the song is going, it heads in a completely different direction. However, you can’t help but be all right with it.

They were “burdened” with the late-night time slot (1:00-2:00), and they ran with it. They grabbed what they could from Mimosa’s audience while maintaining their own die-hards. Another fellow Bowling Green-native, Morning Teleportation is comprised of lead vocalist and guitarist Tiger Merritt, vocalist and keyboardist Travis Goodwin, drummer Tres Coker, and filling in on bass, Jason Williams of Canago.

The majority of the set list consisted of songs from the band’s major-label debut album, produced by indie rock legend and Modest Mouse frontman Isaac Brock. During the finale, the band brought out Canago’s Craig Brown to perform the chaotic and psychedelic “Snow Frog Vs. Motor Cobra.” The band left the stage to cheers and chants for more music. 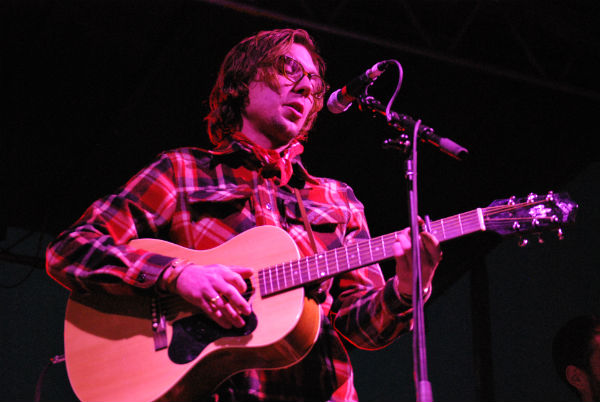 His live show is very much a collective effort. Electric and steel guitarist Paul Niehaus, upright bass player Vince Ilagan and drummer John Radford make up Townes Earle’s backing band. The delivery of his performance would not have been possible if it weren’t for such a great group of musicians backing him up.

Together, they played “Am I That Lonely Tonight?,” “Maria,” “Look the Other Way” and “Nothing’s Gonna Change the Way You Feel About Me Now” among others. The most entertaining part of the show was hearing Townes Earle talk about what he feels is wrong with contemporary country music and how it lacks a distinct blues influence that once made it so appealing during which his band left the stage and he went into a heartfelt cover of Lightnin’ Hopkins’ “Automobile Blues.” It was easily one of the most memorable moments of the entire festival. 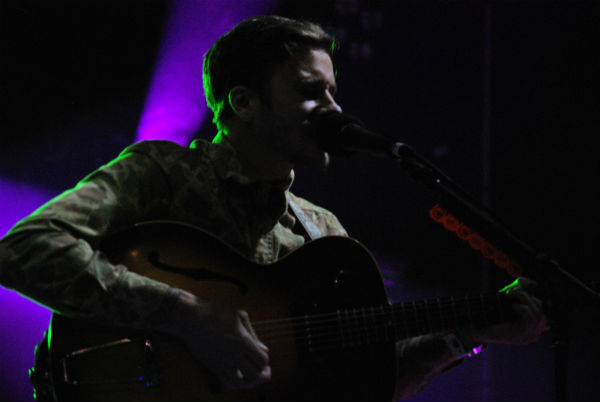 It was psychedelic chaos. As soon as they came to the stage, the crowd lost it. The band’s hour-long set was maybe the most energized performance of the entire festival. The most interesting aspect of the band’s live show is its ability to incorporate the audience, something that comes naturally to the eight-year project.

They played 11 songs total, opening with hits from their new album In the Mountain in the Cloud, including “All Your Light,” “So American” and “Got It All” before closing with “Sleep Forever.” They also played “And I” from the band’s 2008 release Censored Colors. Another unforgettable Starry Nights moment came in the middle of the set when Gourley led the audience in a near flawless rendition of The Beatles’ “Helter Skelter” while the rest of the band sang along in harmony. 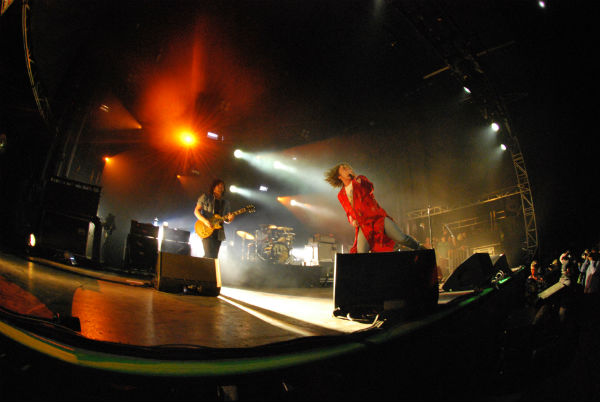 Once these guys began playing, it became clearly evident that this was their baby. All throughout the festival, audiences gave their approval through a response of sorts. Cage the Elephant showed its true colors by giving Bowling Green something more than a show. It was a party. It was an event. More than anything, it was a festival.

As hometown heroes of Bowling Green, the band’s persona is epitomized by lead singer Matt Shultz. Shultz strutted around stage and made several stage dives while screaming the lyrics to every song with a redeemable sense of emotion.

They rolled through songs from their debut self-titled album, including “Back Stabbin’ Betty,” “Back Against the Wall” and “In One Ear” before closing with “Ain’t No Rest For The Wicked.” They also played several songs from their 2011 release Thank You, Happy Birthday, including “2024,” “Flow,” and “Aberdeen.” There were no stars out, but fireworks were set off during the hit single “Shake Me Down.” 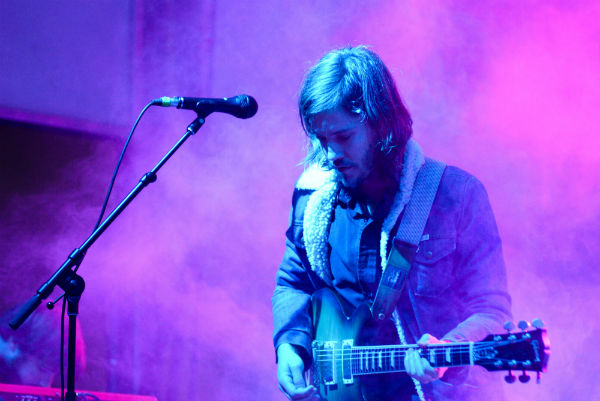 There were no space suits like in 2010. There were only the members of Moon Taxi dressed in civilian clothes, but that’s all that was necessary for them to get raved as the best band at Starry Nights. It was all so perfect. They were spot on in nearly every aspect of showmanship. Along with Canago and Morning Teleportation, Moon Taxi has been a part of Starry Nights since its beginning. The band headlined the festival during its first two years and played a similar role this year, following up Cage the Elephant on the Little Dipper.

The Nashville-based band combines elements of funk and progressive and indie rock to craft their brand of music. Lead singer and guitarist Trevor Terndrup is the band’s frontman, accompanied by guitarist Spencer Thomson, keyboard player Wes Bailey, drummer Tyler Ritter and bassist Tommy Putnam. The appearance of their live show was nothing gaudy but rather a flawless musical performance.

“Cabaret,” “All the Rage,” “Hypnus” and “Mercury” were just a few of the songs Moon Taxi played. The lights dimmed down and the show appeared to be over as the band began to play the opening beat to a familiar 90’s tune. With as much emotion as Trent Reznor himself, Terndrup led the audience in a fantastic cover of the Nine Inch Nails’ “Closer.” It only took an hour, but Moon Taxi used every minute to give the Starry Nights audience a lasting experience. 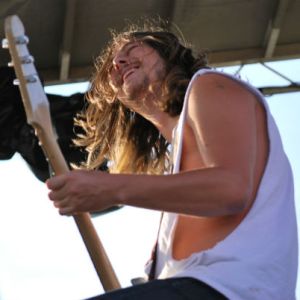 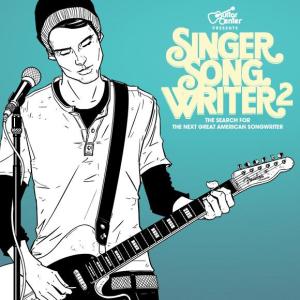