The Haunt is very candid when it comes to their sound and aptitude across their first two EPs, the second to come this fall and looks onto ideas of anxiety and the highs and lows of relationships, enveloped in a sound that is more matured and evolved as the two primary songwriters experience coming of age.

“When we started writing for this album, we had a few songs before that didn’t make the first album and then we went on tour with Palaye Royale and so we were writing on the road which was a totally different experience,” guitarist Maxamillion Haunt told American Songwriter. “I think that inspired a lot of the sounds on the new record and it’s much more developed.”

The leading single “Brag About” out later this month, from the group’s anticipated sophomore EP, elaborates on deep-cutting emotions as a result of long-distant relationships, not just romantic, but family and friends too. Haunt with his sister Anastasia Grace wrote the song while thousands of miles away from their loved ones where the distance was devastating at times.

“The tour experience is life changing and I wouldn’t trade it for anything,” Haunt said. “But when you’re away the down side is watching everyone you care about go about their life and progressing. It’s like you’re in a time capsule.”

Haunt wrote the majority of the lyrics for the single while Grace contributed to the melody and instrumentals, while both were in a hotel room in Prague during their 2018-2019 tour.

“It really kind of encapsulates the feeling of the song, because there’s pretty much nowhere farther from home than Prague,” the Florida natives said.

The quartet who found early success with well-received singles “All Went Black” in 2017, a song Grace wrote after experiencing bullying as a teen and “Cigarettes and Feelings” and “Why Are You So Cold?” do admit some nervousness over the new EP, but describe it as more of an excitement and feel secure that their fans will like the songs because they are not too far off from their original sound and style.

Haunt describes the biggest difference between their debut and the new EP is the production quality, a construct they worked on enriching with producer Matt Good, who has transformed sounds for Asking Alexandria, Sleeping With Sirens and The Word Alive. The other part of it is “just growing up”, Haunt explained.

“Matt is an incredible creative mind,” Haunt said. “The work he did for this album will definitely be one of the staple points of what made this album sound so much higher in production value. The experience with him was awesome and flying out to Phoenix and recording the album in the desert, had a lot of influence on the writing experience.”

“And a lot of it had to do with the maturity of our writing,” Haunt added about the development of their second EP. “Ana wrote ‘All Went Black’ when she was 12, so we have definitely matured as writers.”

“All Went Black” set a momentum in place for The Haunt and gave them a start point to jump off from. The group now focuses on ideas of mental wellness and anxiety, making them regular themes across their songs as they state their stance on anti-bullying and the importance of civility, an outlook they do their best to adhere to with each other, but at times is challenging as siblings and co-workers.

“It’s mostly great,” Haunt laughingly said about their dynamic. “We fight here and there, but a lot more in the beginning. Now our heads are much more in the same place, since we’ve been doing this for more than five years. We’ve definitely gotten to a place where we have very minor disagreements.  When we first started the band, we were not this close. The band has made us best friends.”

As touring and performing have been the backbone for the quartet that includes Nick Lewert and Natalie Smallish, they are asking what their future will look like as musicians during a pandemic that has their hands tied. Recently wrangling a major distributor for the upcoming release, they are now readying for some highly anticipated live streams, both acoustic and full band formations, while they also mentally prepare to fulfill their next dream of headlining.

“Brag About” will be available everywhere, on all major streaming platforms on July 31. Don’t forget to follow The Haunt for more details about their upcoming EP, anticipated this fall. Pre-save it right here! 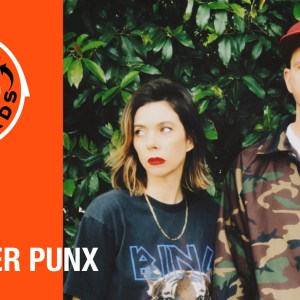