Born in Philadelphia and raised in New Jersey, Page McConnell was attending Goddard College in Plainfield, Vermont when he began playing with Phish—initially as a friend and guest in the spring of 1985; soon in the defining quartet with singer-guitarist Trey Anastasio, drummer Jon Fishman, and bassist Mike Gordon. McConnell’s senior thesis at Goddard, published in 1987, titled “The Art of Improvisation,” served as a creed for Phish’s jubilant specialty that still endures over three decades later. “So much of what we do in our improvisations is go for these peaks,” he explains. “You can feel them, the waves starting to crest.”

On a non-tour-related holiday to Iceland, when leisure travel was still a thing last January, McConnell uncovered a steadier sonic approach he wanted to incorporate into his solo artistry. Maybe We’re the Visitors is the third album under his name, and follows Unsung Cities and Movies Never Made (2013). The nine-track collection boasts lush instrumentation throughout, barring the necessity of lyrical content for the celestial storytelling to shine. Performed entirely with synthesizers, the album is the most personal of his discography as it has lived in his mind for a long time. He continues, “I wanted more of a constant energy—bubbling along, not necessarily realized.

Maybe We’re the Visitors was written and recorded in Iceland and in Burlington, Vermont. The release was heralded earlier in the week with the album’s first song, “Radio Silence.”

McConnell began playing piano at age four and formally studied composition and improvisation along with, in one college class, the aesthetics of British producer and ambient-music pioneer Brian Eno. He studied harmonics and theory until he felt capable to play them, wield synths to evoke melodies. “To show me where the music could go by the sounds I was creating, I had to understand the gear, and it had to work with me,” he explains. “It was always my goal to get to this point—where the synths inspire me and the melodies.”

“Passage,” for example, is three minutes of streaking light with no stated rhythm but a steady, implied momentum in “this journey of nothingness,” as McConnell puts it, “like you’re in a shuttle craft over one of Jupiter’s moons.” Other pieces such as “Terra Incognita,” “The Settlement” and “Set in Stone” reveal McConnell’s lifelong passion for the funk, blues and jazz of New Orleans, especially his 21st Century side trips in Vida Blue—a trio with Crescent City drummer Russell Batiste and bassist Oteil Burbridge—and the Meter Men, an R&B powerhouse featuring guitarist Leo Nocentelli, bassist George Porter, Jr. and drummer Zigaboo Modeliste of the original Meters.

Maybe We’re the Visitors is unlike anything McConnell had recorded. It’s an imaginary voyage of fully electronic pieces created on location, in response to the epic landscapes, dramatic weather and geologic fury that he experienced in Iceland. He also came back energized and determined to keep going amid, indeed despite, lockdown. 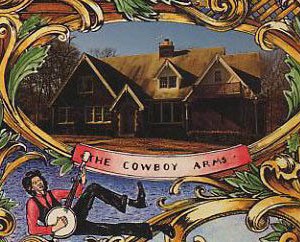 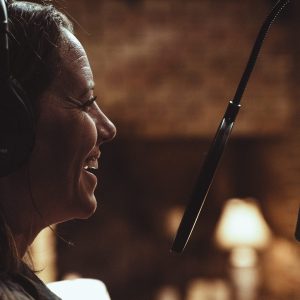