Davy Knowles
What Happens Next
(Provogue)
3 out of 5 stars

The highly respected Knowles (Peter Frampton produced an earlier set) realized it was necessary to focus on crafting strong tunes for his third solo effort, restraining his exciting guitar playing, at least in the studio. He is only partially successful.

Knowles and producer Eric Corne pen these dozen selections, sometimes together, with the intent of keeping the material short, tight and pointed. Since about half the tracks clock in at under four minutes, that part is figured out. But the majority of these melodies don’t click.

Additionally, Knowles doesn’t have a particularly distinctive voice or a compelling lyrical sense. While nothing is awful, most of these blues rockers hover between acceptable and a little bland. Corne’s production, mixing, and recording are also on the muddy side which doesn’t do Knowles or the material any favors. And his backing band is adequate yet faceless and doesn’t provide the sparks needed to push these rootsy/bluesy rockers.

There are some standouts though. The slow creep of “Devil and the Deep Blue Sea” has a gripping swampy edge, a tough slide solo, and some backward tape maneuvering to make it stand out. “When the Nightmare’s Over” kicks in with a rugged riff that infuses some oomph, and the piano-led “River” is an Elton John styled ballad that finds its low key groove and has a chorus of Someday that river’s gonna run to you that’s haunting in a Mark Knopfler way.

But generally, the material is less impressive. The thumping “The Jean Genie”-styled rhythm of “One & the Same” is as uninspired as the song’s title, the repeated lick of “Side Show” and its you done me wrong lyrics are tired before its chorus kicks in, and the pounding drums pushing “Solid Ground” feel forced and lack crispness.

Anyone who has seen Davy Knowles live knows the high octane power he exudes and how potent a guitarist he is. Although he’s trying, little of that shines through here. His energy and good intentions make this a satisfactory, occasionally enjoyable, intermittently inspired release for existing fans but one unlikely to generate many new ones. 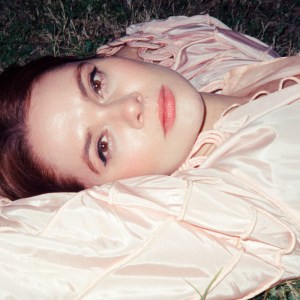