Long known as helmsmen of the so-called “nu-folk” movement, Fleet Foxes might never be expected to share an uproarious attitude. Consequently, it ought to come as little surprise that the aptly titled live retrospective A Very Lonely Solstice is as spare as the name suggests. Recorded digitally from a virtual concert at the St. Ann & The Holy Trinity Church in Brooklyn, the focus falls entirely on the band’s helmsman and chief instigator Robin Pecknold, who performs solo save for opening track “Wading in Waist-High Water” and the album closer, “Can I Believe You” which finds him in the company of the Resistance Revival Chorus, a choir consisting of women and nonbinary singers, and the final track, “Can I Believe You.” Otherwise, it’s mostly the strum of his acoustic guitar that accompanies the heartfelt yearning conveyed by his voice.

Of course, one might wonder why the other members of the band were absent from the proceedings, given the fact that guitarist Skyler Skjelest, keyboardist Casey Wescott and bassist Christian Wargo in particular have been with the band since its origins in 2006. (Drummer Homer Steinweiss, the only outside musician, substitutes for Wargo on the aforementioned “Can I Believe You.”) Nevertheless, even with its belated physical release, the Fleet Foxes banner remains intact given that its array of offerings from the group’s four studio albums makes A Very Lonely Solstice an ideal retrospective. So too, a tender take on the otherwise obscure Bee Gees song “In the Morning” and the folk standard “Silver Dagger” fit the format in ways one might expect.

So too, the fact that the performance was recorded during the winter solstice adds an atmospheric presence that underscores the melancholy mood of Pecknold’s lonely laments. Whether it marks the start of a solo career or simply a stopgap prior to Fleet Foxes’ next album remains to be seen. Either way, it makes for a sublime seasonal celebration indeed. 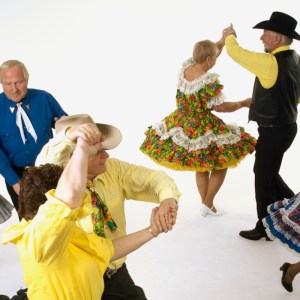